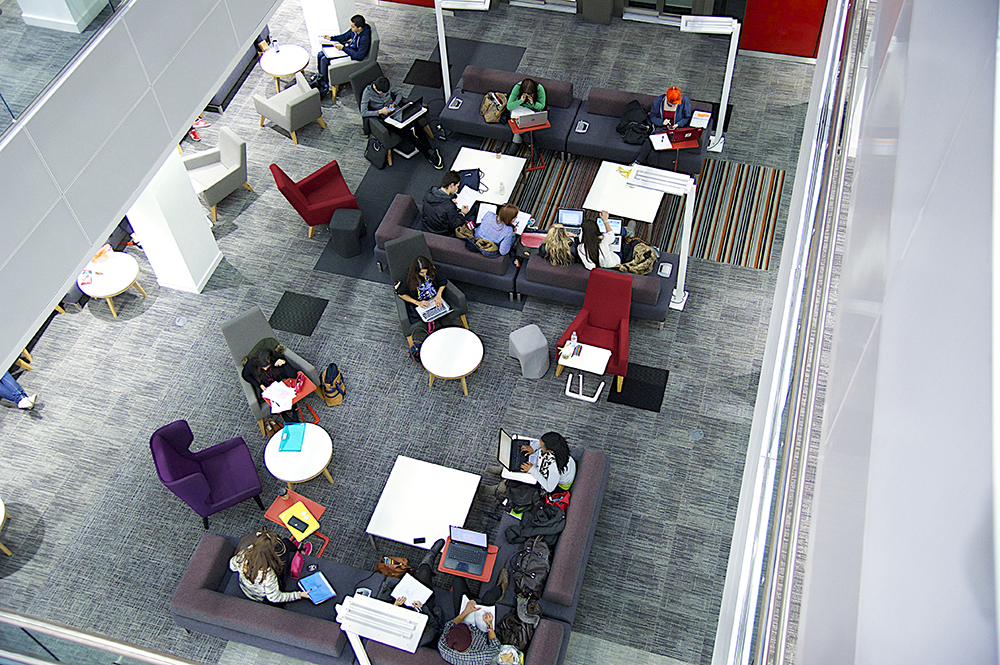 My name is Neve and I have just finished my first year at Manchester, during which I studied English Language with French as a Minor in the Flexible Honors scheme. What this means is I study 80 English credits and 40 credits French each year (120 credits is the total you need to take), and instead of having a year abroad in France, it is limited to eight weeks in the summer after second year. I chose this combination as I have a love-hate relationship with French due to me clashing with previous teachers, which we all know makes learning far more difficult! My decision to study less French with the option to drop it at the end of the year if my passion for it dwindled really appealed to me; English has always been an enjoyable subject for me, so I knew at least one part of my course would be fulfilling. Now that I have completed the first year, I’m pleased to say I have really enjoyed my studies of both languages and think I will be sticking with them!

In the English side of my course, we covered grammar, corpus study (using large volumes of text to analyse how common or when certain features are used), phonology and historical varieties of English, whilst French studies was made up of a language module and ‘Identity in Modern France’. The variety of topics covered both within modules and overall this year was really useful in helping me realise the path I wanted my studies to follow in subsequent years. The broadness of the English options not only taught the different foundations of the English language, but gave an insight into current and future ways research into them can be conducted. For example, in the corpus study module called ‘Text to Linguistic Evidence’, we analysed large amounts of language using specialist software and discussed how our findings could have real-world use outside of academia, for example in crime solving. Unfortunately, I soon learned this area was not enthralling for me, but nonetheless, the staff helped me learn new skills despite my lack of enthusiasm, and my final marks for it have made me quite proud. My favourite English module was History and Varieties of English, taught in semester two, because we looked at the entire evolution of the English language from its emergence to modern day. We explored the historical, cultural and social triggers for changes and discussed how the language was used in different periods and by whom. Analysing Old and Middle English texts was something I never thought I’d enjoy, but by applying what we’d learnt about the formation of language in different periods to unseen extracts, it became like solving a puzzle! By the end of the module, I was able to not only distinguish the time periods texts were written in, but the dialect they were written in too. This felt quite an achievement as, upon first glance, you’d think they were written in a different language!

During my French language studies, in spite of the issues caused by online learning of a language, my written competency has improved drastically; some grammar points I’ve continually struggled with suddenly make sense! There was still a good level of interaction between students in the online seminars, and with all teaching done in French (unless a point needed clarifying in English), the language quickly became second nature again, despite the long summer holidays preceding university. In honesty, I had no idea what to expect in my other module, ‘Identity in Modern France’, which turned out to be the study of key historical events in France, their impact on society, and thus French national identity. We studied the fluidity and ambiguity of the term ‘identity’, looking at how historical events have altered its meaning and perceptions, both on an individual and national level. I found the module fascinating, and was especially captivated by the topical subject of Mai ‘68, the time of prevalent student riots! The protests began at universities in Paris, with students wanting more rights, but soon workers’ unions joined to protest their rights, and other citizens lept on the movement to preach support with wider causes too, such as pacifism in regards to the Vietnam war. With the module’s lectures and seminars being in French it was really enjoyable to discuss in my second language. Another appealing aspect of the module is that essays can be written in French or English. I chose to write in English but cite many French-written texts as this way helped improve my essay-writing skills overall whilst practicing reading French. For me, I thought taking the entirety of the module in French too scary, but upon reflection, owing to it being taught and resources being in French, I think I should have pushed myself to do this.

Overall, I was surprised at how fun this year has been. In spite of the obvious challenges, the university has captured and retained my attention long enough to show me the vast study opportunities available to me, and I look forward to learning more. For me, studying online was hugely beneficial as it cut out the need to spend over an hour commuting each way and has enhanced my experience of university by helping me manage my time better. An added bonus is being able to largely choose when to complete my workload, which I often only did when raining!