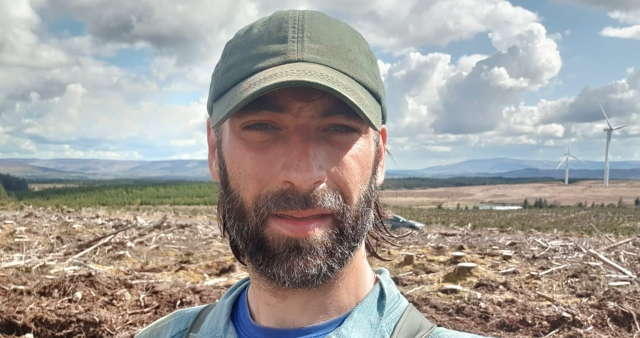 Daniel Monaghan, a graduate of MA Educational Leadership, has had a varied and exciting career since graduating from Manchester. Here he shares the story of his career, which has taken him from teaching in inner city schools to senior leadership development roles at high profile organisations Teach First and The Hut Group. He now runs his own leadership development business, alongside training as a forester, with the aim of working as a forest school teacher, inspiring children through providing them access to nature.

On choosing to study at Manchester

Dan initially studied a BA and MA in English Literature at The University of Manchester before training to become a primary school teacher through the Teach First programme. He explains his reasons for choosing Manchester;

“Manchester is a great institution that takes its role as an institute of higher learning and knowledge very seriously. I thought it was well respected and the city itself is a draw.

“I was able to study the MA Educational Leadership thanks to sponsorship from Teach First. I was placed in the North West Region, where Manchester was the sponsoring institution.”

On working as a primary school teacher

Initially graduating in 2010, in a time of economic recession and austerity in the UK, Dan chose to train as primary school teacher as he wanted to work in the public sector and make positive difference in society. This role provided both inspiration and challenges;

“Working with children and education was an untapped well of fascination with humanity and how we grow up. I got to see first-hand the little miracles of the classroom as children light up inside, and witness some of the damage that persists in the lived experiences of communities left behind in the last boom.

“There is, unfortunately, a lot of human suffering out there in the lives of the most vulnerable, and the encounters I had with these children during six years working in the education system in the North West of England left an impression.”

On launching a career in leadership development

After several years teaching Dan remained with Teach First but moved on to leadership development roles within the organisation eventually moving on to similar senior roles at The Hut Group, a fast growing British tech start up company. He discusses his motivation for this shift in focus and how skills from his MA in Educational Leadership supported him;

“After leaving education I became fascinated with leadership development and working with high-performing organisations and individuals. I followed this interest into three hectic years as the Associate Director of Leadership Development at THG, a high-growth, high-pace technology and retail conglomerate.

“My time at Manchester helped me to apply a systematic and data driven view to complex real world people problems. This, it turned out, is a rare and valuable skill.”

On setting up his own business and forest school

The events of 2020 prompted Dan to re-assess his career and find new ways to have a positive impact through coaching, nature-based education and forestry;

“While looking for ways to regain the ‘making a difference’ factor that I had definitely lost the further away I moved from the classroom, I was introduced to forest schools and nature-based educational principles through the work of Danny English. I immediately saw that children’s access to nature is ready to become one of the main issues of our time. 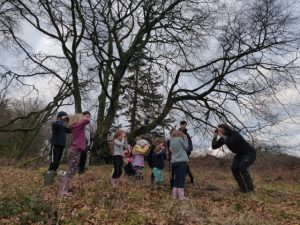 “This is the lasting impact of the lessons that my time on the MA taught me – the idea that at the end of the lecture, when the books are shut, there are real kids out there, living real lives and are we doing enough for them?”

Having undertaken some forestry training and planted fifty thousand trees this season, Danny aims to have his own forest by next year and be working as a forest school teacher with communities across Northern Ireland.

“’Express the Best’ is a phrase I’ve used in my own life to try and capture the creative edge, or flow that I associate with my best moments in life. I believe that we can live more moments like that if we understand ourselves better, and that for me was moving back to Ireland and going back to agricultural college to train as a forester. Best for me, means planting more trees back home in Northern Ireland, the most deforested corner of Europe; starting community forest schools and orchards; and working with people as a coach and a guide to explore the best of themselves, often through transitions of great change and uncertainty.”