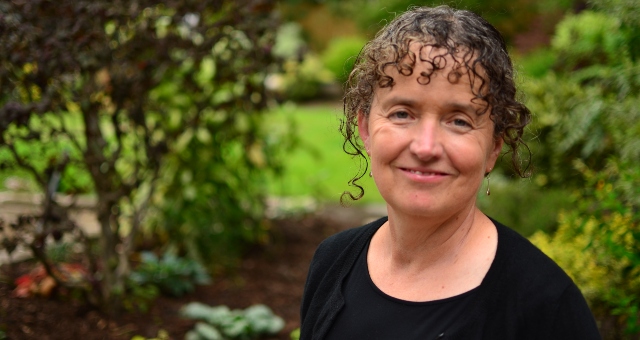 Meet Rachel Griffith, Economics Professor and Research Director of the Institute for Fiscal Studies (IFS). In her academic spotlight, she shares her career journey and passion for helping the most vulnerable in society through her work on policies to combat rising obesity.

I grew up in the US. I didn’t enjoy school and dropped out and never finished high school. I worked as a waitress and realised how boring that was going to be, and so went back and took the Graduate Equivalency Degree (GED) so that I could go to university. I don’t think this has harmed my career much, I think time out of education can help to focus your mind. Also, I am the youngest of four and grew up in an environment where people were always debating current events. From a young age, I was expected to argue my position. It was great training to be an academic, and I’m sure it helped to give me the confidence to put my ideas forward.

After getting my undergraduate degree I worked in various charities and the private sector. When I was 30, I got a job at the Institute for Fiscal Studies (IFS), an educational charity and think tank. I’m still involved at the IFS, and am now a Research Director. I got my PhD while working there. I took a year out to work in the civil service (The Competition Commission) – I enjoyed it enormously but missed the freedom of academia and so returned and got a position in the Economics department at UCL in 2003.

My husband and I have always loved the area, in particular the Peak District. When we lived in London we always came up to hike and cycle in the Peaks and thought it would be a wonderful place to live. In addition, Manchester is an interesting city for economists, due to its significant role in the Industrial Revolution. I love being able to walk past the old mills and see where the modern economy all started.

We were attracted to the University because of its strong history in economics, dating back to Arthur Lewis, who was Britain’s first black professor when he joined (the then Victoria University of Manchester) in 1947, and later won the Nobel Prize in Economics in 1979.

My parents were both involved in the US civil rights movement, and anti-war activities in the 1960s. My father was a freedom rider, and my mother travelled to Vietnam to witness the US bombing of civilians. Growing up in that environment had an enormous impact on me and instilled in me the firm belief that if you are fortunate in life, it is your responsibility to work to help others who are less fortunate. That has been and continues to be a driving force in my work.

I also just enormously enjoy working with data and using it to gain insights into how people make choices and what governments can do to help them make better choices in life.

In general, my work is about building the evidence base to enable the government to formulate more effective policy across a wide range of areas, but particularly on how to help the most vulnerable in society and to enable people to make the life choices that they want to make. As a research director of the IFS, I spend a lot of my time facilitating other people’s ability to do work in this area.

The current focus of my work is on policies to combat rising obesity. For example, I have worked on how we can design and implement taxes on sugary foods, and on the impact of restrictions on advertising junk foods.

Rising obesity and its association with poverty are one of the big societal challenges we face today. Obesity and associated malnutrition are important constraints on the opportunities of children, particularly those growing up in deprivation. There is much that public policy 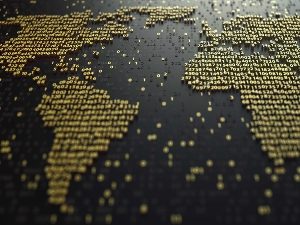 can do in terms of changing market signals, such as relative prices, and policies that change the choice environment to allow people to make choices that better align with their own long-term interests. However, it is also important to look at policies that directly lift children out of deprivation.

As well as my own research I have spent a lot of my professional life trying to promote greater diversity in economics. Most recently as President of the Royal Economic Society, I launched the Discover Economics campaign. State school and black students are under-represented among economics undergraduates and fewer than 30% of economics students are women. You can also see this lack of diversity in professional economists. The lack of diversity among economists is a problem because economists – who occupy key policy roles in government and other areas of life – need to reflect the society that they are helping to shape. By having more diversity in people in these decisions I think we will get better decision making, that more closely reflects what the broader society wants.

I have spent a lot of my career working to communicate the latest research findings in economics to a wider public, including policy. 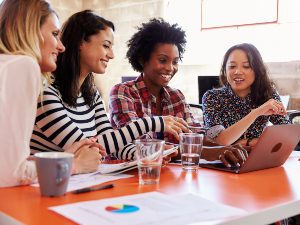 Most recently I was involved in setting up The Economics Observatory and Communicating Economics.

I run a seminar for graduate students on Communicating Economics. I also regularly interact with students in seminars when visiting academics come to present their work, and in workshops helping them to prepare for going on the job market.