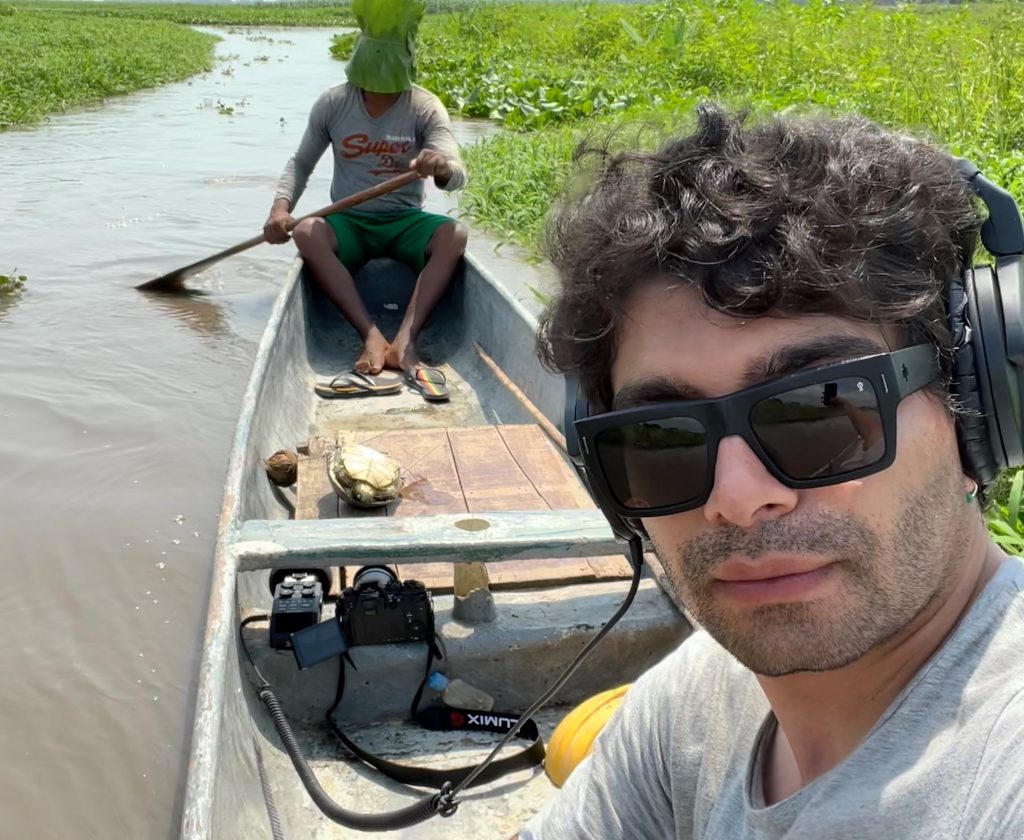 “One of the most phenomenal experiences of my life”

In 2021, Daniel Bustos Echeverry became the first-ever recipient of our Granada Centre for Visual Anthropology Studentship, an award that waives all tuition fees for the MA in Visual Anthropology. We talked to him about his time at Manchester and what the studentship means to him.

The programme is an impeccable mix between research academia and training in practical skills. On the one hand, professors, discussions, and classes are at the vanguard of social science debates, which includes, due to the ‘visual’ component, something that I have called a dislocation of the gaze and the senses. The lectures, discussions, and practical exercise force me to go beyond the usual way of doing academic research to experimenting with different senses, ways of thinking and varied devices to get data, that I had never previously used. It has enriched my research and has opened a world of opportunities to make rigorous academic research without losing the spark of art, life, curiosity, and joy. On the other hand, the equipment provided by the GCVA and the facilities of the University, including the library services, are of very high quality and let us work with confidence at a near-professional level. The cohort of students is diverse, with a high proportion of international, women and LGBTQ+ student representation.

Prior to starting the masters, I had been working in Colombia as a cultural producer. My work explores the relation between the African diaspora in Latin America and the encounter and creation of certain geographies: the Caribbean, the Amazonian Region, and the Andean Region. I have produced albums, books and films that have had international recognition (two Grammys, touring with political agenda in USA and Canada, etc). Nevertheless, doing this master’s has encouraged me to go beyond the geographical limits of my interest and go deeper in terms of exploring the senses, the elements that surrounded us, and the human and non-human interactions in a critical, rigorous and creative way.

This experience of studying abroad at one of the top universities in the world for Anthropology, and the chance to establish strong relationships with international students and renowned professors, would be impossible without the GCVA studentship. Certainly, it will have an impact in my career and the projects and research that I am conducting now due to the connections, platforms, and new skills that I have gained. This opportunity has given me access to academic and creative circles where I can share my work, ideas and find development partners for projects. The MAVA programme creates a collaborative community within a bigger department and a very large university. We don’t get lost in the university and it guaranteed that the ethos of the University of Manchester, well known around the world for the professionals it trains, is imbued in us as students.

Find out more about the Granada Centre for Visual Anthropology Studentship here.