Networks and Individuals: Opportunities and challenges in mapping relationships through the study of correspondence

The Lives and Afterlives of Letters Network’s three events for semester 1 take the form of four 10-minute lightning talks with 40 minutes of interdisciplinary discussion following, with a special focus on methodological issues and the sharing of best practices.

The first session took place on Thursday 12 October in the historic surrounds of the Christie Room at the John Rylands Library, and centred on the study of Networks and Individuals.

A report of the four lightning talks and the discussion following is provided below. 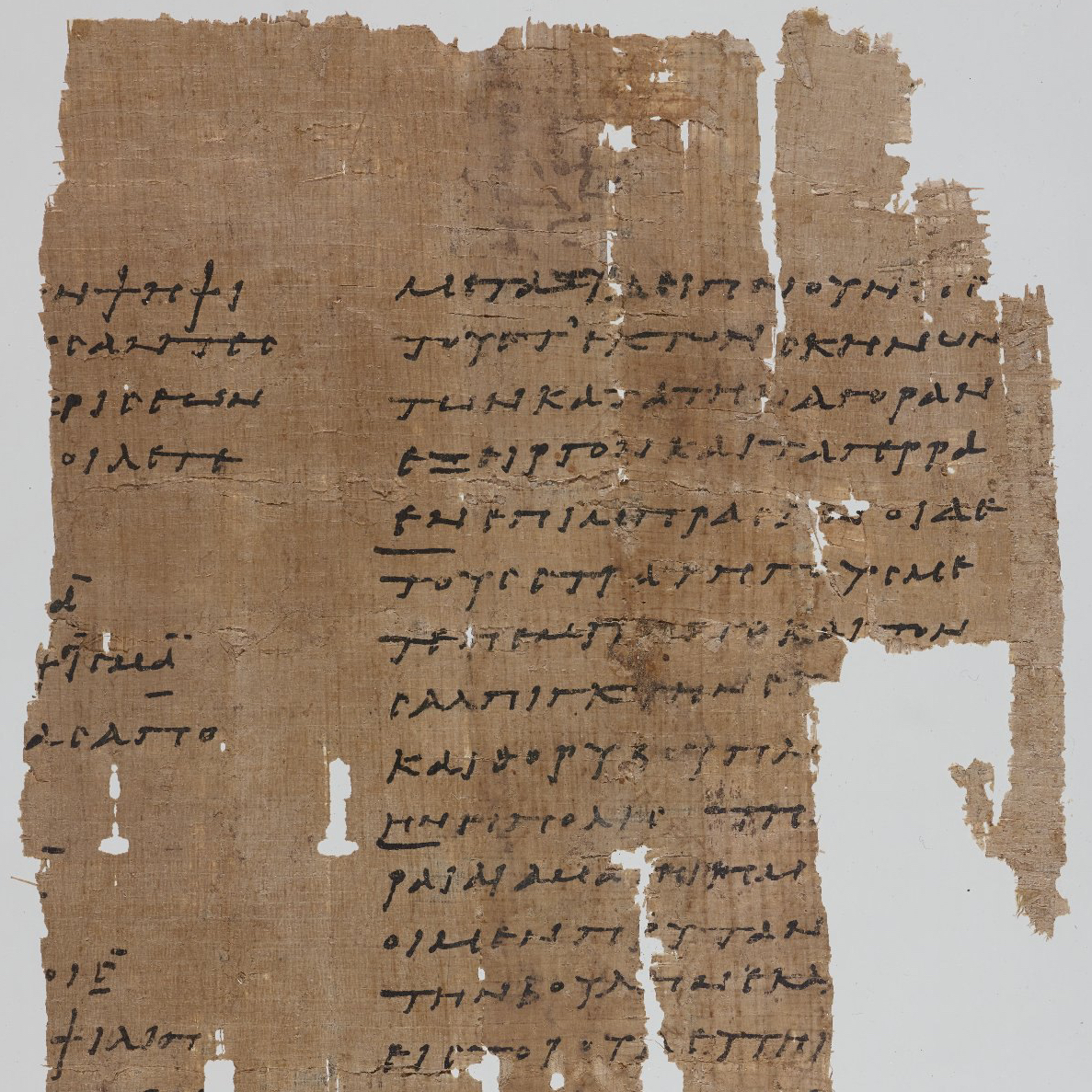 Dr Roberta Mazza, Lecturer in Graeco-Roman Material Culture, presented an overview of the focus of her recent research: the John Rylands Library’s collections of 2000 Greek and Latin papyri, of which only 750 have been published. Using exemplars from the Rylands collections, she demonstrated the importance of the study of both the textual and material aspects of these correspondence papyri. Such analysis reveals the social and economic capital of both senders and recipients, and allows scholars to reconstruct wider networks of contacts. Mazza demonstrated the use of the Trismegistos network mapping tool as a mechanism for mapping interrelationships through the study of the exchange of letters in the ancient world. Mazza’s discussion of digital papyrology addressed some of the challenges of digital approaches, including the problem of keeping such metadata accurate (as such letters are continually reread and reinterpreted) and accessible (in cross-compatible and sharable data formats). Mazza also considered the limitations of data visualisation in the study of networks in papyrology, which often does not reveal more than what was already understood through the application of traditional research methodologies.

Oscar Seip, final year PhD candidate at the John Rylands Research Institute and a member of the Network’s organising team, drew on aspects of his doctoral project to retrace Giulio Camillo’s life and works through his correspondence, which remains unedited and understudied. This correspondence includes 38 letters (preserved in manuscript and print editions) exchanged with 14 correspondents and mentioning a total of 50 individuals and connect to 12 locations. The correspondence fills gaps in our knowledge of the biography of Camillo, including the names of his sons (previously unknown), and additional names of students, patrons, and notables with whom he was in contact. It also offers important insight into the way Camillo exchanged poems and manuscripts with others prior to publication, and assists scholars in reconstructing the history of missing manuscripts. Seip also demonstrated the way in which Early Modern Letters Online (EMLO) has allowed him to expand the parameters of his research by opening up the possibility of discovering Camillo’s wider networks through searches of correspondence mentioning Camillo’s name but not sent or received by him. Through EMLO Seip was able to map Camillo as a node in a network between persons and professional associations in the broader intellectual environment of 16th century Europe.

Miranda Lewis, Digital Editor at the Cultures of Knowledge project, demonstrated the wide-ranging capabilities of Early Modern Letters Online’s ever expanding database of pan-European early modern correspondence. She showed, for example, how postal routes of 16th-18th century Europe could be reconstructed using the metadata in its database, and revealed the successes of recent network mapping experiments conducted using a union catalogue of 11,789 letter records. Lewis also explained the potential offered by cross-linking EMLO’s dataset with those of other digital letter collections, giving historians access to a rich resource through which the story of early modern letter writing can be told. The metadata collected by EMLO allows scholars to identify persons with a unique and permanent ID number and to make connections across correspondence corpora to identify and map institutional networks, such as those of special societies or universities. EMLO also allows for the visualization of the ego network and facilitates the identification and visualization of networks involving well- and lesser-known individuals, connecting nodes together to form a picture of a larger intellectual community, which could offer new and revolutionary perspectives on early modern lives. Lewis articulated the benefits of bringing together large datasets to ask bigger questions of the corpus of metadata, including the identification of sub-networks, subcultures, overlapping identities, and the spread of language, education, and culture of the senders and recipients in the correspondence corpora. There are also inherent challenges to such work – the usefulness of the data to research is unlocked through its interpretation, and this must be accompanied with a good understanding of the possibilities and limits of the data underlying the visualization generated, no matter how compelling. 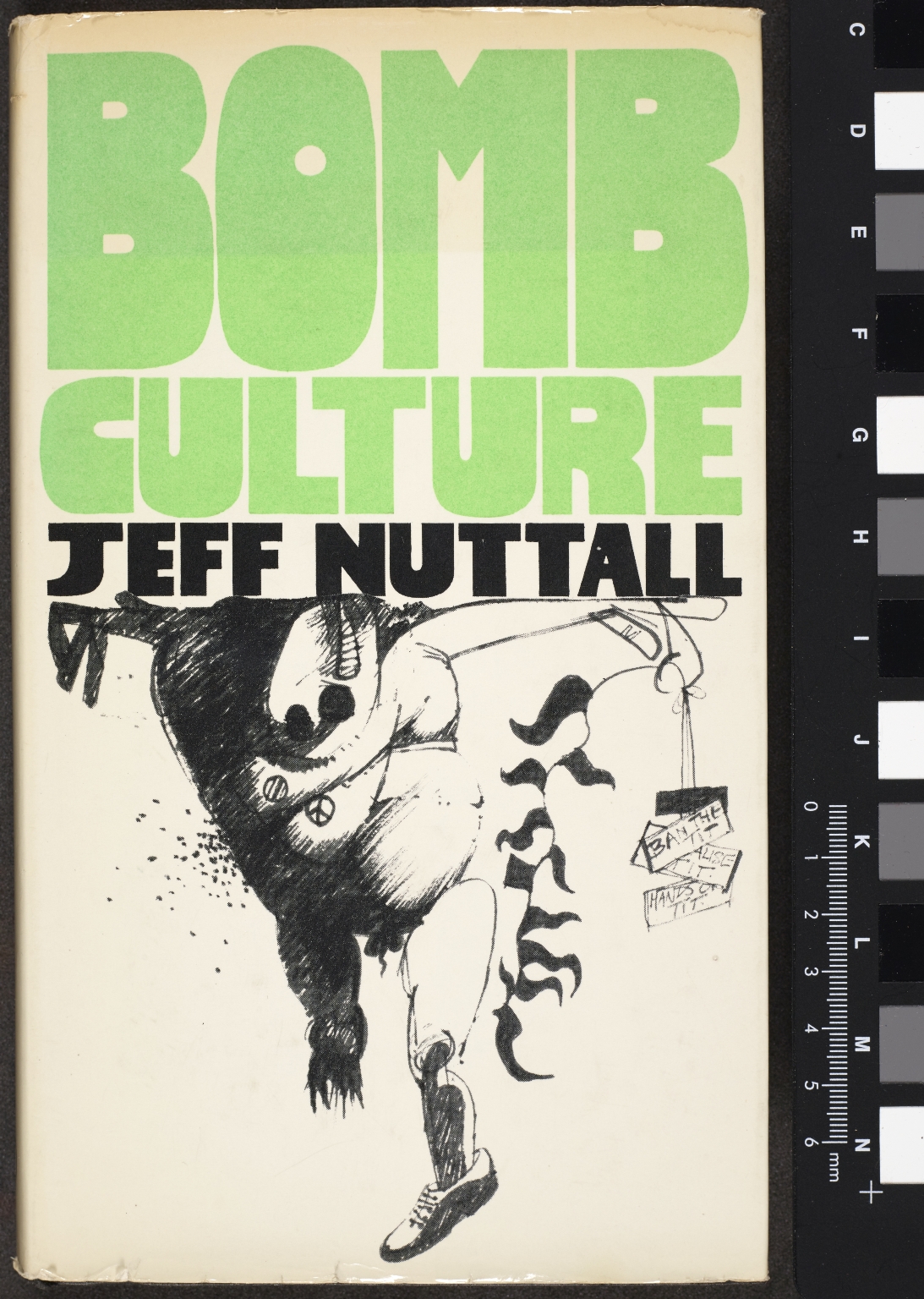 Dr Douglas Field, Senior Lecturer in 20th Century American Literature, and Imogen Durant, a current PhD candidate at the John Rylands Research Institute, presented their work on the Jeff Nuttall papers, which are housed in the John Rylands Library’s Special Collections. The papers are an under-researched resource. If unlocked through cataloguing, they could assist scholars in reconstructing Nuttall’s networks in the 1960s and 1970s. In addition, the exchange of letters also carried with them materials relating to publications, counter-cultural discourse, new contacts, information about happenings and organized protests. Imogen described the challenges of cataloguing a collection of letters, and the way in which decisions about the metadata to be included in the catalogue were revised as work progressed. The information that this correspondence provides about Nuttall’s networks gives insight into counter-cultural exchange occurring in Blackburn, Leeds, Liverpool, and Kent, and illuminates the way in which materials, ideas, and connections were shared amongst British, American, and European counterparts. Network analysis of Nuttall’s correspondence also shows the regionality of correspondents and actors, decentering previous assumptions of the metropolitan focus of countercultural activity by Nuttall and his associates.

The Network’s next meeting, on “Curating Correspondence”, will take place at 5pm – 6.30pm on Thursday 9 November in the Christie Room at the John Rylands Library. It will explore issues relating to best practices for curating, cataloguing, digitizing, and displaying correspondence and related metadata, as well as the challenges of working with correspondence in non-Latin scripts.