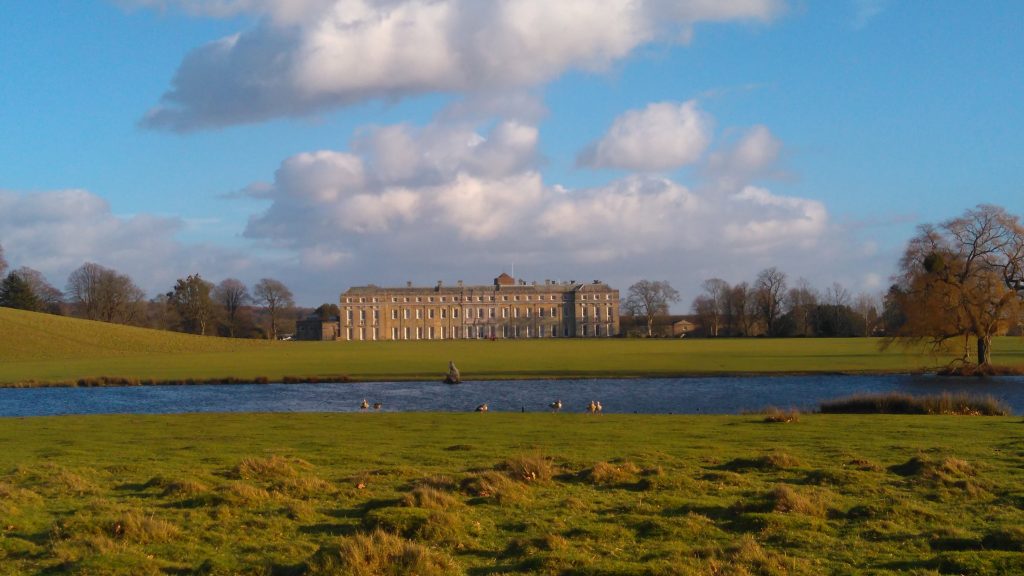 A visit to a William Blake exhibition – and why his (and his wife’s) letters are useful, part 2

Naomi Billingsley, Leverhulme Early Career Fellow at the JRRI and one of the Lives of Letters team, writes:

At the end of November, I wrote a post about some of the ways in which the letters of William Blake are useful to scholars researching his work.

Here, I’m going to expand on that post by saying a bit about how Blake’s letters feature in an exhibition that opened last week at Petworth House, West Sussex, ‘William Blake in Sussex: Visions of Albion.’

Full disclosure: I wrote an essay for the exhibition catalogue (see below), so this is not intended to be an impartial review of the show, but instead to tease out how letters are important to the story that the exhibition tells. 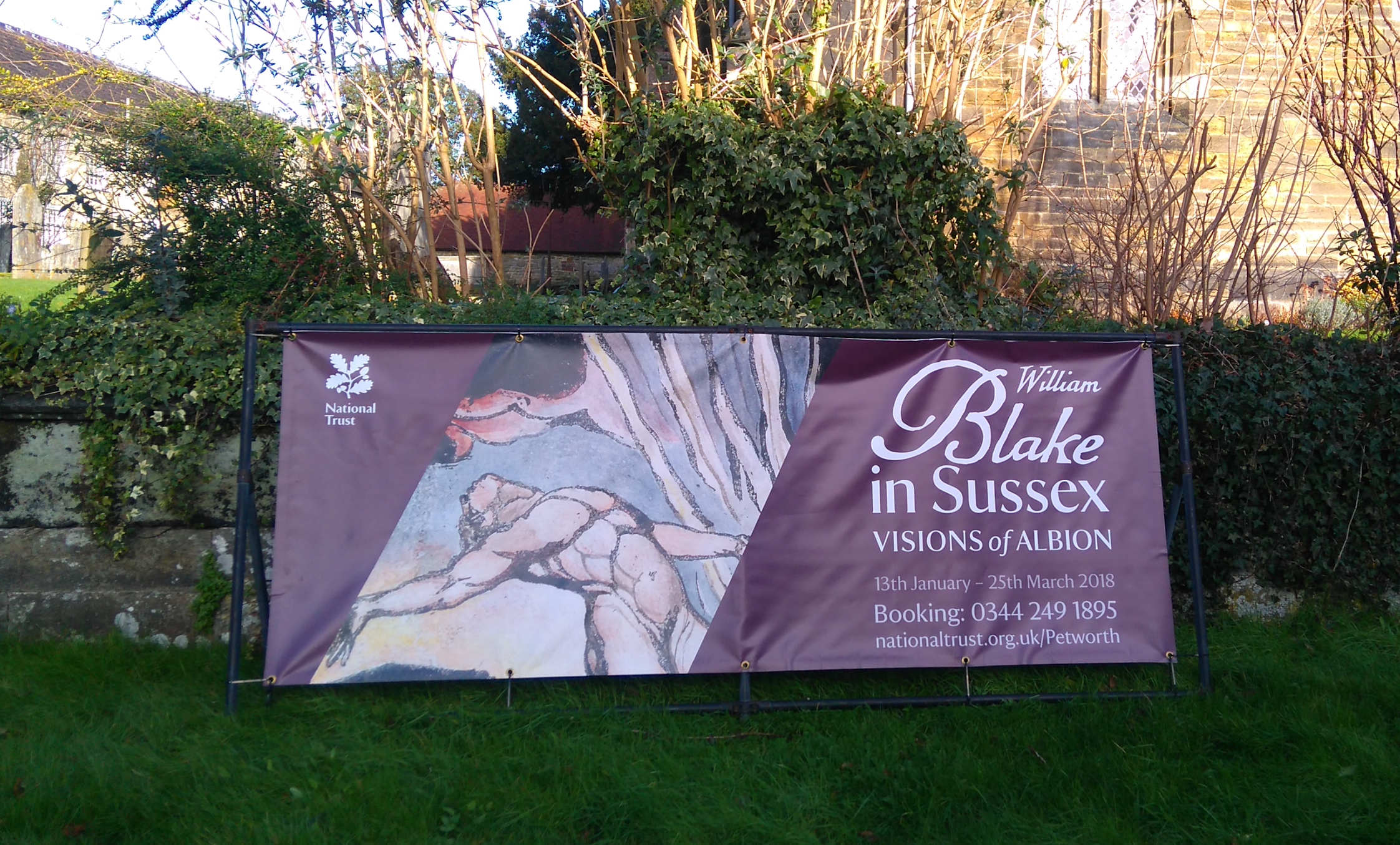 William Blake in Sussex exhibition banner – outside the Church of St Mary the Virgin, Petworth

The exhibition explores Blake’s time living in Felpham, West Sussex between 1800 and 1803 (see my previous post) and its influence on his later work, as well as the work that Blake later produced for or was purchased by the residents of Petworth itself – the Countess and Earl Egremont.

To start with the exhibition’s exploration of Blake’s time in Felpham: one of the groups of works exhibited are four designs from a much bigger series of watercolours of subjects from the Bible. We know that Blake was working on this series during and after his time in Felpham, but as many of the works do not bear dates, we are often dependent educated guesswork to work out when individual works were likely produced. However, we know from a letter that Blake sent from Felpham to his patron Thomas Butts in July 1803 that he had recently completed seven works in the series that he had “on the stocks” for Butts. Four of these works are included in the exhibition (and all seven are discussed in my essay in the catalogue). At least two of those exhibited seem to have autobiographical resonances with that period in Blake’s life, so knowing that they were produced at that time is important to understanding them (you’ll have to visit the exhibition or read the catalogue to find out more).

The Countess Egremont, Elizabeth Ilive, commissioned from Blake the fantastically complex watercolour A Vision of the Last Judgment. Exceptionally in Blake’s work, the artist wrote a detailed description of the design in a letter to the portrait painter Ozias Humphrey, who seems to have facilitated the commission (that letter, sold by Bonhams in 2011, is digitised and transcribed in the auction listing). A draft copy of the description was at some stage sent to Petworth, where it is preserved in the private archives of the family, who still live in part of the house; it is currently displayed in the exhibition.

Frustratingly, there are no other letters documenting the commission; such correspondence must have been exchanged, and would have told us more about matters such as the relationship between the artist and the patron.

After Blake died in 1827, his wife Catherine sold various works that remained in her possession. One of these was the painting Characters from Spenser’s Faerie Queen was sold to the Earl Egremont; two letters, also in the family archive and displayed in the exhibition, are from Catherine to the Earl, thanking him for his purchase, and explaining the treatment that is needed to preserve the painting. These letters are part of the story of how Catherine dealt with Blake’s estate after his death, and tell us something about the technical qualities of his paintings. 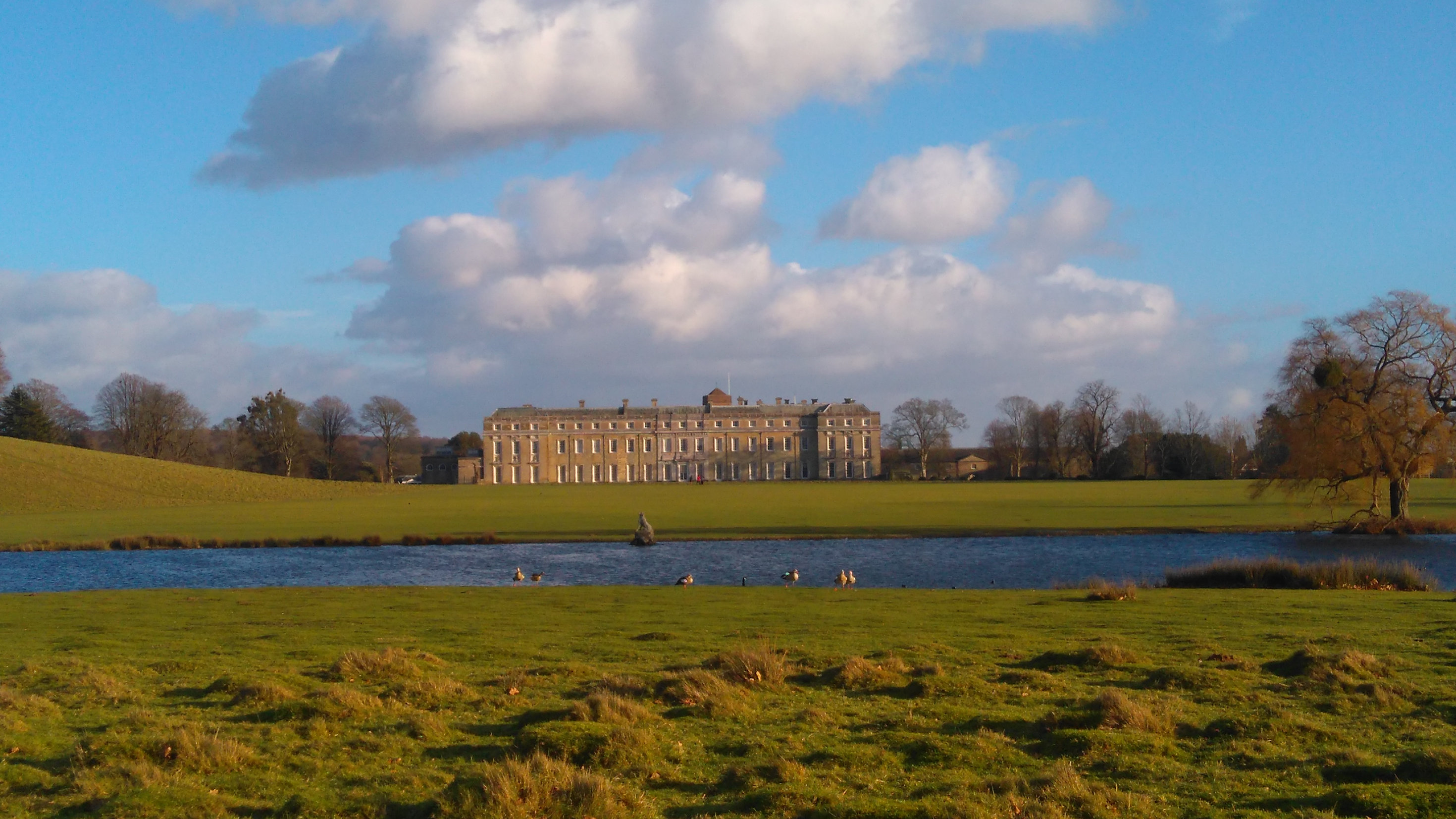 Petworth House – a view from the grounds, designed by Capability Brown

While letters are often not the most visually appealing items to include in an exhibition, they often provide crucial information about stories that are told in such contexts, and seeing that evidence first hand as part of an exhibition narrative adds to the visitor’s experience.

We would love to feature more examples of how letters can inform and enrich research on specific figures or topics. Please get in touch if you would like to write for the blog.