Explore reports and scholarship on the criminalisation of rap and of young Black people, mainly focused on the UK. Learn more about Prosecuting Rap project events. 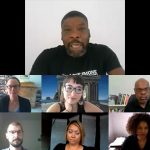 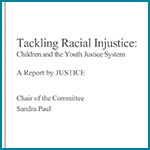 52% of those in custody aged 10-17 are from a minority ethnic background, compared to 18% of the general population. This report identifies misunderstanding and misuse of Drill music as a factor that feeds the over-representation of Black children in the criminal justice system and makes recommendations to regulate its use as evidence. 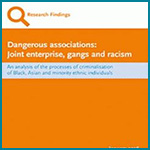 This groundbreaking report on the use of gang discourses in the creation of joint enterprise prosecutions includes case-study material on rap evidence. Rap evidence is used by prosecutors, in the place of facts, to produce a sense of racialized ‘dangerous network’ that opens pathways to conviction of alleged secondary offenders. 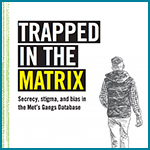 Trapped in the Gangs Matrix

“In reality the Matrix overwhelmingly targets young Black men. They are often labelled as suspected gang members based on weak indicators – sometimes simply because they’ve been victims of gang violence themselves. Or for reasons as trivial as the music they listen to and the videos they watch online.”