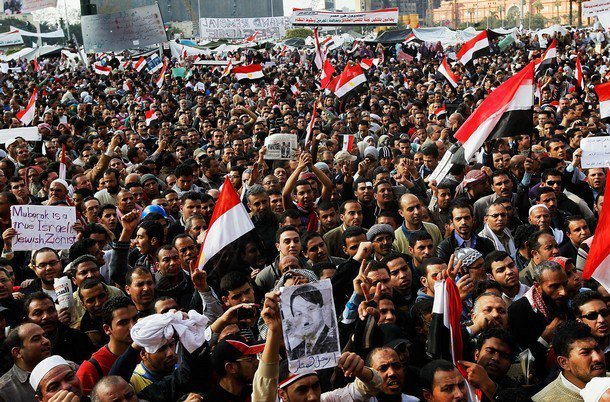 Do social movements have a potential to achieve something, and if so can they provide an alternative for what they are fighting against?

We live in an information age society, where the Internet and mobile network are indispensable parts of our lives (Castells, 2012). We use them to communicate, share experiences, pictures and much more. Since the end of 20th century, the Internet, and social media in particular, has started being used for much more than just simply sharing updates with our friends. They have been used to put people together, people who do not agree with certain policies either by the government or big private institutions and corporations. Through social media, activists could be mobilised in order to organise a protest, possibly resulting in desired change. But can these social network movements be an effective way of changing things, or are they just calls for something, that no one actually knows what it is?

Major events that were based on internet network were the ones of the Arab Spring in 2011. Beginning in Tunisia, where in December 2010 a young man set fire to himself, the protests spread across the Middle East, Asia and the North of Africa in only a few weeks. All of the countries demanded reform which would overthrow the authoritarian regimes, police brutality, corruption and oppression of human rights. It was due to networking and TV coverage that the other nations got to know about each other’s uprising. Tunisia symbolised an inspiration for pro-democracy activists across the Arab world after its president Ben Ali was forced to resign. Finally, these countries saw that it was possible to live in a democratic society without a dictator.

What happened during the Arab Spring continued to inspire other activists around the whole world. One of the most famous movement organised through social media was the Occupy Wall Street protest movement that began in September 2011 in the Financial District in New York City, USA. Occupy Wall Street was inspirited by the uprising in Tunisia and Egypt but is not quite as politically oriented. According to the movement’s own words, it “aims to fight back against the richest 1% of people that are writing the rules of an unfair global economy that is foreclosing on our future”. Investment banks made dangerous investments that did not turn out the way they should and it cause a financial crisis in 2008. However, it was the taxpayers who ended up unemployed and paying for banks risky behaviour. Banks, on the other hand, were given the money not to go bankrupt.

Occupy Wall Street uses the same revolutionary Arab Spring tactics, which consist of non-violent occupation of public space. All of the movements were youth-driven and focused on the economic inequality or political oligarchy. They were all network movements, they were not only born on the internet but also spread and maintained by it. The internet made them global, and connected activists from one nation to activists from a different one. It became an international activist network that served as an inspiration. But what’s more, it helped the process of the movements itself. As an example, in Egypt, the government tried to switch off internet access along with the mobile network. One of the reasons they did not succeed completely was the global Internet community including hackers and activist networks such as Anonymous (Castells, 2012).

Thanks to networking, we suddenly had two levels of the movements. One in the physical world, and the other in the virtual one. Those two are very diverse and so are the groups of people in each of the movements. And that is what causes the problem. First of all, there is the question of identity (Bennett, 2003). People join groups of people that they would not in the material world. They may share one or two views but on any other thing they would not agree. That leads to the second question, and that is if all the members are different, and most of their beliefs diverge can they provide us with one unified goal they would like to achieve? The activists fight against something but do they actually tell us, what would be the desired alternative? The Occupy Movement fights against the economic inequality and against the richest 1% but they do not have a clear agenda or a statement of what they want. Since all the demonstrators are so different, they cannot even have one. And so this movement is still going on. There are no doubts it created the awareness of economic inequality or the impact of student loans, but it actually has not achieved much bigger objectives.

In the case of the Arab Spring, people knew what they did not want, but their views on what they wanted differed. The only successful country was Tunisia. The other ones were less successful, and in some areas, the conflicts are still ongoing. In fact, the situation is much worse now, especially in places like Syria.

Using social media and the whole internet network as a form of organising movements and protests is a good way of how to bring attention to a particular problem. What is different is that if something is to be achieved it cannot be represented by people who do not have unified beliefs. The less unified they are, the less powerful their movement is going to be. So as a mediator between the problem and a wider audience/world, networks are great, but when it comes to more serious matters as causing an actual change, they mostly cannot succeed.

Time’s up: Here’s to breaking silence and saying ‘me too’
Are social media a force for good when it comes to social protest?
We the people have the power; but how do we use it?