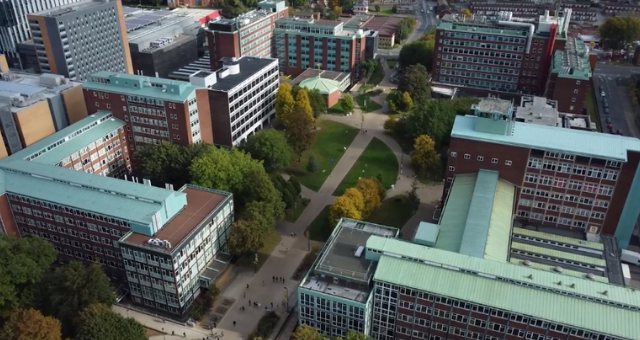 Why did I decide to study in Manchester?

Manchester is a very diverse city with so many cultures mixed together. This offers a wide range of opportunities to discover new foods and traditions on a low budget. In the city centre and further south to the University place in Rusholme, Fallowfield and Withington, you can find great Asian food, Middle Eastern restaurants, and typical Western food! One meal with a drink will usually cost around £15 per person, so it can be a nice treat for the week and a great moment to share with your friends. My favourite places to have dinner are Oke Poke for fresh Poke Bowls, Pie minister for traditional British pies, and Bundobust for Indian food. Other places around the University 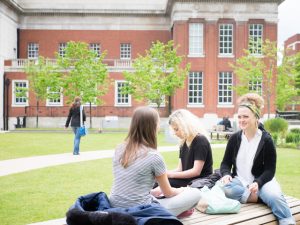 place include the Whitworth Gallery with an exhibition space and a fantastic café, and then further south in Fallowfield the Battered Cod for fish and chips.

What convinced me the most to choose Manchester is that the city has one of the greatest student populations in Europe with around 96,000 people studying in 5 different institutions. I knew that I was never going to feel isolated in a city where everyone is around the same age and there are designated areas for students to live. All the student housing makes it feel like a small village where it is easy to go visit a friend very quickly without taking the bus.

The campus extends to the city centre and everything is adapted to a student lifestyle. The University halls are located in three different parts of the campus, Victoria Park, the City, and Fallowfield which has the most student population and is known to be more social. I also was very convinced by knowing that there are around 40,000 international students in the city which means that you are constantly discovering new cultures and communities and if you are not from the UK you will most likely find people that remind you of home. 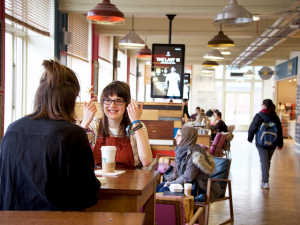 Before moving to Manchester I knew that the city had a great reputation for music venues and it is the birthplace of so many bands. I wanted to discover more about the nightlife in the city and now my favourite places to go out are in the Northern Quarter with Matt and Phreds, Afflecks and Mintlounge. Larger music venues such as Albert Hall, and the Deaf Institute or the Warehouse project will probably host your favourite international artist at some point in the year or will make you discover so many talented artists from the UK.

The city is also known to have relatively cheaper living cost in comparison to other cities in the UK such as London where groceries and rent are double those of Manchester. The city has many low-price stores such as Aldi, Lidl and Asda where I usually do my weekly shopping. You can easily do a big weekly shopping for one person in Lidl with £15 and have spare money for the week to eat out, have coffee and do any other activities.

The accommodation offered by the University is also very affordable. The further away from the University Place, the cheaper it will be. Halls in Fallowfield or Salford will range from £80 to £90 per week with bills included, and Victoria Park and the City areas will be usually around £110-£125 per week. 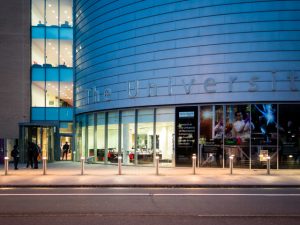 I was convinced of moving to Manchester when I realised that I almost did not need to take transportation to go to University from my accommodation. I have been walking to University from Victoria park every day for the past three years and it takes me around 25 minutes and costs nothing! Manchester is a “flat” city meaning that there are no hills which is very easy to walk around.

The Magic buses that travel along Oxford Road have a large bus network and go to many different places in the city. One day rider ticket will cost around £4 and a single ticket is usually around £1.5-£2. The student bus pass for the term costs around £200 which is much cheaper than in most cities. The University also offers bikes with the Beryl system where it costs 5p per minute to travel so you can easily go to University from Victoria Park and pay around 50p!

Manchester School of Architecture: Two universities one course
My love for Manchester
9 Reasons to Study the New BA Global Social Challenges at Manchester
Our courses
Chat to our students