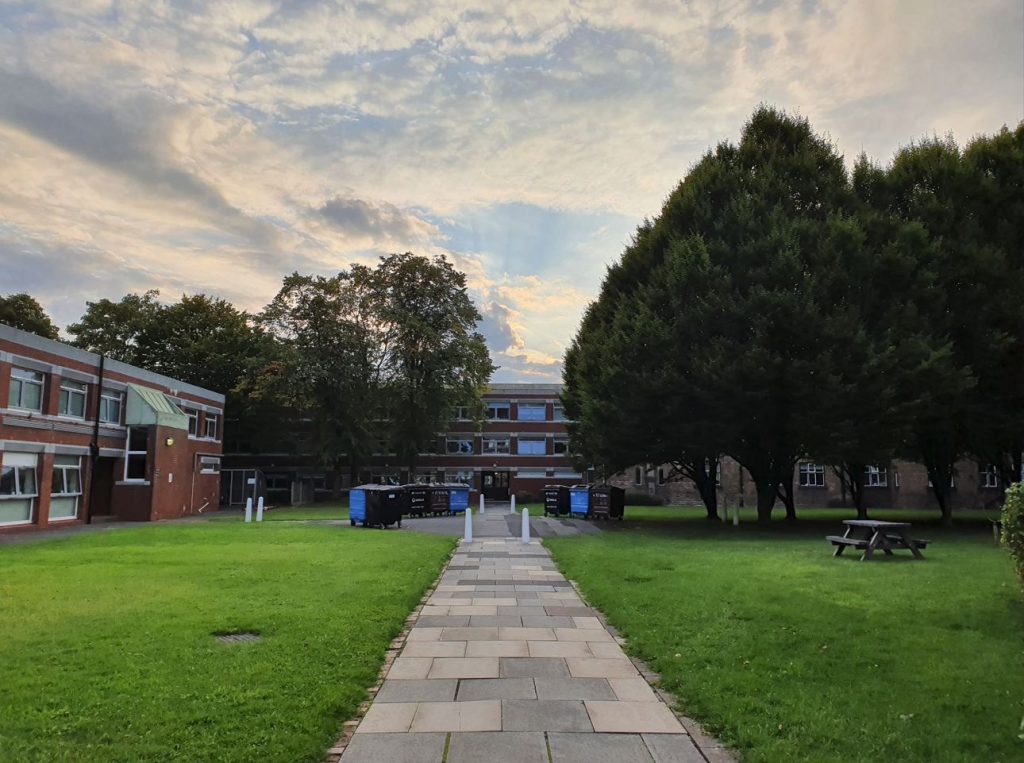 My Experience Living in Catered Accommodation

“I, like many incoming university students, decided to live in university accommodation during my first year. I personally wished for a catered hall rather close to campus and luckily for me, the accommodation office was able to provide just that; and so, I was given a room in Hulme Hall.

After talking to various students during my first year, it seemed to me that many people weren’t actually familiar with catered accommodation: “How do you fit mealtimes around your schedule?”, “Do you not have a kitchen at all?”, “What do you mean you don’t live in flats?”, were questions I received on a what I would call a semi-regular basis. So, I’ve decided to write about my experience at Hulme Hall, to explain how living there was like, and perhaps, to present differences between this catered hall and the average self-catered hall.

Firstly, it may be wise of me to tell a bit about Hulme Hall. Hulme Hall is located in Victoria Park and is the closest Victoria Park hall to campus. In my experience, it takes an average of 20 minutes to reach campus, but this obviously depends on how much of a hurry you are in. Hulme Hall is, in contrast to other accommodations, compromised of halls, not flats. This means you have your own private room with a sink on a corridor lined with identical rooms. There are kitchens, multiple toilets and shower rooms along this corridor as well, shared between about 8 rooms. There are also common rooms and laundry rooms, though the number of those depend on which building you live in. I like to say the living situation can be compared to hostels if painting a picture of the place still proves somewhat difficult. It is 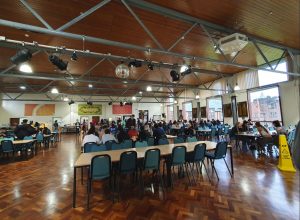 also worthy to note that all the communal areas are cleaned weekly and that vacuum cleaners are present on every floor should you wish to vacuum your own room. Meals occur in the dining hall which is a separate building, where you get two meals a day: breakfast and dinner on weekdays and brunch and dinner on weekends. The mealtimes were, if my memory serves me right: breakfast from 7:30 to 9:30, brunch from 11:30 to 13:30 and dinner from 17:15 to 19:15 or 18:30, it lasting shorter on the weekends.

Now, how does this affect your day-to-day schedule? Well for starters, the meals are already scheduled, and since they’ve been paid for, I personally never wanted to miss them. Luckily classes never make you miss meals, but it does force you to leave either your bedroom or campus early, meaning that I never stayed on campus past six o’clock nor woke up later than nine, unless it was the weekend. So, sleeping in will likely make you miss meals and planning long study sessions on campus can be tricky. Personally, this did not bother me, because it gave me a routine to follow and made me distribute slots in my day for studying, which is in all likelihood a more effective study method. I found this a great way to train time-management too! Additionally, going to the meals allowed me to meet and speak to new people. In fact, I believe I made most of my friends this way. Hence, dinners and breakfasts also allowed me to catch up with these friends. There were a lot of diverse students here from various years and countries. This made for really fun and interesting conversations and facilitated conversations with people other than the ones on my corridor or the ones I met in my lectures and seminars. It was a great time to socialise and I would often spend a few hours chatting to people, particularly on the weekend brunches. It is as if a time for socialising had already been incorporated into my schedule, making me really look forward to meal times!

Speaking of meals, what about lunch? Many people chose to cook or buy a meal-deal for lunch, however, my go-to lunch was what I took from the breakfast, usually some fruit and a pastry or sandwich I made there. Sometimes I would even grab a cereal or porridge packet. I would then bring this to campus and or eat it in my room, depending on my schedule. Since the portion sizes at breakfast and dinner can be quite large, a small lunch like this sufficed every time. The food itself was always rather varied, so there was plenty to choose from for breakfast and dinner (and lunch if you follow my strategy). There were hot and cold foods during breakfast, and vegan and vegetarian options during dinners, as well as desserts for everyone every day. I was always happy with the meals we were served, but satisfaction rates did vary depending on what standards people had. If you’re not very fussy and don’t mind seasoning your food to taste using the many condiments and seasonings they provide, there should be no problem at all. Ultimately though, cooking a meal of your own was also never an issue, and I did cook meals towards the end of the year and during exam seasons. This was particularly necessary if you stayed in halls during vacation times or bank holidays, as there were limited meals served then.

When it comes to social events, it is good to point out that Hulme Hall has a bar – the Victoria Park bar, which serves cheap drinks and 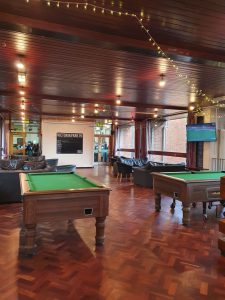 has pool tables for anyone who fancies to play. There were also weekly pub quizzes and other events like karaoke. Hence it was easy to gather a few friends and socialise in the evenings without having to go very far. Parties were not very common at Hulme Hall, perhaps because there aren’t any flats to host them in, although the common rooms were a popular place for pres and celebrations, like birthdays. So, overall, it was rather quiet, which will satisfy anyone who loves to sleep (like me).

I would say that my experience at Hulme Hall was exactly what Year 1 me wanted. I met great people, ate plenty of desserts (probably too many), enjoyed clean facilities and had an easy time getting to and from campus. I never had to take a bus or worry about grocery shopping, nor loud surroundings or disturbance from flatmates. Having my own room with a sink meant that leaving my room was not necessary a lot of the time, making my room feel incredibly screened from others, which I particularly enjoyed. It simply gave me the privacy I needed when I wished to study or relax by myself, away from the hustle and bustle of Manchester. I highly recommend Hulme Hall for people who appreciate these features too and I wish everyone coming to the University of Manchester a great time!”