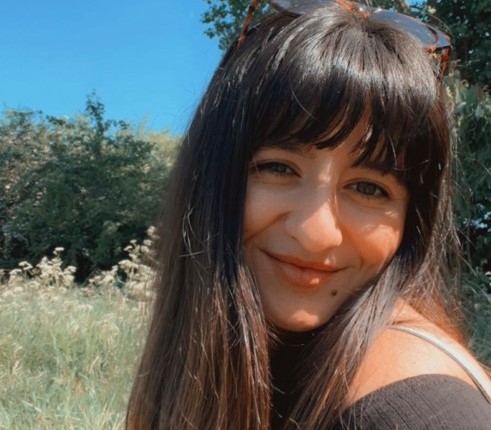 Hi, my name is Izabela and I am currently a third-year studying Philosophy and Religion. There are many reasons why I chose to study at The University of Manchester, with the main one being the wide module selection. This includes flexible honours which allows you to choose modules from other departments within the School of Arts, Language and Cultures. The variety of choice allowed me to develop my general knowledge, as well as meet new people from different disciplines.

The course is structured in a way that means building upon knowledge is natural throughout the years. The compulsory modules in first and second year are divided between philosophy and theology, though the two subjects complement each other very well. The compulsory modules such as ‘Being Humane’ allowed me to explore religious views in society and apply philosophy to theological ideas. The close relation between the two disciplines can be also seen in optional modules as in my second year I was able to study ‘The Philosophy of Religion’, which I would highly recommend. However, there are modules which do contain less philosophy for example ‘God At The Movies’ which is a more modern approach to looking at religion and the interpretations of the character of God on the big screen.

The modern approach to theology is something that I found intriguing and unique to The University of Manchester. Last year I did a module called ‘All About Eve’ which looked at the image of Eve in Genesis and how it has been used in today’s day and age. This module had great teaching staff who showed passion for the subject.  The module opened my eyes to the use of the Bible in advertisement and capitalism. Another favourite module which I am taking this year is ‘Theology and Literature’ which combines the ideas of religious thought in fiction. The application of religion in so many ways is what makes my course so fascinating.

A big bonus of studying at Manchester is the city itself. The centre contains everything you could possibly need from cat cafes to vintage clothing shops. There is always something on whether it’s at the university or in the city. Last year most Mondays I attended the pub quiz at the Student Union, which is definitely worth attending, especially if you have a creative team name. The University offers many opportunities to meet new people or try a new sport. For example, last year in semester 2 I did a beginner’s course in fencing, which I didn’t even know was a possibility when joining the university.

Overall, studying BA Philosophy and Religion at Manchester University has been incredible. The course is highly enjoyable and interactive with staff who are really passionate about their teaching. I would recommend looking not only at the course but also the societies and sports offered by the universities.