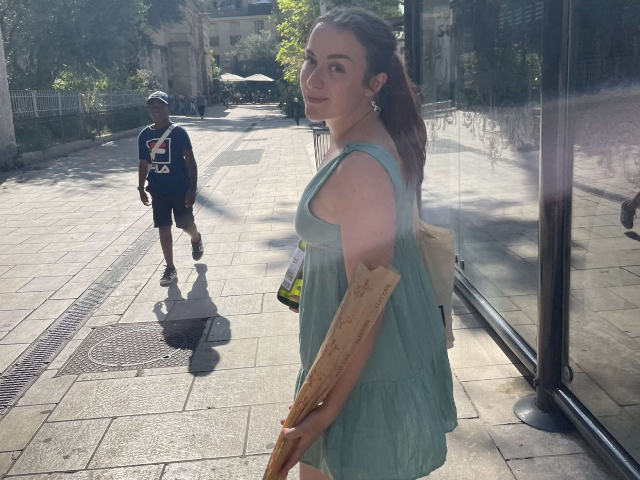 Rosie discusses studying Spanish and Portuguese at the University of Manchester

Hello! My name is Rosie, and I am a 2nd year Spanish and Portuguese student at the University of Manchester. I chose this particular degree programme because I really enjoyed Spanish at A level and wanted to keep my studies within languages, so I chose to study Portuguese alongside Spanish. Studying Portuguese was a bit of a leap of faith, and I wasn’t sure what to expect to start with, but I enjoy it even more than the Spanish side now.

In first year, I studied the single honours Spanish, Portuguese and Latin American studies course which differs slightly from joint honours Spanish and Portuguese. The difference is that you choose a ‘free choice’ course unit alongside your compulsory course units (60 credits of language and 40 credits of culture). I chose to study Spanish linguistics as my free choice course unit, but other options include modules from religious studies, History, Art, and many more. In second year, I changed to study joint honours Spanish and Portuguese so I could commit more to the Portuguese side. I study 40 credits of language (20 Spanish and 20 Portuguese) alongside 80 credits of cultural studies which constitutes 4 course units. I chose to study Empire and its Aftermath: The Making of Modern Portugal in Literature, Art and Film, The History of Latin America, Culture and Cold War in Latin America and Writing Women in the Golden Age. There are many options to choose from and you can choose to study a mix of course units from inside SPLAS and other disciplines.

My third year will be spent on residence abroad, I am currently in the decision-making process and I have many locations to choose from both in Europe and South and Central America. You have the options of finding a work placement, studying in a partner university, or working as an English language assistant through the British Consulate. In fourth year, there are even more options for course units, and you can tailor your course to your interests. I am planning on studying Reading the Rainforest: Visions of the Amazon, a course unit which studies how the Amazon is portrayed in a variety of media and genres: indigenous narratives, travel-writing, literature, and film as I loved studying Brazilian cultures and literature in my first year.

In my (biased) opinion, Manchester is one of the best student cities, with 96,200 students. This makes for a great student atmosphere whether you’re into going out clubbing, visiting art galleries, going to live gigs, the list never ends. Manchester is the most multilingual city in western Europe so it’s a great place to be a language student and it’s important that you take advantage of events going on in the city in centres like Instituto Cervantes, Home Cinema and John Rylands research centre.

I highly recommend studying both Spanish and Portuguese and I cannot commend the departments enough, my language skills have improved drastically, and I have developed academic skills such as researching and essay writing throughout the course.