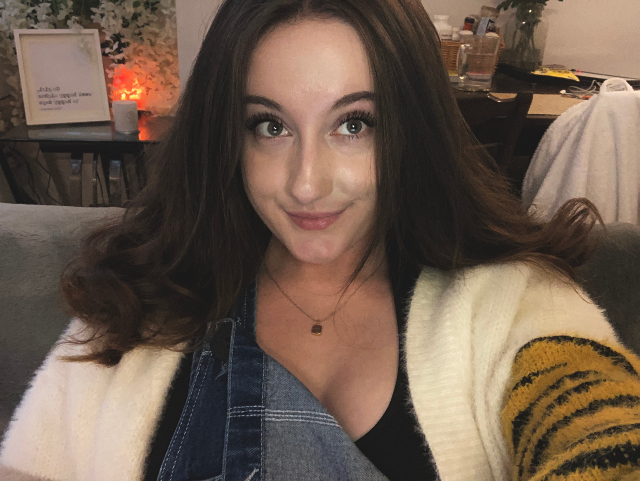 What I love about studying Drama

Hi! My name is Sian Louise and I am a third year student at The University of Manchester studying Drama. Initially, I chose to come here as I adored Manchester as a city. The culture, the history and the work ethic made it the perfect place for a professional growth, full of vibrancy and opportunity to connect with writers, actors and facilitators. However, it wasn’t just the city itself that prompted me to choose The University of Manchester, the catalyst was the university itself.

I knew I wanted to study drama, but I had always struggled to understand my future as I had divided my time in sixth form between studying what I deemed “academic” and “creative” subjects, concepts I later learned were not mutually exclusive. As I began researching my options it became clear to me that this university in particular offered a balance between study and practice that I was struggling to find at conservatoires. The five mandatory modules in year 1 and the Theatres of Modernity module in year 2 had been chosen to set us up as academics with a broad knowledge of the theory, practice and politics of drama and film, a structure that I found very reassuring as each of these modules equipped me with transferable knowledge and skills so that I could then decide whether or not I wanted to combine my studies with practical modules, which I did in second year.

In fact, one of my favourite modules introduced me to a form of practice that I had not yet been introduced to: applied theatre (using theatre and drama in community and educational settings). In second year I took Drama in Education, a module that took a group of us students into a local primary school and taught us how facilitating applied theatre could offer developmental, relational and psychological benefits for young people. This has led me to a real focus in my studies, looking at how drama and its practices can help benefit non-performers and bring the arts into potentially neglected communities- something I now also get to explore in Theatre, Performance and Care (one of my modules in third year).

Outside of main study, I have worked with the Drama Society at university on projects involving writing, performing, directing and designing. As well as helping my confidence grow both personally and professionally, working with the Drama Society helped me to network with other creatives, prompting me to begin performing spoken word poetry through an event called Art Dress-It. I then went on to become a student ambassador, which is how I am able to write the blog you are currently reading! Of course, not all of my personal time is taken up with career-focused extra curriculars. I spend much of my time simply enjoying Manchester’s leisure offerings, frequenting multi-purpose entertainment venues, such as HOME, browsing the historically eccentric handmade goods in Affleck’s Palace, or even playing guitar hero with a Nintendo themed cocktail at NQ64.

As you can tell, I adore this university and the city I live in, but the purpose of this blog is not simply to advertise my life and choice of study to others. The best piece of advice I can offer to anyone considering attending university is to trust your gut on any ‘needs’ you feel you may have without compromising, and not to settle on a university before exploring the area and all it has to offer.