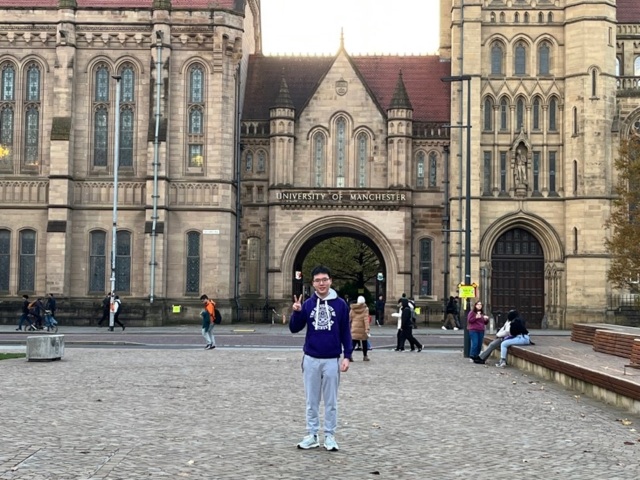 Why Malaysians choose The University of Manchester

The University of Manchester has been providing world-class education to students all over the world for centuries, thereby creating an extensive alumni network in a huge array of sectors. With its rich history and powerful contribution to the arts and sciences, it’s not a surprise that many Malaysians chose Manchester as their alma mater.

With 686 Malaysians choosing to study here (for academic Year 21/22), there are no questions to the reputation and quality of the institution. As a top university worldwide and a household name in many countries including Malaysia, students will benefit from having studied in such a prestigious institution with many links to the industries. There is also a career centre within the university, which helps students craft their best CVs and provide careers advice for those students who are still on the fence.

Besides, studying in the University of Manchester comes with a huge advantage, that is its gigantic student population, like they say, the more the merrier. With more students means more facilities and opportunities. For example, the different libraries and study spaces dotted all around the campus, like the Main Library, Alan Gilbert Learning Commons, Eddie Davis Library etc. There are also a plethora of student clubs and societies to cater the diverse interests of students. If you have an idea for a new society, you can set it up too! Back in 2020, being the first few members of a newly established Manchester Investment Fund, I have witnessed the growth of the society from having a mere few members to over 40 members just 2 years later. Malaysian societies such as the Malaysians Student Society of Manchester, which hosts cultural and sporting events, as well as collaborations with other universities, will further enrich the Malaysian students’ university experience.

Another reason for the popularity of Manchester among students is the cost of living. Compared to London, living in Manchester is much cheaper, which is of more relevance considering the current inflationary climate. In 2018, Manchester was ranked the most liveable city in the UK by The Economist. Also, according to Expatistan, Manchester is 31% cheaper than London in terms of food, clothing, transportation, entertainment and personal care costs. Besides, students have access to a greater variety of cheaper accommodations throughout the city, where weekly rental costs can go down to as little as just £115 per week (Whitworth Park). Not to mention the lower rental costs in private flats!

Without a doubt, Manchester is one of the most beautiful cities in the world. Besides bearing huge historical significance as the heart of the industrial revolution, the success story of Manchester reinventing itself to maintain its relevance in a world of rapid technological advancement is an achievement that many cities around the world could not replicate. The perfect blend of traditional and modern architecture around the city is a testament to this feat, like a rust belt city springing back to life. Also, there is so much happening in the city throughout the year, like the long-awaited Christmas Market. As a home to elegant concert halls and a blossoming entertainment scene, Manchester have constantly attracted singers and world-class performers to hold concerts here. Also, not to forget the well-known Manchester United and Manchester City football clubs, attracting millions of fans each year into their fields.

In a nutshell, Manchester is a perfect city for students, not just because of its lovable ambience, but also because of the people of Manchester who continuously welcome Malaysians with open arms. Personally, I felt that Manchester feels both like a studious, yet fun and exciting environment. This just might be the reason why it is continuously attracting top students worldwide, and the many alumni who still regularly visit these campuses to remind them of the awe-inspiring days they spent here when they were students.