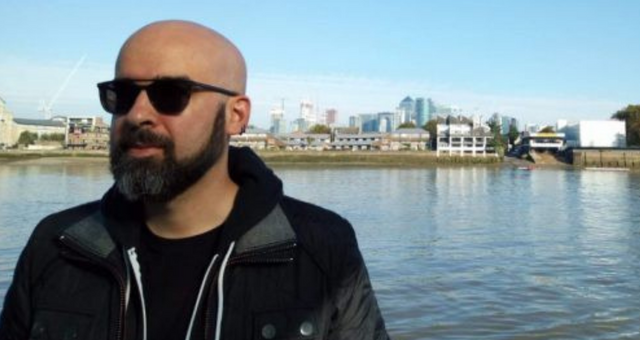 As Musk takes control are we heading to an ‘everything app’ or the break-up of academic twitter?

After much speculation, Twitter has been acquired by Elon Musk. In this post, Dr Mark Carrigan – Programme Director of MA Digital Technologies, Communication and Education – asks, if now is the time to rethink academic twitter by separating out the knowledge exchange and academic community building functions that have up to this point taken place side by side on Twitter.

It finally happened. After months of uncertainty, Elon Musk completed his takeover of Twitter. He tweeted a video of himself carrying a kitchen sink into the Twitter lobby, with the caption “Entering Twitter HQ – let that sink in!” conveying a sense of the media stunts which might be coming our way now one of the platform’s most prominent users owns the platform itself.

It remains unclear exactly what this means for Twitter, in part because Musk’s motivations remain opaque. Is this a deluded act by a billionaire clout chaser with one hundred million followers who believes he understands the platform much more than he does? Is it a Machiavellian pursuit of political influence through the acquisition of a social platform with an impact far above what one might expect from its user numbers? Is there a commercial strategy to turn Twitter into an ‘everything app’ analogous to WeChat that might eventually justify what at present seems like a questionable business decision? It might be all three of these or neither and the mercurial style of Musk’s public pronouncements makes it all the more difficult to decipher.

If you want to stay, I’d challenge you to articulate the reasons why you are committed to using Twitter and consider how plausible they really are.

Regardless, the response this has provoked amongst academics is palpable. Even within my own network, I immediately saw accounts being deactivated (which I’ve done myself, as a temporary measure) and tweets being locked. Behind these concerns is the threat that Twitter would radically become an even less safe environment for all users, but particularly women and BAME scholars, than it already was. This feels entirely warranted given how right-wing accounts reacted to Musk’s takeover, his self-identity as a ‘free speech absolutist’, and the potential for the (limited) progress the platform has made in recent years to be rapidly reversed. It remains unclear how quickly the platform might change, but the combination of an empowered far-right and a Twitter workforce scared of alienating the new boss in the face of impending cuts, means that the tone of the platform could change rapidly, even if deeper structural changes might take months or years.

This feels like the right time to reconsider how we relate to academic Twitter. There are many steps you can take to limit your exposure to the platform without leaving entirely. If you want to stay, I’d challenge you to articulate the reasons why you are committed to using Twitter and consider how plausible they really are. There are certainly benefits to be accrued through use of the platform. It can be enjoyable, creatively fulfilling and provide a convenient way to stay in touch with friends and colleagues. The problem is the growing sense in recent years that this is just something one does as a modern academic, even if we might not feel entirely comfortable with the fact we are doing it.

My suspicion is that academics and their “excessive confidence in the powers of language”, as the sociologist Pierre Bourdieu once put it, are particularly prone to being drawn into such an intensely textual platform. It often feels like we must be doing something constructive if we’re talking so intensely, even if we cannot quite specify what that is, supported by the steady growth of follower counts we dimly sense can be exchanged into academic capital. It would be a mistake to leave this as a question of individual practice. Unless we find a way to have a practical conversation about the use we make of Twitter within higher education, it is unlikely that anything will change given the inertia that comes from digital habit and the tendency to protect networks we have built because of the value we recognise in them.

I suggest we need to draw a much clearer distinction between using social media for knowledge exchange and using it to sustain intellectual community. These two functions tended to be fused together in academic Twitter in a way which could be immensely exciting, as people outside the academy were organically drawn into conversations taking place amongst academics. The fact that these people often came from groups such as journalists, activists and policy makers, meant this enjoyable, spontaneous and dialogical activity often felt like it could lead to engagement activities that would be recognised and rewarded by our employers, even if the actual relationship was more nebulous in practice.

Twitter can be an immensely powerful tool for knowledge exchange, but are most academics using it in this way most of the time? Much of what we do on the platform relates directly or indirectly to building and sustaining dispersed intellectual communities, in which we maintain relations and share ideas with those with whom we have interests in common. Is Twitter the best platform for this? The evident use which can be made of alternatives such as Discord and the possibility we might coordinate a collective move towards Mastodon mean the time is right to ask this question in a serious way. There are certainly downsides to these alternatives, notably they can be less open networks, a common characteristic of Discord servers, but are these inexorable problems?

Twitter can be an immensely powerful tool for knowledge exchange, but are most academics using it in this way most of the time?

If we begin to distinguish between using social media for knowledge exchange and research community, then it would be possible to do each more effectively, rather than the awkward and time-consuming hybrid space which academic Twitter has become. The profoundly uneven risks involved in being a public-facing academic in a deeply polarised society suggest we should avoid this becoming an expectation for every academic, as opposed to a specialised activity that could be supported and recognised by institutions. In contrast, research community is something we all need to participate in as scholars. Perhaps Musk’s takeover provides us with an opportunity to rethink how we approach this. A more varied landscape of online community (ranging across blogs, podcasts, collaboration servers and social networks) is possible and could support richer interactions than the strange amalgam that Twitter has become after over a decade of use within higher education.

Balancing emotions and research during the 'new normal'
Online learning: My typical week as a BSc Education student
Academic Spotlight: Dedicated to preserving our forests and biodiversity
Our courses
Chat to our students