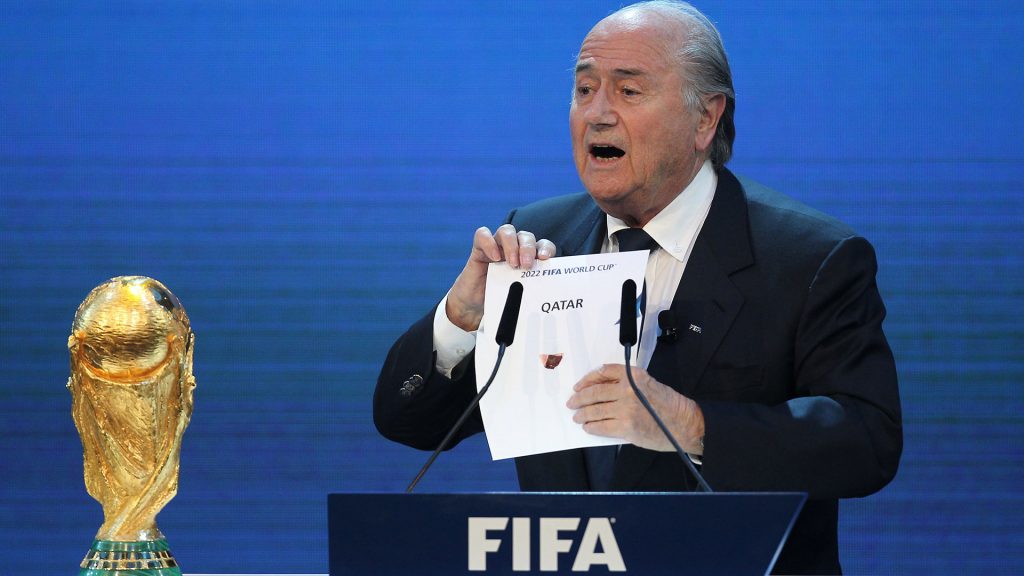 Football as a weapon of soft power: The beautiful game hiding the ugly truth

“Sports is always to do with politics. Sports is part of our society. And the society is political”
Ewald Lienen – Technical Director of FC St. Pauli

Soft Power and Sports Washing
Football has long been used as a soft power tool, most commonly by far-right leaders wishing to both exert cultural influence and appear as an attractive force on the world stage. Soft power has been defined as ‘the ability to get what you want through attraction’ (Nye, 2004, p.256). Nye (2008, p.95) defines soft power as being designed to ultimately set the political agenda by having others admire or desire to embrace or duplicate your ‘attractive culture, desirable ideologies, credible, innovative, and forward-thinking institutions and policies’, it “co-opts rather than coerces” (Brannagan & Guilianotti, 2015, p.706; Nye, 2008, p.95). Sport and media allow a tailored representation of a state/ruler to come to the fore, presenting an efficient and acceptable/palatable face to the world to the extent that any ills committed by the state/ruler get seemingly overlooked. This technique of improving an image through hosting or sponsoring sports events is now commonly dubbed ‘sportswashing’.

Focussing on football, the use of sportswashing as a soft power tool can be seen as far back as the 1934 World Cup in Mussolini’s Italy. It persisted through to Argentina 1978, a World Cup held during the military dictatorship, and beyond to Putin’s Russia, who amidst human rights abuses and aggressive foreign policies were awarded the 2018 World Cup. Presently, there is the case of Middle Eastern dictatorships owning and building culturally influential teams. Three major examples are Manchester City, owned by the ruling family of Abu Dhabi since 2008, Paris St Germain (PSG), owned by a subsidiary of the Qatar sovereign wealth fund since 2011, and most recently, Newcastle United, owned by the Crown Prince of Saudi Arabia since 2021. Furthermore, Qatar have secured the right to host the 2022 World Cup, admittedly during a corruption scandal at the heart of FIFA.

Football and Fascism in the 20th Century
Following WWI, Mussolini and his fascist regime in Italy sought both to show the strength of fascism and unite the country. Whilst not a football fan ‘Il Duce’ recognised its potential to fulfil his goals. Capitalising on the success of the Bologna side of the 1920-30s Mussolini and Podestá of Bologna Leandro Arpinati oversaw the construction of the team’s stadium declaring it a symbol of what can be done with the “will and tenacity of fascism” (Davies, 2011, p.2). Described as its ‘diplomatic barometer abroad’ (Harvey, 2021, N.P), football was used to display Italy’s flair and might, this plan coming to its apex when it hosted the 1934 World Cup. Now widely accepted to be the result of bribery and match fixing, Italy stood victorious on home turf and again in France in 1938. Fascism had won and restructured football in Italy to suit the regime’s needs as a propaganda tool capable of shaping public opinion, infiltrating daily life, and constructing a national identity (Martin, 2004, N.P; 2018, p.115).

In the wake of the Spanish Civil War, General Franco used Real Madrid as a symbol in his campaign to build a homogenous Spain and display dominance over Basque, Catalan, and Galician culture. Securing the world’s best players such as Di Stefano and Puskás saw Real Madrid dominate football for decades. Real’s role as a soft power weapon was exemplified when Fernando Maria Castiella (Foreign Minister 1957-69) described them as “The best embassy we ever had” (Kelly, 2019, N.P). Notably the regime tried emulating Real Madrid’s success at international level by awarding Di Stefano (Argentinian), Puskás (Hungarian), and Santamaria (Uruguayan) Spanish citizenship to represent the national side. Whilst Spain never dominated international football in this period, they did carry on the trend of dictatorships getting to host tournaments. Hosting the European Nation’s Cup in 1964, which they, perhaps unsurprisingly, won.

International tournaments continued to be used to sportswash the image of countries. With Argentina hosting the 1978 World Cup despite the military junta seizing power and the ongoing Dirty War. It is broadly agreed that the military dictatorship used the World Cup to both make its image acceptable and to further its aims both domestically and abroad (Smith, 2002). From virtually the moment the Junta took hold of Argentina the World Cup became a focus of its media interactions, heavily censoring local media and doing all they could to manipulate foreign media to present the country as an organised force. The paper La Prensa being the best example with the headline “Football uniting our country and the rest of the world in brotherhood” (Smith, 2002, p.75).

Qatar and Corruption
It is at this juncture that we can observe the modern-day example of football as soft power weapon, through the case of Qatar. Following Qatar’s successful bid in the still-under-investigation awarding of the 2022 World Cup, Qatar Sports Investments (QSi) completed the takeover of PSG. QSi is a subsidiary of the Qatar sovereign wealth fund and is chaired by Nasser Al-Khelaifi, who is also chairman of the beIN Media Group, a Qatari run sports and entertainment network that broadcasts across 5 continents. This combination gives him, Qatar, and by extension PSG, both an immense supply of funding and scope of influence.

PSG had historically underachieved, however with the takeover making them one of the world’s richest clubs, they would go on to dominate Ligue 1 for a decade, a period which also saw them progress as far as the Champions League Final, often regarded as football’s showpiece event. Not only did the story of a seemingly ‘new’ team attaining success lure fans in so did the way it happened. PSG shattered the world transfer record (€222m for Neymar in 2017) and consistently spent enormous sums in both transfers and wages on megastars such as Ibrahimovic, Mbappe, Thiago Silva, Di Maria, and Cavani. Globally adored names gave the PSG and by extension Qatari brand an admirable face and QSi/beIN had the means to relentlessly promote it as they desired. Moreover, Qatari businesses, most notably Qatar Airways began sponsoring the world’s biggest teams such as Barcelona, Bayern Munich, Boca Juniors, and Roma, making the name ubiquitous and synonymous with the “world’s game”.

The limits and future of sportswashing
Whilst sportswashing continues to be utilized by dictatorial regimes the veneer it creates is however a transparent one. As discussed above, sportswashing has never truly prevented the motivations of various regimes adoption of football and their true nature from being realised. For example, Qatar has been observed to be using slave labour to construct its stadiums, leading to the deaths of reportedly thousands of migrant workers (Amnesty International, 2016, 2019; Guardian, 2022). This in conjunction with homosexuality being punishable by death and the near absence of women’s rights in the country have continued to make headlines. However, the sportswashing machine shows no sign of stopping, Qatar in the build-up to the world cup have hosted the World Club Cup tournament, Formula 1 GPs, and major Boxing fights. This all goes towards the nations branding as a centre of sport and culture.

We’ve seen this happen from Fascist Italy to the Junta in Argentina, to Putin’s Russia, and we are about to witness it again in Qatar: The international popularity of football being used as a tool to give corrupt dictatorships an acceptable face. Football has long been used to exert soft power but with the sport generating more money and reaching more fans than ever, this shows no sign of stopping. Today, elite level football has become, perhaps irretrievably, a vehicle for the power-driven interests of billionaires. Protests and fan owned phoenix clubs, are signs that not all are willing to accept football’s fate. However, in the face of ruthless political and financial juggernauts, and their ability to sportswash the narrative enough to benefit their interests, the battle for the soul of football looks set to remain a long and difficult one. 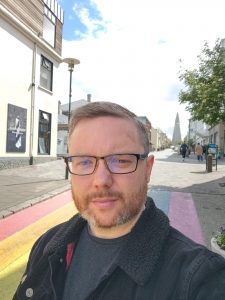 Kenn Rushworth is a PhD candidate at the University of Manchester. His thesis focuses on electoral registration reform in the UK. More specifically, his work firstly looks at the 2014 Individual Electoral Registration reform and its consequences. Secondly, it is a comparative study of electoral registration models around the world and how the UK can improve its own model. This latter aspect of the research uses Iceland as a case study, considering this, Kenn recently completed a visiting scholarship at Háskóli Íslands. Outside of the thesis Kenn has an interest in the Politics of Football and Music.

Kelly, R., (2019). General Franco, Real Madrid, and the King: The history behind the club’s link to Spain’s establishment, Goal [Online], Available at: https://www.goal.com/en/news/general-franco-real-madrid-king-history-behind-clubs-link/fcoqldp8h2bb1841o2rspmuhe

Activist athletes: from a diary about the Mothers of Plaza de Mayo to a livestream with migrant wor...