Sojourner Truth: “Ain’t I a Woman?”

WILNET are pleased to continue our series commemorating the inspirational women of yesterday who helped shape the development of the field, with a dedication to Sojourner Truth (1797 – 1883). Sojourner was an African-American abolitionist and women’s rights campaigner who gave a famous extemporaneous speech “Ain’t I a woman?” which explained in plain language how women were equal to men.

Who was Sojourner Truth? 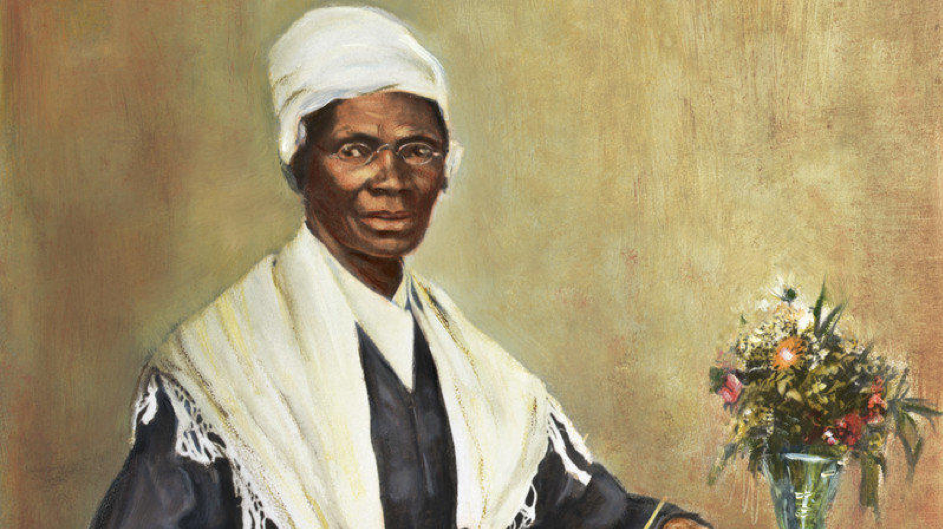 Sojourner Truth, born 1797 and originally known as Isabella Baumfree, was born a slave in New York State but escaped to freedom and became involved in moral reform and abolitionist work, later becoming a prominent speaker on issues of civil rights.

Freed from the shackles of slavery in 1827, one year before mandatory emancipation, Truth secured work as a domestic servant. Following the end of slavery in New York, Truth learnt that her young son, Peter, had been sold by his slave owner to Alabama where slavery remained deeply entrenched.  Assisted by her new employers she took Peter’s former slave owner to court, alleging he had sold Peter illegally; she won the case and Peter was returned to her.  The landmark case represented one of the first times that a black woman had won a court case against a white man.

Truth devoted her life to the abolitionist cause, advocating women’s civil rights and seeking political equality for all women.

In 1843 Truth changed her name from Isabella to Sojourner Truth, and thus began her career as an activist and reformer, and her lifelong devotion to the abolition of slavery and other forms of injustice.

Truth immersed herself in traveling around America, advocating the freedpeople during the Reconstruction period and speaking about the realities of slavery.  A short time later she became more active in supporting women’s rights, lending her skills and remarkable voice to the women’s suffrage movement.

In 1850 her memoirs entitled “The Narrative of Sojourner Truth: A Northern Slave” were published, the income of which helped to support her travels and speaking commitments, which had now become high profile and were often at women’s rights conferences.
In May 1851 she attended the Ohio Women’s Rights Convention where she gave a famous extemporaneous speech – to be later named “Ain’t I a Woman”. The speech explained in plain language how women were equal to men, as well as demanding equal rights for black people and women.  Her speech left a strong impression on the audience who were moved by her personal first-hand accounts of slavery.

Being a speaker was a challenging role and she found herself constantly fighting the double prejudice of the times against both women and those of African-American roots.  Often audiences were hostile, but Truth dealt with belligerent audiences skilfully and as her reputation grew, so did her popularity and her reception became more hospitable.

In 1856 she moved to Michigan where she continued to give speeches and lectures and also widened her scope of political issues – speaking increasingly against capital punishment and on issues of prison reform.  In recognition of her works and public profile, she travelled to the White House in Washington DC where she met with Abraham Lincoln and spoke of her experiences and beliefs.

An impassioned speaker, abolitionist and feminist, Truth was a promoter of the avant-garde and helped change the way in which women and people with African-American roots were perceived.  Whilst feminism has gained new impetus in more recent times, there is no doubt that Truth can be heralded as one of the first major advocates of women’s rights and key speakers on feminist issues, paving the way for those to follow.

Notably, Lincoln’s Emancipation Proclamation in 1864 saw a major landmark in civil rights and was one of the few solid political achievements that Truth herself witnessed during her lifetime. 37 years following her death a constitutional Amendment was enacted which barred voting discrimination on the grounds of sex, and it was not until the 1960s before voting rights for African-Americans were enshrined within the law.

Truth is remembered as one of the headmost leaders of the abolition movement; indeed abolitionist lore is brimming with tales of her aggressive and humorous platform style, baring her breasts in response to a challenge to her womanhood and her remonstrance to Frederick Douglass on the issue of violence against slavery, “Frederick! Is God dead?”.  As such, the character, tone and substance of her language – her most potent legacy – reached far beyond her era and still resonates today.