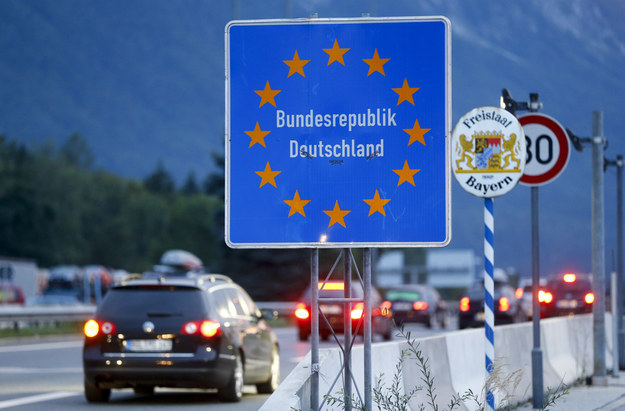 Could a world without borders help in minimising national and global inequality?

In the current political climate wherein citizens of the highest income countries are calling for the hardening of government policies toward immigration, there is a hesitance toward considering the positive effects of the free movement of people. In recent years we have seen the rise of populist and nationalist messages in first world countries with the increasing popularity of Marine Le Pen, Donald Trump and UKIP. Simultaneously inequality has increased within these countries, with the average Gini coefficient of household income in OECD countries reaching 0.318 in 2014, the highest since the mid-1980’s. This is only set to increase in OECD countries by 2060 with inequality expected to increase by 30%. We could argue that this creates a need for the disadvantaged in a society to allocate blame. However, does this justify the fears in developed nations to fear for their jobs and welfare being taken by immigrants? First, we need to look at the predictions of global inequality.

Global inequality is still very high at a Gini coefficient of 64.9 in 2013, however, projections in the graph below show that world inequality is predicted to decrease by 2035 to 61.3. The global middle class have prospered although overall disparity between rich and poor is huge. This increase in global income distribution has triggered a belief that globalisation is the cause of increasing deprivation in the lower middle classes in richer countries. Torsten Bell, director of the Resolution Foundation, argued that blaming globalisation for poverty in first world countries “takes the pressure off governments.” This statement can lead us on to how immigration could actually be beneficial to global and national income distribution. 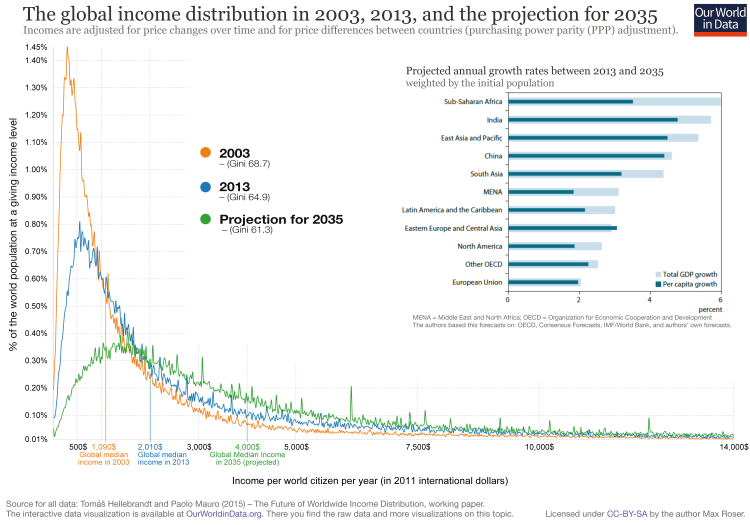 How free movement can affect the economy

The economist Branko Milanovic argued in the Financial Times that the encouragement of movement of labour is the best way to help decrease global inequality. One reason why economists believe that immigration can actually aid global equality is that it can deal with labor shortages. Especially in countries with free healthcare, such as the NHS in the UK, the government relies heavily upon migrants as they may do jobs that domestic citizens don’t want to or are unskilled in. However, in a recent study by the Bank of England, it was found that a 10% increase in immigration is connected to less than 2% reduction in wages of particular low-skilled work. However, this was much less in manufacturing and high-skilled work. It is much more likely that low wages are the product of the dismantling of the trade unions. Another big issue for anti-immigration political parties is that unemployment will rise with higher rates of immigration. However economists have found that there is no direct correlation between immigration and unemployment, and increased labour would bring in more profit, and increase GDP. Although these are contributing factors, they’re not completely global. In an economic study by Clemens, he claims that the abolition of borders could double the world’s GDP in 23 years. This would not only increase labour productivity but also consumerism and political freedom.

With the rise of Donald Trump, and his promise to build a wall preventing ‘illegal’ immigration from Mexico, the question is posed of how detrimental this would actually be for the Mexican and American economies. The trade of goods between Mexico and the USA in 2015 was totaled at an estimated $583.6 billion in 2015 and exports to the USA accounted for 26% of Mexico’s GDP. Trump’s proposed 35 percent import tariff on Mexican imports could realistically result in a trade war between Mexico and the USA which would increase prices both sides of the border. However the call for stricter border controls also affects the UK after Brexit, Theresa May has expressed that the British Government proposes to keep access to the single market (with free movement of trade in goods and services). However is this possible while also curbing the free movement of people?
To conclude, the rhetoric around the free movement of people which is dusted in xenophobic media reports and fear mongering amongst the lower middle classes has little basis in the reality of how immigration would actually benefit economies around the world.