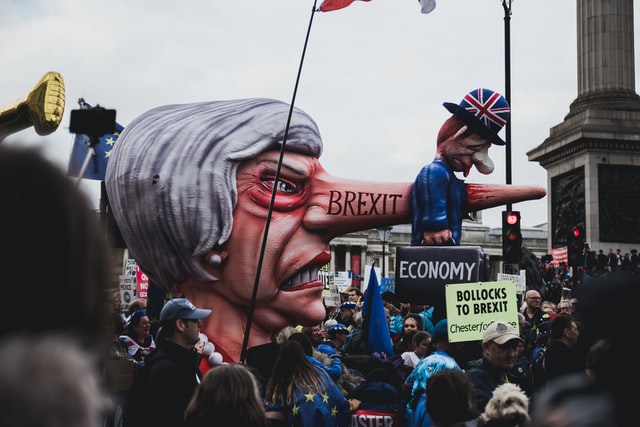 Brexit: Why the discourse is so utterly damning for migrants.

Photo by Alexander Andrews on Unsplash

On the 24th of June 2016, upon hearing the long-awaited result of the Brexit referendum, I watched my mother break down into tears. My mum is not a migrant from the EU, her migration to this country in 1992 was a result of the Yugoslavian civil war. This result had no immediate threat to her status as a British citizen, so why did she cry like it did? I blame Brexit propaganda.

The discourse surrounding migrants is often weaponised, with politicians like Farage consistently pushing the rhetoric that these people are just an issue to solve, a political problem to fix with harsh rules and regulations. In the case of Brexit specifically, an image of the migrant as a threat to our economy and society was deliberately and widely misconstrued to appeal to voters looking for transnational scapegoats to blame for our own government’s shortcomings. The media, namely the more right-wing side, only exacerbated this narrative, spreading propaganda and misinformation to the average UK citizen. Even media giant Facebook was involved in the big Cambridge Analytica scandal surrounding the Leave campaign. As a result, the majority of the Leave voters identified as such because of how immigration has been tainted in this country. 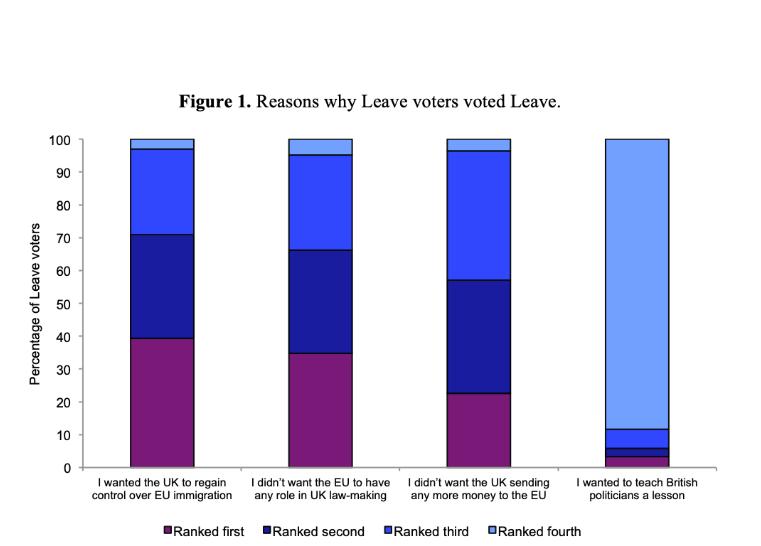 Whilst the media did play a big part in the push for the Leave campaign, of course the main perpetrators of the damaging migrant narrative were politicians like Farage. What is most concerning is the huge role of misinformation in his campaign for the Brexit Party, that successfully worked in homogenising the experience of migrants and the image of the migrant themselves. My personal favourite example is the use of a long line of Syrian refugees in Slovenia as the background for letters in a bold red font claiming “Britain is at Breaking Point”. Politicians like Nicola Sturgeon said the poster was “disgusting” and one of her colleagues stated that the vote for leave was essentially a vote for “anti-immigrant rhetoric”(Cowburn, 2016). Of course, Farage refused to apologise. He single-handedly dehumanised these people, and unfortunately this example is one amongst many.

So who was this rhetoric being directed towards? With the help of Cambridge Analytica, all this propaganda was targeted towards the white working class of Britain. Sometimes referred to as the ‘left behind’, this demographic was key in the push for the anti-immigrant rhetoric. It is important to specify that I am mainly talking about the Northern working class. As we all know, there has been a strong divide between the North and the South in the UK, politically, socially, economically and culturally. The government has long promised to bridge this gap, but the situation amongst the Northern working class remains dire. Naturally, politicians want to offer these people a scapegoat, someone to blame for their own country’s failure. Enter the immigrants! The evil immigrants who come to this country to take ‘our’ jobs, but at the same time leech off our benefit system and our NHS! When politicians push this narrative that British people are entitled to jobs in this country simply because they were born here, they are simultaneously creating a them versus us rhetoric, which is what is essentially so damning to the image of the migrant. They weaponise patriotism – or nationalism if we are being honest – to attack immigrants who they believe to be so harmful to their country. But the truth is their country does not really care about them. When have they ever proved they have? When they cut funding in Greater Manchester by 35%? Hence why we must try to understand people who voted leave, not excuse their xenophobia, but include them in our conversations, and disallow them being lied to anymore. In a BBC documentary called “Britain’s Forgotten Men”, we learn how lots of young adults voted to leave because they thought things would change for them once immigrants left the country, yet they often referred to immigrants who are not even part of the EU. The Leave campaign spiralled so out of control that the xenophobia was directed to even non-EU member countries and citizens of those countries.

So why did my mum cry? She cried because she felt unwanted, because she no longer felt like this was the country she had called home for the past 24 years. The Brexit vote homogenised all migrants. The image of the migrant is tainted, and will be for years to come.

The Faily Express: Media discourse on migrants
Free movement: Has policy making and the media lead to racialization in the UK?
Racism and Treatment within the Migrant Crisis