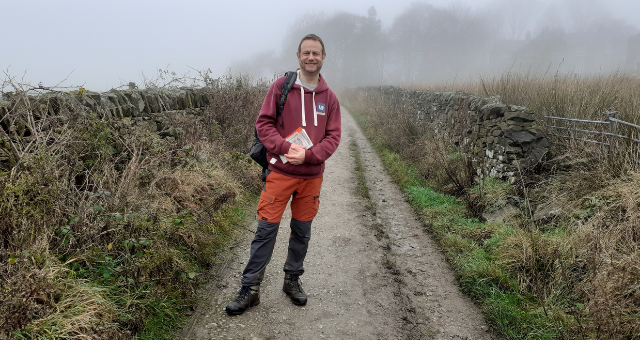 Richard Heeks is Professor of Digital Development in the Global Development Institute at Manchester and Director of the Centre for Digital Development. He is one of the pre-eminent and highly-cited academics in the emerging sub-discipline of digital development/ICT4D, and has written six books, more than 60 refereed articles, and over 150 other papers and reports.

You can trace the two parts of my “hybrid” digital development profile – the digital and the development – quite a long way back. My first brush with digital came when my school installed a teleprinter linked via telephone to the mainframe computer at the local university. The teleprinter was in a cupboard and only capable of undertaking basic maths calculations but I caught the bug and after school went to work as programmer for International Computers Limited: long-since disappeared but at that time the dominant force in the UK computing sector and kind enough to sponsor me at university, studying Natural Sciences at Cambridge. 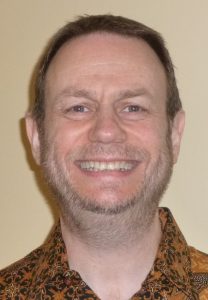 My first brush with development came in my second year at university. By a set of fortuitous coincidences, I became part of a group of four that raised sponsorship for a research trip to Nepal. We interviewed what would now be called a “diversity of ecosystem stakeholders” to understand why leprosy patients did or did not migrate away from their home villages to resettle near their urban treatment centres. I decided Nepal was where my future lay and so in my final year – eschewing the corporate management schemes my peers were joining – I signed up with Voluntary Service Overseas to be a motorcycle maintenance trainer in Kathmandu. Probably to Nepal’s benefit, if not mine, I was instead sent to be a science teacher in the middle of Nigeria, living for two years in a small hamlet miles up a laterite road in what is now Kogi State, teaching at Government Secondary School Iluke.

On my return to the UK, I got reacquainted with my digital skills, producing a computerised training package for the NHS and then being hired by the University of Leicester to research the use of computers in universities. But I was always wanting to combine those two halves – digital and development – and got a chance to do so studying for a PhD about India’s (then new and unknown) software industry with the Development Policy and Practice (DPP) group at the Open University.

During the latter part of my PhD studies, two DPP staff members – first Henry Bernstein, then Phil Woodhouse – left to join what was then the Institute for Development Policy and Management at the University of Manchester. The Institute had a very strong national and international reputation so when, a year later, it advertised a post for a Lecturer in Information Technology, I leapt at the chance. I could see it would allow me to continue researching in this area and also to feed my research into teaching: a way of not just increasing my research impact but also learning from my students. Additionally, while the Institute now has twelve staff researching and teaching digital development, back then this was the only academic job in the whole of the UK with that fitted my hybrid digital-plus-development profile. 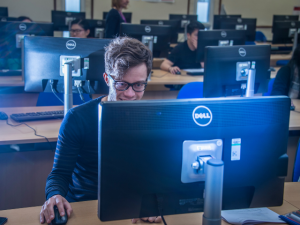 I recognised very early on that digital development was a good choice of research domain. Not only – sadly – are development challenges always going to be with us, but the constant innovation and increasing role of digital systems means there are always new and bigger topics emerging. So I have a vocation that will last a lifetime!

The changing shape of development priorities plus digital innovations has shaped my research agenda. For example, I focused on software outsourcing when the first major opportunities and policy challenges arose for other countries, seeking to follow India’s lead. Then I researched critical success factors for e-government systems as governments began in earnest to apply digital technology to improve public services. Then I’ve been co-producing some of the formative work on ICTs and climate resilience as climate change has moved up the agenda.

Two of my current research priorities have arisen from the same hybrid roots. The spread of digital platforms in the global South has coincided with increasing development concerns about the future of work. I’m therefore part of the Fairwork action research programme that seeks to intervene in the gig economy by rating platforms against decent work standards; engaging with platforms, governments, workers and others to improve those standards.

Another recent trend is China’s emergence as a global digital superpower. Most research to date has focused on the implications within China itself or, to a lesser degree, in the global North. Our new research project seeks to understand the implications for the global South. Will this be the battleground for a “digital cold war” between China and the West? Can China do digital development differently to Western development actors? 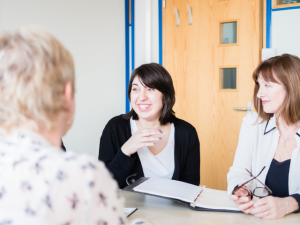 My newly-revised “Digital Governance” course unit draws in several of my research strands: e-government, smart cities, platform governance, and the wider geo-politics of digital development. I’m excited to be teaching this, particularly as part of our new MSc in Digital Development – the first of its kind in the world. This is also the domain in which I supervise Masters and PhD students. Within this, my PhD priorities centre around digital platforms, digital politics, China’s digital expansion and digital resilience but I’m always eager to receive proposals from those who want to look at some under-researched area of the ever-growing confluence between digital and development.