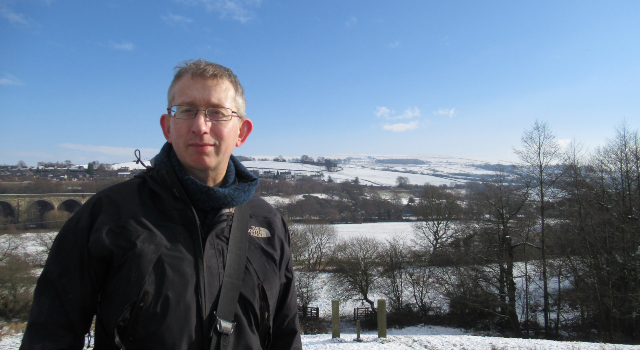 Fraser MacBride is a Professor in Philosophy and Chair of Logic and Metaphysics in the School of Social Sciences. In his academic spotlight, he talks about his background, what attracted him to join Manchester, his area of research and his involvement in postgraduate teaching.

I spent my early years living in the north of Scotland. My mother was a nurse and my father a teacher at a further education college in Elgin. Later my family moved to Scunthorpe, where I went to a comprehensive school and studied at a sixth form college. I did my PhD at King’s College London and I was a Research Fellow at University College London. I’ve since held senior posts at the Universities of Cambridge, Glasgow and St. Andrews.

The University of Manchester is an extraordinary institution employing thousands of dedicated and celebrated academics, each with their 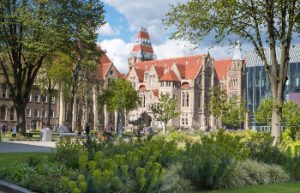 own distinctive research and take on things. It was specifically the fact that the Department of Philosophy at UoM has research strengths in metaphysics and the history of analytic philosophy that led me to take up a post here in 2016. I was also impressed by the social responsibility focus of the University. My particular concern is with the need to address climate change and I’ve been heartened that so many of my colleagues agree that we can’t be socially responsible unless we address climate change because unchecked climate change will result in deep social inequalities.

I was originally motivated to get into what I do now by reading Ludwig Wittgenstein’s Philosophical Investigations and John Wisdom’s Philosophy and Psychoanalysis. Metaphysics may be described as the quest for the most general traits of reality but Wittgenstein argued that metaphysics has a pathological character that it’s ‘language gone on holiday’. Wisdom, by contrast, argued that metaphysics may have a positive therapeutic function, akin to psychoanalysis because listening to metaphysicians can sometimes help us unravel other distortions in our worldview.

One preoccupation of mine is that as a society we have remarkably short-term memory. We quickly forget what we said and why we said it. This makes the study of history a deeply important source of self-awareness. So, one project I have is the historical one of unravelling 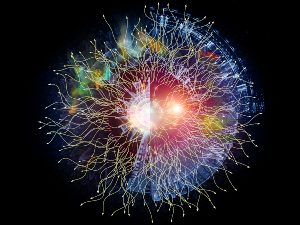 how philosophy has developed over the last century, specifically understanding we got from the philosophy of Bertrand Russell and Ludwig Wittgenstein writing in the 1910s and 1920s to where we are today. Another project is to complete a book on metaphysics in which I consider the Gaia hypothesis, the proposal that the Earth forms a single complex system. I suspect that our difficulties in confronting climate change arise from our being in the grip of a particular kind of metaphysics, conceiving ourselves as atoms which exist independently of one another and other living organism and our inorganic surroundings. So, whilst the Gaia hypothesis may be just another kind of metaphysics, considering it can still have the positive therapeutic role to perform of enabling us to break the grip of atomism and come to a less distorted view of climate change and the issues it raises for us.

I have always found postgraduate teaching and supervision exciting because it is an opportunity to bring teaching and research together. That means bringing to the table some of the ideas which are most important to me and employing this is a vehicle for helping students figure out which ideas are most important for them, thereby setting them off on their own research careers. I’ve taught widely over the years at postgraduate level and as well as undertaking PhD supervision, I have recently taught a master’s course on the history of analytic philosophy.