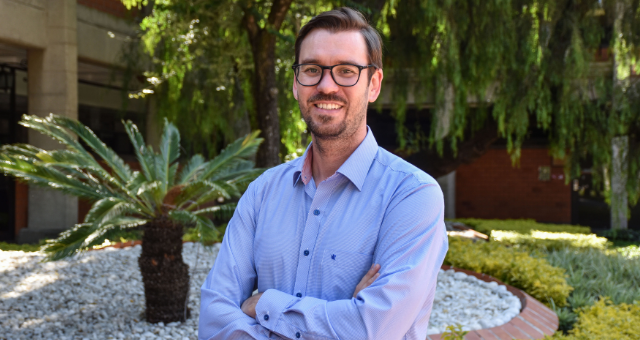 Alumni Stories: Meet one of our Social Anthropology graduates

Martin Larsson, Lecturer. Completed a PhD in Social Anthropology in 2017.

After finishing a PhD, Martin joined a Swedish company called Supersports, which was about to enter the Latin American market for football coaches through an app that they had developed. They were interested in Martin’s expertise in the area, and in his language skills. Simultaneously, Martin worked as a tour guide in Mexico, before starting a postdoc at DIE-CINVESTAV in Mexico City, less than a year after finishing the PhD. CINVESTAV is among the highest ranked research institutions in Mexico and in Latin America. Martin was there for one year, before joining the faculty of Anthropology at the Universidad de las Américas Puebla, the highest ranked private University in Mexico. Martin’s current role focuses on developing Business Anthropology at the University, which is something that he had gotten into contact with at the University of Manchester. Martin has also taught a range of other subjects, and has kept working on his own research.

Why did you originally choose to study your course at Manchester?

“The faculty of Anthropology at the UoM had (and still has) the reputation of being among the very best in the world. I was interested in working with some of the researchers there, whose work had inspired me. I also thought that a PhD at the UoM would make it easier for me to get work in Mexico, which was also the case. “

Did you always know you wanted to do the career you’re in? Did your course or time at the University help influence this?

“My first Ba was in Law (at Stockholm University), but during an exchange in Peru (at the Pontificia Universidad Católica de Perú), I took a course in Legal Anthropology, which made me want to continue studying Anthropology. I made a master’s at CIESAS in Mexico, and then went on to do my PhD in Manchester. While I was sure that I wanted to work as an anthropologist, the time at the UoM made me consider new areas that I had not taken into account before, such as Business Anthropology and Science and Technology Studies.”

How did your course set you up for your career path?

“The PhD program gave me an excellent research training, which has been useful for my present role. The same is true regarding my work as a TA, which gave me very valuable teaching experience.”

What was the most surprising takeaway from your course that’s helped you later in life?

“The topics that the faculty of Anthropology at the UoM worked with was what helped me the most in my professional development, together with the excellent guidance by my supervisors. I didn’t expect that those topics would give me new job possibilities when returning to Mexico.”

What advice would you give to a student looking to start your course and/or join the University?

“To be open for the guidance given by the faculty members.”