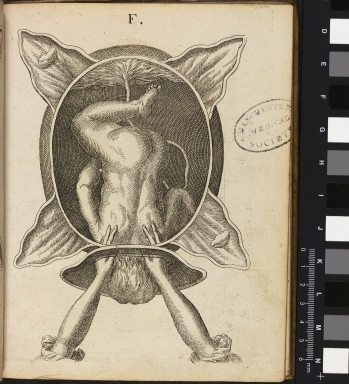 Sarah Fox was a JRRI Early Career Research fellow during 2018/19. Here she talks about her time as a JRRI fellow and how it has helped to shape the direction of her research.

My early career fellowship at the John Rylands Research Institute was awarded to allow me to undertake preliminary work on a postdoctoral research into men-midwives at the end of the eighteenth-century. The project seeks to understand the achievements of men-midwives within the social, cultural, religious, political and economic context of the eighteenth-century city, arguing that successful medical careers lay as much in these broader contexts as it did in medical training and education.

The research developed areas of my doctoral research into women’s experiences of birthing in the eighteenth-century. I had noticed that, whilst the man-midwife was an important cultural figure in eighteenth-century society, most women continued to be delivered by female midwives. This displacement of the man-midwife raised questions about his social, cultural and economic role that weren’t addressed in the historiography. If men-midwives were minimally involved in the management of childbirth in this period, for example, how did provincial towns such as Stockport provide sufficient work to occupy several men-midwives in 1756?

My main focus was the John Rylands’ extensive collection of medical texts and manuscripts. Man-midwifery and obstetrics were hugely influential in the development of Manchester’s medical culture. Manchester was the site of the first dedicated lying-in hospital outside London (established in 1790) and had been at the forefront of obstetric innovation for many decades before that. I spent time exploring the John Ryland’s repository of lecture notes and obstetric instruction books. These books contain fascinating insights into the dissemination of information and ideas between the midwifery schools of London, the midwifery department at the University of Edinburgh and regional urban centres such as Manchester. I became really interested in lecture notes, having read pages and pages of beautifully written, apparently verbatim scripts of lectures by prominent obstetricians. These notes were bound into volumes, and eventually became part of medical libraries. They are hugely revealing about gendered medical hierarchies, the early development of the medical profession, and the way that knowledge is created and shared. These lecture notes also raise a number of fascinating questions about the way that they were produced, the materiality of taking (and dictating) lectures in the late eighteenth century, and the interplay between theoretical engagement and practical experience in the training of young obstetricians that I hope to explore further.

I also spent time during my fellowship looking at obstetrician’s case notes. These were much harder to decipher than the lecture notes containing many abbreviations of both English and Latin medical terms, and in one particularly frustrating case – shorthand. It was fascinating to trace collaborations between obstetricians on difficult cases, and the types of cases that were being handled by prominent Manchester medical men. My project was not just about the men at the forefront of the Manchester medical establishment, however. A key objective in my project was to explore the dissonance between the image of obstetrics and man-midwifery created by ‘big names’ such as Charles White and William Hunter, and the surgeon-midwives and apothecary-midwives of Manchester’s less salubrious areas. To this end, I conducted a brief survey of the John Ryland’s collection of trade directories and created a database of all the individuals offering midwifery and obstetric care in Manchester at the close of the eighteenth-century. This is a fascinating snapshot of Manchester’s provision for birthing women that I plan to develop further when time and funding allows.

This fellowship gave me the time and space to develop a detailed research proposal that reached the final stages of two major funding competitions. The weekly tea and biscuits allowed me to develop my academic networks, and more importantly ensured that I didn’t spend all my time buried in the archives. I have also benefited hugely from the advice and expertise of the medical collections archivist, James Peters, and from the support of the grant-writing department. The support provided to me by the John Rylands Research Institute has been invaluable in helping me make the transition from doctoral student to early career researcher.