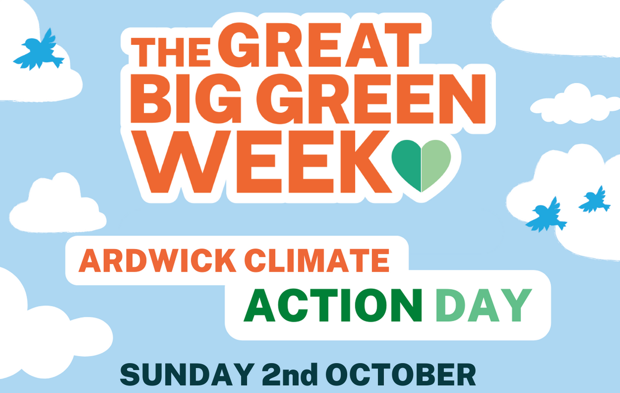 Air pollution is an ever-increasing threat to human health and the environment. Air pollution kills approximately 64,000 people/ year in England. Not only can poor air quality kill you, but it can also exacerbate pulmonary, cardiovascular, digestive, and neurological disorders.

Unfortunately, Greater Manchester is one of the most polluted areas of the UK, and air pollution causes around 1,200 deaths in the county per year. Although the World Health Organisation (WHO) has imposed suggested limits on the airborne concentration of PM2.5, this guideline is consistently broken on a daily basis across the country. Reducing road traffic is key to remaining below these WHO limits as vehicle emissions (particularly diesel emissions) are a major source of pollution. One area in Manchester that is particularly impacted by car pollution is Ardwick, which is bordered by busy roads including the A6.

On Sunday 2nd October, the Ardwick Climate Action group coordinated a social outreach event to help educate the general public on the negative health impacts of air pollution and to promote measures aimed at reducing the impacts of pollution such as planting and active travel. Working with MCC, they partially closed the busy A6 road near Mancunian Way. Closing this road was a demonstration of the large-scale actions needed to truly address the growing healthcare implications of air pollution on local communities in Manchester. The residents also wanted to increase awareness of local air quality research done at the University of Manchester. In particular, the event involved PhD students based in the Lydia Becker Institute and the Faculty of Science and Engineering. The students are primarily all part of an EPSRC-funded Aerosol Science CDT programme that works across several Universities and partner organisations such as DSTL, Emissions Analytics, Rolls Royce, The Met Office, and GSK.

On the day, many different environmentally conscious groups came together including ourselves to provide real-time monitoring of various pollutants and to inform the public of the numerous associated health impacts. We used a black carbon monitor, personal pollution sensors, and a Purple Air monitor, to assess how pollution concentration changed both before and after the road was closed. Activities and information about the immune response to pollution were also provided for the local school children and families. The scale of this social action attracted the attention of regional news, BBC North West, with whom we produced a segment for the evening news to further highlight the message.

The A6 in Manchester was shut down for two hours as part of a campaign by residents to monitor pollution levels.
The city is one of the most polluted areas in the UK – watch here to see what the results were. 🔽 pic.twitter.com/HowNq0b2Ho

Work is ongoing with the community to prepare reports on the measurements and to place monitors at key sites in Ardwick as well as support their ongoing work to green the area.

For more information on how you can get involved please contact: