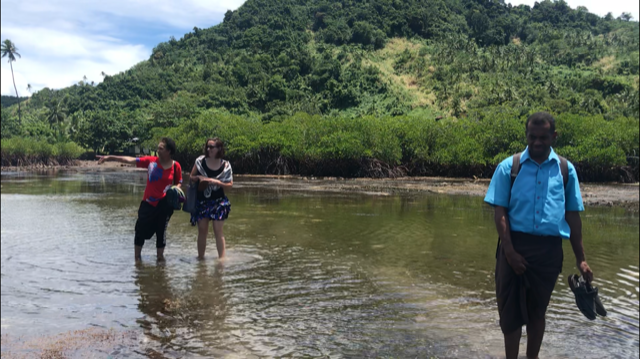 In February 2020 Celia and Annah, along with local researcher Teresia, visited four villages in Fiji that are facing increased exposure from sea level rise in the form of coastal erosion, storm surges, and tidal inundation. Community members spoke of the impact these events are having on their everyday lives and livelihoods, and how they are navigating these changes through various adaptation and mobility responses.

In Karoko village, several meters of coastline has been lost over the past 20 years. With the assistance of an external organization, a sea wall was been built in the village. However, many see this as a short-term solution and are implementing forms of independent household relocation.

Vunidogoloa village was relocated in 2014 with assistance from external organisations, including the State. Celia, Annah and Teresia had all visited Vunidogoloa previously. It was interesting to re-visit six years after the initial relocation and hear about the longer-term outcomes for the community.

Vidawa village on Taveuni Island has initiated their own independent and locally-driven form of relocation whereby all new households are to be built on higher land. This is resulting in a slower form of ‘generational retreat’ as younger households who prefer to relocate are moving while older generations are remaining in place.

Dreketi village is situated on Qamea Island, an isolated island off the coast of Taveuni. Dreketi is facing not only impacts associated with coastal change, but also landslides from an adjacent hillslope. The village currently has no options for relocation, yet many are happy staying where they are, at least for now.

While the fieldwork exemplified how coastal change is impacting the everyday lives and livelihoods of coastal communities, the stories that came from local people were of perseverance, strength, and hope for a better future. 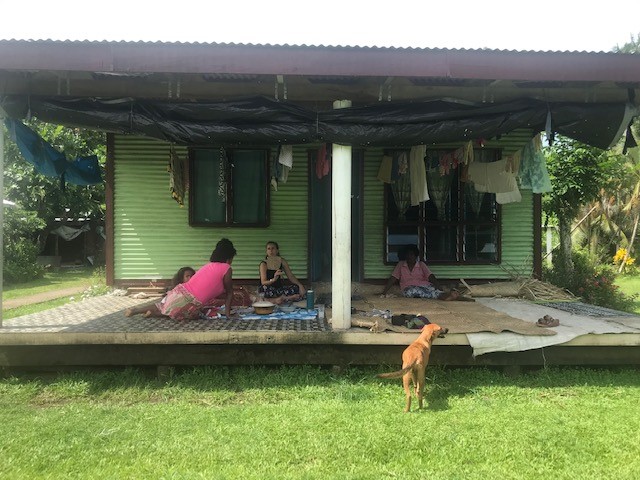 Research findings workshops
The links between research, environment and development policy in the Maldives
Meeting the Minister of Environment