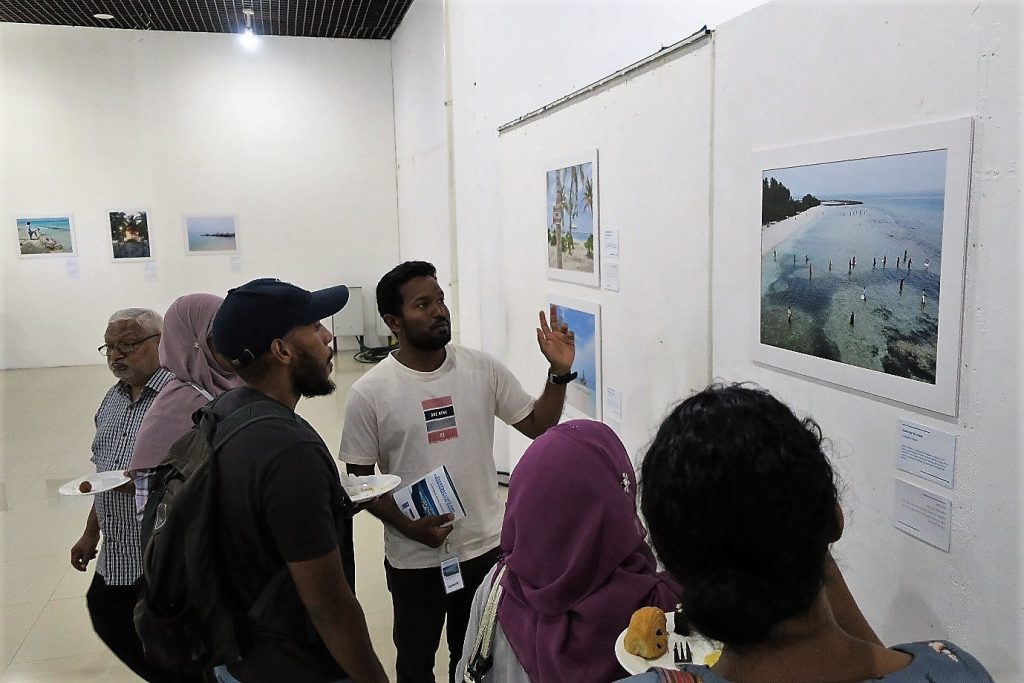 The Everyday Lives and Environmental Change photography exhibition was successfully launched on 18 April in the National Art Gallery, Malé.

Around 70 people attended the event, which featured a panel discussion of representatives from the UNDP, Maldivian Red Crescent, Environmental Protection Agency and ENDEVOR. Also in attendance were some of the photographers who contributed images to the exhibition. During the event, they were on hand to explain why they chose their particular images and what those pictures mean to them.

The day before the launch, Uma Kothari, and Mizna Mohamed, were interviewed about the research project and photography exhibition live on Maldivian television. The interview took place on the popular daytime TV show ‘Hedhunu Hedhunaa’. During the interview, the main aims and findings of the research project were discussed, as were the preparations for the launch of the photography exhibition. 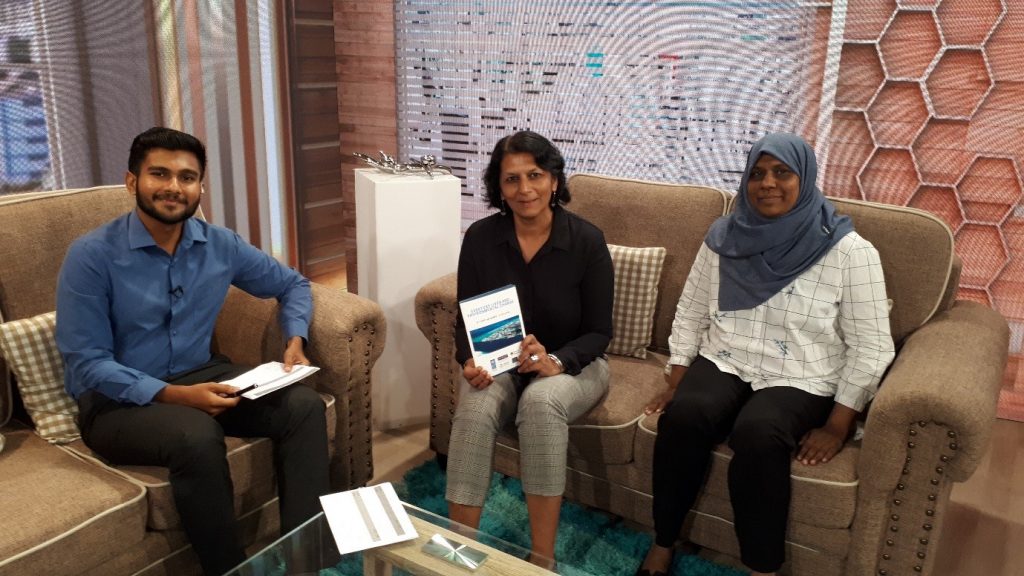 The exhibition was well-received by the island communities that contributed images to the event. The exhibition allowed people to show the environmental changes that they were experiencing and to express what they thought and felt about them. It also helped to transmit people’s ideas and concerns, via visual imagery, to decision makers in the national capital, Malé. 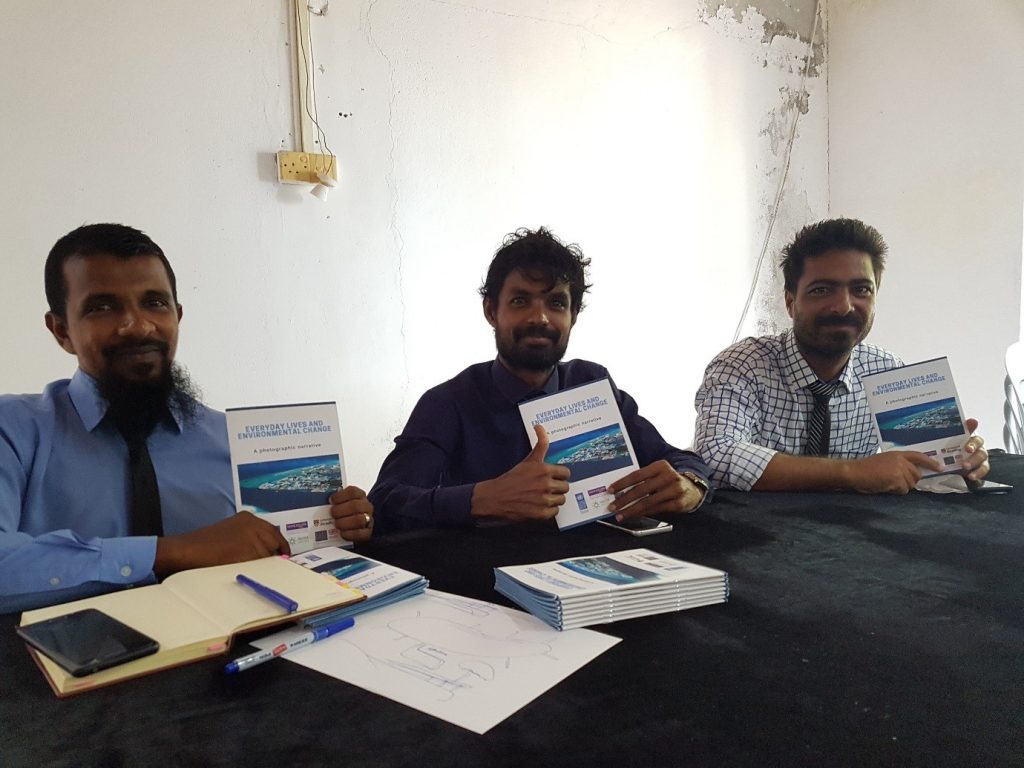 Everyday lives at sea and in port
Everyday lives: A photographic exhibition
The links between research, environment and development policy in the Maldives