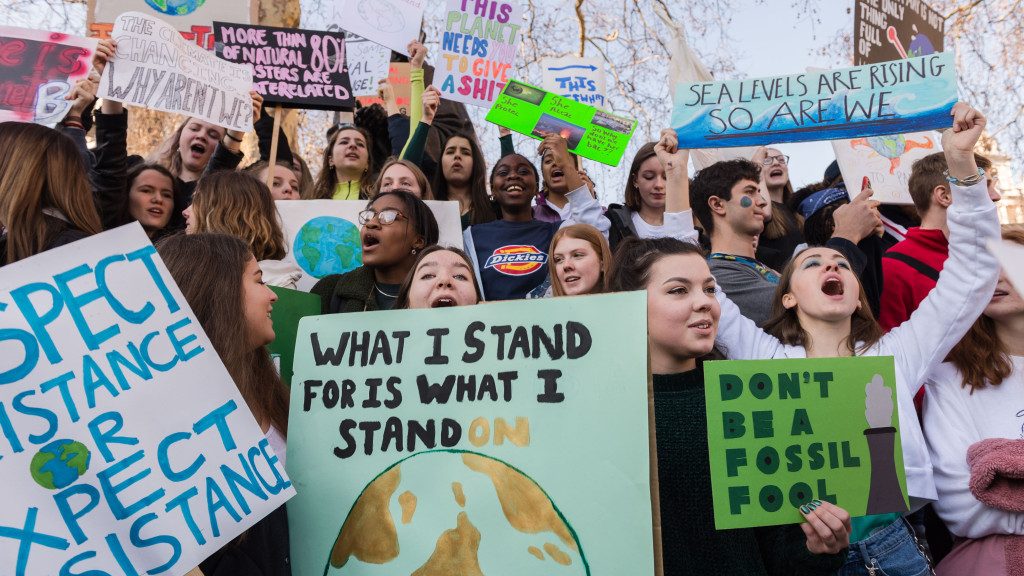 As a student of Business Studies & Economics, the first thing that comes to my mind is that a Corporation is run for profits and the sole interest of its shareholders. But now the corporations are taking up social and environmental causes with not only their shareholders in mind, but to serve a broader interest towards the environment, carbon footprint and all other stakeholders.

During the last twenty years, an increasing number of corporations are following the “doing well by doing good” theory (Mangolis Elfenbein and Walsh, 2003). According to this view, if a corporation improves its environmental and social performance, it will eventually lead to higher financial performance. It is because of this concept that many companies have voluntarily prioritized social and environmental policies in their organizational goals. Corporations can directly create value for their shareholders (Freeman et al, 2010, Porter & Kramer, 2011); example investing in training for the employees and investing in superior quality products and safety for the customers.

In contrast, a different view is that if a corporation engages in environmental and social initiatives, it can erode the wealth of shareholders. As an example – if a company goes for environmentally – friendly sourced raw materials, this would lead to charging a higher price to the consumers, which the consumer may not be willing to pay. Therefore, there is an understanding that companies who do not have such restraints will do better in the competitive business environment.

In today’s world there is a big concern about social responsibilities, depleting fossil fuels and resource scarcity, and their effects on our planet. There has been a great increase in ‘sustainable reporting’ by corporations. This acknowledges the fact that corporations should be responsible for their impact on the society and environment.
A big turnaround came in 1995. Brent Spar, a North Atlantic storage and tanker loading platform, was operated by Royal Dutch Shell. By 1991, it was considered of no further value. In 1995, the U.K government supported Shell’s plan to sink the Brent Spar Oil platform as a method of low cost disposal. Greenpeace activists occupied the Brent Spar and a media campaign was launched. Initially, Shell attempted to demoralize those activists. But there was massive public support for the campaign across Europe. Consumers boycotted Shell, and this led to not only drop in sales but also plummeted Shells share prices. This was at the same time when Shell was allegedly involved in the execution of Ken Saro–Wiwa and eight other Ogoni activists in Nigeria. The Niger delta had been targeted for crude oil extraction since 1950s and had suffered large environmental damage. Their execution led to international outrage against corporate human rights abuses and ecological depletion and showed Shell as a corporate power in a globalized world as against human rights and environmental sustainability. On 9th June 2009, Shell agreed to an out – of – court settlement of U.S $ 15.5 million to victim’s families. They still denied any liability for the deaths and said that the money was to cover the legal costs for the families.

In the Brent Spar campaign, Greenpeace demonstrated the new power of civil society. Greenpeace hailed Shell’s decision a victory: “it is a victory for us but more importantly it is a victory for all the people who campaigned against the dumping.”
In order to repair its reputation, and to inform consumers, Shell issued a Corporate Social Responsibility (CSR) policy in 1998, becoming the first large corporation to do so. For this, Shell interviewed around 10,000 people across 56 countries, focusing on opinion formers in media, lobby groups, analysts and academia.
John Elkington’s pioneering consultancy SustainAbility, formally critical of Shell, worked with Shell on Profits and Principals (1998). ‘Profits and Principals’ was the first full CSR report of a multinational company, reporting group wide on social and environmental impacts: adopted the “triple bottom line” – economic, environmental and social.

In 1993 only 27 major companies globally were reporting on environmental issues (Sustain Ability 1993). By the mid 1990s awareness and discourse about sustainable development was high. 100s of companies started reporting annually on environment ( Elkington, 1998). Corporations realized, specially after the Shell episode, that the value of the brand is linked to its ethical policies.

Early adopters of Sustainability reporting were including only environmental and work place safety. Regulations were increasing, and pioneering organizations were offering the corporations novel practices to respond to NGO campaigns and these regulations. Companies started disclosing information relative to the organizations “triple bottom line”, which showed the company’s economic, social and environmental performance; commonly referred to as CSR or sustainability reporting. Many corporations are now adopting ‘Integrated reporting’ – a single report detailing both financial and non – financial information. An integrated report shows the holistic views of a company not only towards the shareholders but also towards the environment.
Economic globalization has increased the power of Corporations over the State. Corporations and the powerful groups that represent them and their interest (e.g. WTO) influence the laws and regulations that effect their activities.

Technological advancements in the fields of renewable power and energy efficiency, along with a drop in their prices, has made low – carbon energy much more attractive to the corporations – economically as well as technically. By moving to a lower carbon footprint, corporations can take advantage of the transition happening. They are choosing a Financial Crash over Climate Crash. Fossil fuel companies can no longer have shareholder value as their primary objective.
I can conclude by saying that the companies are no longer judged solely on the basis of economic performance and wealth creation. They care about what people in general think of them. They want people to know that they are adhering to principles and also how they work. The corporations want to seek views of the public.
Investors want a good return on the money they have invested in a company. Local communities want these companies to keep the environment in check and also give compensation to the areas where they are operating.

37 of the world’s largest economies are corporations. Most of these are oil companies or banks. With just a few corporations comprising most of the world’s economic activity, it has become easier to keep a check on them and to hold them accountable for their effects on society. The internet and social media enable individuals and NGOs to mobilize people to participate in protests and boycotts. Corporations are under pressure to be responsible for their impact on environment and society.

The people vs the planet: Is there hope?
In 2017, do we still neglect women from politics?
Tourism: Victim or villain of climate change?