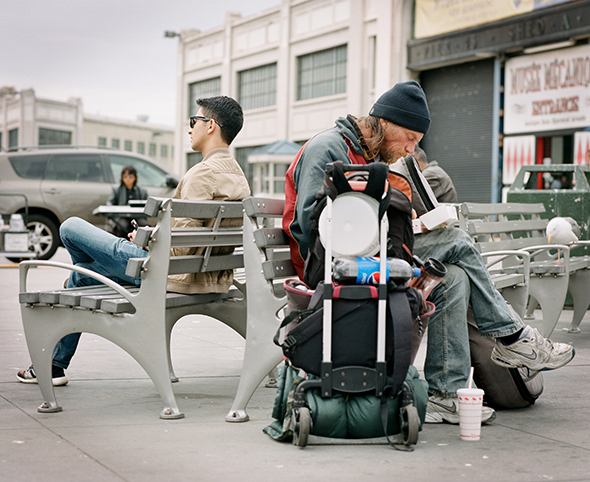 Materialism and Poverty in America

Inequality in America is becoming increasingly prevalent in the 21st Century, however traditionally when people view America, they see the ‘American dream’ the idea that everyone has equal opportunity to be successful and move up in life. However, in today’s society that is not the case as the ‘American dream’ is just a consumerist vision which is no longer reality due growing inequalities and the gap between the rich and the poor. Perhaps consumerism, attitudes and greed have all led to the increasing levels of inequality in America and the idea that the American dream is now just a ‘myth’.

Materialism is a major factor into reasonings for inequalities in America, largely as it creates an overwhelming feeling of relative deprivation for many, due to Americas high economic status it encourages people to calculate their wealth based on personal belongings and compare their material belongings with others. Wilkinson and Pickett demonstrate this idea “Surveys of the 12.6 percent of Americans living below the federal poverty line (an absolute income level rather than a relative standard such as half the average income) show that 80 per cent of them have air-conditioning, almost 75 per cent own at least one car or truck and around 33 per cent have a computer, a dishwasher or a second car. What this means is that when people lack money for essentials such as food, it is usually a reflection of the strength of their desire to live up to the prevailing standards. You may, for instance, feel it more important to maintain appearances by spending on clothes while stinting on food” (Wilkinson and Pickett, 2011). Consumerism is seen as a way of life in America, it is good for businesses and the economy, and people begin to believe that they are losing out when they don’t purchase new items they see on adverts. The United States is the largest advertising market in the world and in 2018 $51.3 billion was spent on social media advertising. Black Friday is a good example of this, it originated in America in the 1960’s and was introduced to mark the Christmas shopping season, it has now been introduced globally. The main principle behind Black Friday is to increase sales and improve the economy and It has been extremely successful in doing so as in 2017 consumers spent over $5 billion during Black Friday. Highlighting the high levels of materialism and also perhaps hinting at inequalities in America and possibly hinting at the levels of inequality of America as it is likely that many use the Black Friday to increase their material wealth. As it is increasingly common in today’s society to see wealth in terms of material possessions, the more you have the more successful and superior you are seen to be, it can be measured in terms of jobs, cars, where you live, holidays and many other factors.

The gap between the rich and poor in America is becoming increasingly prevalent, as millions of Americans don’t know when their next meal is coming whilst Jeff Bezos the CEO of Amazon is worth an estimated $166 billion. Due to Americas portrayal as an influential superpower state many would be surprised to hear that 1/6 of Americans don’t have enough food to eat. Perhaps this is a relatively unknown fact due to the stigma around poverty and the desire to appear successful leads people to struggle in silence. Overall more than 48 million Americans now rely on SNAP which is the supplemental nutrition assistance program. In 2010 Los Angeles had the highest SNAP participation with 971,000 recipients, a surprising statistic considering it is seen to be filled with fame and fortune. Jeff Bezos characterizes the consumerist society in America, he earns $2,489 per second whilst some American families are struggling to earn $25,000 a year. Those struggling are looked down on whilst those exploiting them are seen as successful. Although from the outside America may be viewed as a dominant superpower, this status is gained by making materialism a priority and the rich exploiting the poor.

Shedding light upon the devastation caused by economic inequality
Fast Fashion: How Status Anxiety Fuels Exploitation
The Age of Online Learning: How the Pandemic Accelerated the Socio-Economic Divide in Britain