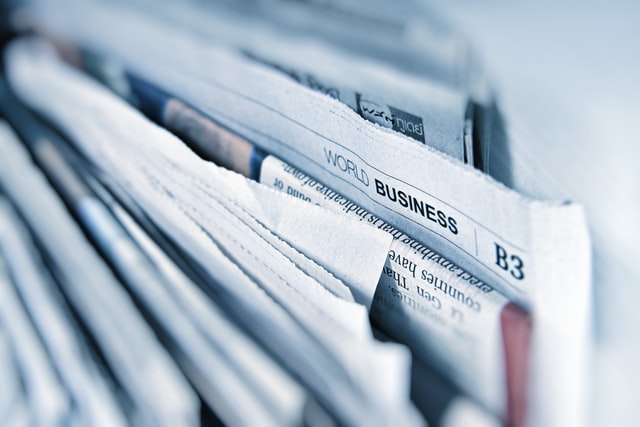 Photo by AbsolutVision on Unsplash

The leading incentive of media platforms is to create profit for their company, and this can come at the expense of misrepresenting particular groups of people in order to appeal to certain demographics. Sakellari (2019) supports this by addressing different discourses and types of language and imagery used to portray specific messages. Obviously, this has a detrimental effect on the perception of migrants by the wider public, especially when medias have conflicting political agendas. The focus of this blog is not to ask why the media presents migrants in certain ways, but how. Specifically, how these representations shape general attitudes towards migrants, starting with the language used across media platforms.

Millions of people are displaced due to flooding, wildfires and storms, with the estimation that by 2050, there will be 1.2. billion people displaced as a result of extreme environmental factors[1]. An issue related to the representation of these migrants is the language and imagery used to depict them by certain media platforms, aiming to invoke specific emotions from the readers as a method to gain customers. Sakellari (2019) details a way in which climate migrants are depicted in the media as a threat and as something the host country should fear. The term ‘climate refugee’ is used regularly to describe those migrating and seeking refuge due to environmental factors. However, the term ‘refugee’ legally refers to people who have a ‘well-founded fear of persecution’[2] in their native country, but this persecution is limited to few reasonings and environmental disasters or factors are not included. So why do media outlets continue to use this phrase? The most appropriate assumption is so the companies gain readers and in turn, profits, despite not being an accurate description.

Imagery along with this use of language impacts the opinion of the reader and their interpretation of climate migrants. For example, ‘massification’, which are images of large groups of unidentifiable people usually on migratory routes or small, fragile dinghy boats emphasises the idea of migrants as ‘threats’, according to Sakellari (2019), as it ignores the individuality of each person and their unique personhoods. These images are often paired with metaphorical language associating refugees with water, such as tides, waves and floods[3], suggesting these migrants are unpredictable and threateningly ungovernable. Not only does this paint climate migrants as an enemy, but also dehumanises them. This approach by the media is encouraged by far-right political campaigns using the argument of ‘eco-bordering’[4], which is a relatively new discourse currently supported by 22 European far-right parties[5]. This theory seeks to blame immigrants and migration for environmental destruction through depicting migrants as unable to care for the environment of their country of origin, therefore will treat other environments the same. The recent case[6] brought against the Department of Homeland Security by Arizona Attorney General, Mark Brnovich claims immigration in Arizona has negatively impacted the environment supposedly through the increased demand for ‘housing, infrastructure, hospitals and schools’[7]. This strategy shows how right-wing politics blame migrants for environmental issues whilst simultaneously ignoring their own contribution. Admittedly, they have progressed from completely ignoring the existence of ‘human-induced climate change’[8] but have moved on to blame and demonise those who have had significantly less involvement in causing the problem. This argument ignores the impact richer countries have on the environment, and further illustrates climate migrants as a threat.

Not only are migrants depicted as threats through the media, but also as victims through failing to acknowledge the agency they might have. The choice of language and imagery by the media is again an example of this, especially when pictures of destruction and damaged areas are used to depict migrants as needing to seek refuge. Sakellari (2019) argues these images fail to address the history of neglect and colonialism that had major impact on the socioeconomic status, making them more vulnerable to climate change. The media fails to acknowledge the Western involvement and instead focuses on representing refugees as helpless and Western society as being the saviours, suggesting this as an incentive for readers to invest in the media company and become customers. In reality, much of climate migration is internal[9] instead of transnational, and not necessarily forced which the term ‘refugee’ implies.

The question of why media represent climate migrants as certain entities (e.g. threats or victims) comes down to it being profitable, through instilling specific emotions in the reader. This method by media companies definitely comes the expense of the migrants through depicting them as having absolutely no autonomy or agency, and merely as people who should be feared or saved.

Sakellari, M. (2019). Climate change and migration in the UK news media: How the story is told. International Communication Gazette, 63-77.