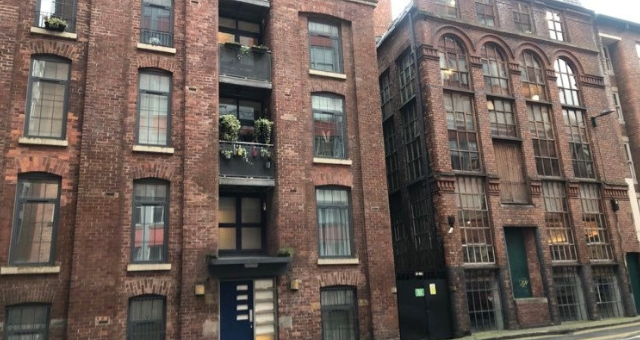 My love for Manchester

Read on to see why international student Ostap fell in love with the city of Manchester.

I think that Manchester is a unique place. To start with, it is extremely well-known, just not as a city. If you meet a stranger in the middle of 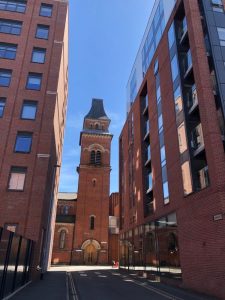 the Sahara Desert or on the slopes of the Himalayas mountains and say “Manchester”, the chances are that in response, you will hear “…United”. It might feel a bit odd, but two of Manchester’s massively successful football clubs are more famous than the city herself, at least it is certainly that way abroad. I do not think it’s bad, though. Whether you like football or not, whatever works works. And Manchester’s booming football scene certainly makes the city more famous, exciting, and fun. I live close to the Etihad Stadium, a ground where Man City were coronated as the Premier League champions just last week, and I love it there. The area is green and pleasant, with countless birds singing throughout spring and summer. My favourite part, though, is that canal that runs near the stadium, the Ashton Canal. If you want, you can walk along that canal to another famed ground, Old Trafford. How cool is that?! I highly recommend trying it. Trust me; whether you are blue, red, yellow, or green, it will be a beautiful walk. Just do not do it on the match day, because yes, it gets crowded quickly. 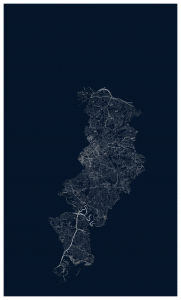 Artistic map of Manchester district within Greater Manchester created by me for one of the assignments.

Another reason why I love Manchester it’s her industrial heritage. Yes, it certainly was ugly, unfair, and often brutal. However, the people of Manchester are mature enough, to be honest about it. It feels like this city has managed to rethink its turbulent history and make peace with it. And I like it. Numerous old mills no longer pollute canal waters and no longer make streets dirty and the air unbreathable. These days most of them are completely redesigned and either become cosy residences or pleasant workplaces that attract creative and bright people. Neighbourhoods like Ancoats, Northern Quarter, and Castlefield beautifully combine the old and the new. Any day when you feel down, just go walkabout those neighbourhoods, and I promise you that you will feel better.

Finally, what I like about Manchester is the atmosphere of openness, respect, and tolerance. No matter your ethnicity, sexual orientation or beliefs, you can feel safe and do whatever you do without a second thought. In other words, you can be yourself, and I think that’s beautiful. Try walking around Gay Village or Chinatown, and you will see what I mean. Not that many cities in the world have that atmosphere of acceptance and creativity. 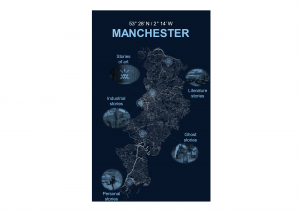 Map of Manchester district with some story examples.

Manchester certainly is unique. London might have its palaces, Liverpool its cathedrals, and York its shambles. Manchester has mills, and they are beautiful precisely because no one expects them to be. Go try to find little “space invader” mosaics hidden in Faraday Street or the wall of murals that embellished Back Turner Street, and I promise that you will fall in love with this city just like I did.