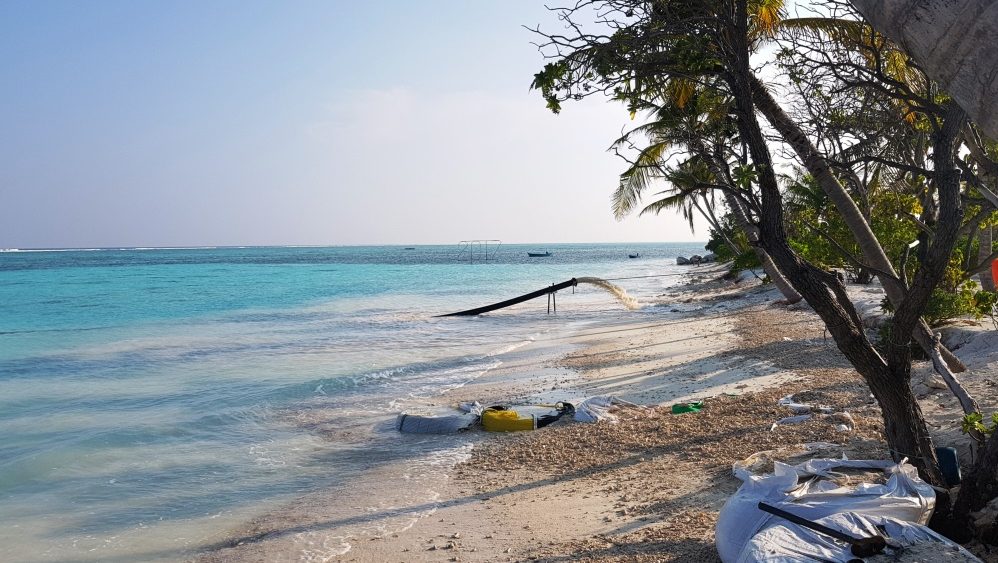 What do shifting sands mean for island life?

By Alex Arnall and Uma Kothari.

Pristine white sand running into the azure blue sea is the stereotypical tourist image in the Maldives.

But what processes, mobilities and decisions affect the shifting sands around the islands themselves? By exploring the diverse ways in which sand flows in, around and beyond a small island in the Maldives, we are investigating the multiple temporalities and rhythms of the movement of sand.

Human and non-human agents are entangled in shaping the pace, form, extent and direction of its flow. These entanglements alter where sand moves from and to, where it accumulates and where it flows out to sea, and where it comes to settle. 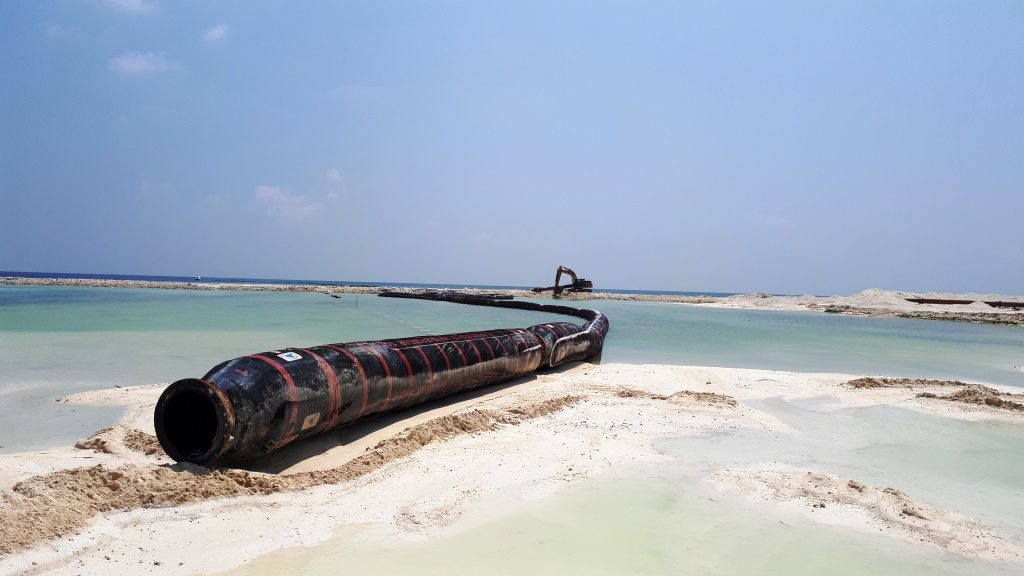 There are multiple times and places on the island where human and non-human actors interact with sand in different ways. On the eastern side, there is the heavily engineered zone, where extensive construction and reclamation are shifting, stilling and compressing sand in very large quantities.

In the south, a long sandspit forms an area where there is relatively little direct human influence and instead where wind, rain, currents, vegetation and crabs shape the movement of sand.

The western side of the island is characterised by accelerated coastal erosion. Here, there is a struggle between the human and non-human taking place, as people attempt to mitigate the effects of tides and waves on the movement of sand by slowing its progress along the coastline. 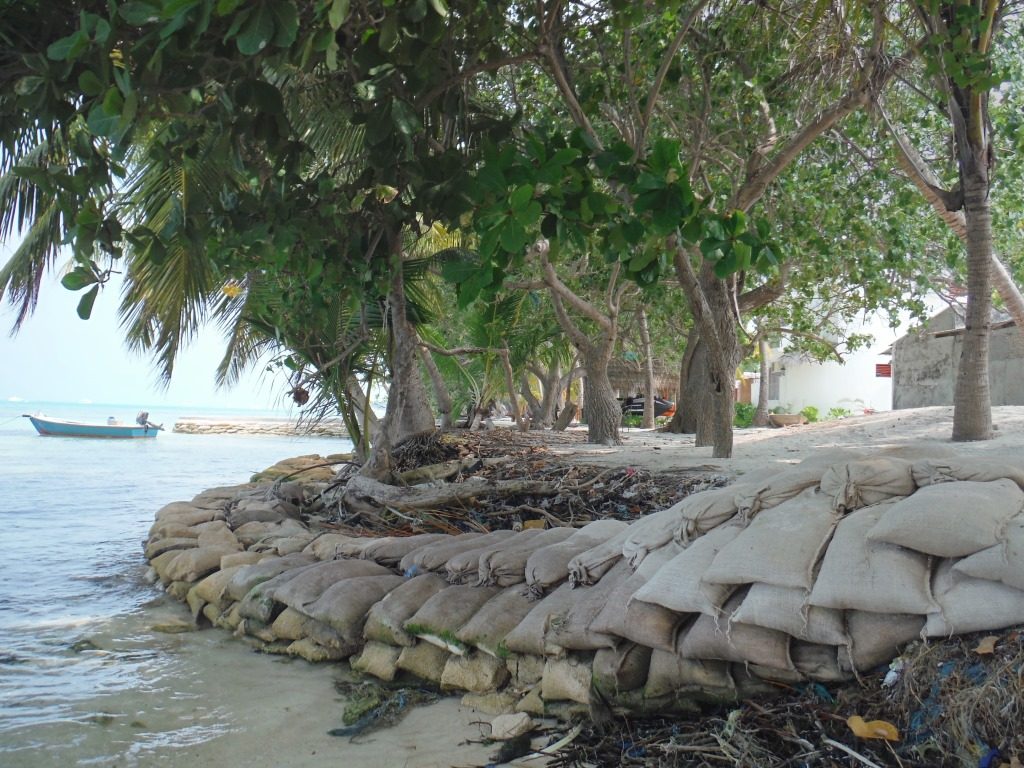 The particular combinations of speed, pace and cadence of the passages of sand in, around and beyond these zones are numerous. They include processes that are ongoing, such as the formation of sand grains and their movements by ocean currents, those that are cyclical, for example the shifting of sand from underneath the beach to its surface by crabs, and those that are infrequent and violent, like storm surges, as well as the interactions between all of these.

Many of these movements are, either intentionally or inadvertently, stilled, slowed down, or speeded up by human activities. Some are mundane and small-scale, such as the daily sweeping of the beach, while others are exceptional and far-reaching, such as the compaction and securitisation of tonnes of sand as part of a harbour wall. Sand is always coming to, and moving away from, the island and, in so doing, connects it to the wider world.

These dynamics complicate what an island is and how a sense of islandness comes about. To fully comprehend these processes, it is necessary to consider the cultural and the material together. This allows for a greater sensibility towards, and understanding of, the choreography of sand in place-making across different but interconnected temporalities, and the range of emotional and sensory reactions that they provoke.