Coeliac disease occurs when your body can’t tolerate gluten, which is found in such foods as wheat, barley, rye and crossbreeds of these. Most coeliac disease patients can safely eat very small amounts of gluten.

It is widely accepted that gluten-free refers to a level of gluten that is harmless rather than to total absence. 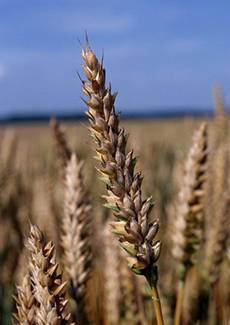 Coeliac disease is a disease of the small intestine triggered by ingestion of gluten. Gluten is a group of proteins found in cereal grains such as wheat, barley and rye and are responsible for the dough-making properties of wheat flour.

A flattened mucosa is not able to absorb nutrients, vitamins, and minerals very well and leads to many of the symptoms of coeliac disease such as diarrhoea, weight loss, general weakness, anaemia, dementia and osteoporosis.

It is estimated that about 1% of the population has coeliac disease, while many more go undiagnosed. It is therefore an important public health issue.

As a consequence of gluten’s role in triggering coeliac disease, the Codex Alimentarius Commission Committee on Food Labelling has listed wheat and other gluten-containing cereals on their list of the foods and ingredients known to cause hypersensitivity.

These are not as common as coeliac disease. Find out more about IgE-mediated wheat allergy and WDEIA in the InformAll Database.

A lifelong gluten-free diet is the only treatment for coeliac disease. Products with wheat, rye and barley must for example be avoided.

Most patients tolerate products with oats as long as they are free from cross-contamination with other cereals containing gluten. On a gluten-free diet the flattened mucosa in the small intestine of coeliac patients heals and the symptoms disappear.

A scientific review of relevant studies concluded that most coeliac disease patients can safely eat somewhere between 10 and 50 mg gluten daily.

For coeliac disease it is widely accepted that gluten-free refers to a level of gluten that is harmless rather than to total absence. The Codex Alimentarius Commission has reviewed the standard for gluten-free foods. In the revised standard they recommend the use of two categories

People with an IgE-mediated food allergy to wheat may not tolerate gluten-free food, as they may react to lower amounts of gluten than defined in the Codex standard and/or to other allergens than gluten.