Food Allergens / Allergy facts / How many people have a food allergy?

How many people have a food allergy? 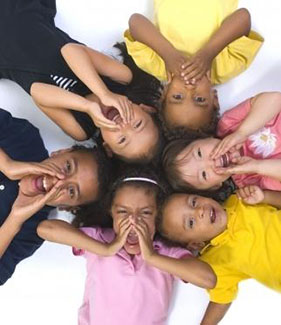 This is a question that is very difficult to answer because different studies provide different results due to diverse study designs, the misclassification of other conditions as allergies, plus variations in study location and local diet.

A review showed most studies found that clinically proven allergy to any food occurs in 1-5% of the total population (Nwara et al, 2014).

Researchers in the EU-funded EuroPrevall project looked at more than 900 published studies to access the percentage of people with food allergy in the community.

The researchers found that if surveys asked people if they think they have food allergies, 3-38% answered yes, although only few studies had figures above 20%.

However, only 1-11% of these people had their food allergy confirmed by a medical specialist.

However, it is generally accepted that there has been an increase in the last few decades. Because of this, anaphylaxis hospitalisations are also increasing. Fatal anaphylaxis is rare, however, and estimated to be 0.65%–2%, although the true value is likely to higher, both due to under‐diagnosis and under‐notification.

Food allergies are more commonly found in children than in adults and some allergies such as such as eggs, milk, wheat and soya are commonly (~80%-85%) grown out of by around age three to five.

However, allergies such peanuts, seafood and tree nuts are very rarely grown out of. Peanut allergy is one of the most common childhood allergies in the UK (Nicolaou et al 2011)

An allergy can occur to any food, but 90% of food allergic reactions are due to the ‘big eight’ food allergies; cow’s milk, eggs, peanuts, fish, shellfish, soy, wheat and tree nuts (Koeberl, Clarke & Lopata, 2014).

Clinical evidence suggests that tree nuts and peanuts are responsible for most allergic reactions among adults.

The occurrence of food allergy varies across the world. For example, rates are higher in countries like Switzerland (Lyons, Burney & Ballmer-Weber, et al, 2019), the UK and Australia (Osborne et al 2011) than they are in countries like Greece and India (Li et al 2019; Mahesh et al 2016, Schoemaker et al 2015; Xepapadaki et al 2016).

The occurrence of food allergy probably varies across different geographical areas because of different dietary patterns and differences in exposure to pollen.

Little information exists on gender differences in food allergy in children. In adults, an impression gained by allergy doctors is that food allergy is more common in women.

However, it is not known whether this gender difference is due to physiological differences or to differences in health-seeking behaviour between men and women.

EuroPrevall state of the art papers: