What is radicalisation and why is it so hard to understand?

Recently, the British Government has created a specialist task force to specifically tackle the process of radicalisation in UK prisons. This marks a wave of tactics focusing on the processes that lead to terrorism and violence, rather than focusing time and energy on the end-product of extremist views as previously tried and failed. However, the terms “radicalisation”, “radical” and “extremist” have become increasingly entangled and in turn, carry several misconceptions regarding the nature of each of these terms. Because of these misconceptions, it is difficult for any governing body to accurately tackle the forces that are causing terror across the Globe.

Radicalisation discourse is clouded in confusion; many focus their attention solely on Islamic radicalisation and subsequent terrorism (as this blog will also focus heavily on), but it is useful to mention that radicalisation occurs outside of Islamic and jihadist terrorism. As radicalisation is a worldwide issue and covers several communities, faiths, and continents, it is understandable that nobody is yet to have produced a working definition of the term, despite many attempting to do so. The Canadian Government’s definition of radicalisation states the process by which individuals are introduced to an overtly ideological message and belief system that encourages movement from moderate, mainstream beliefs towards extreme views. 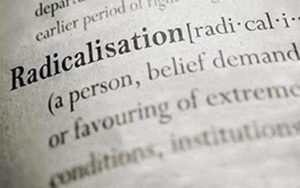 Many confuse this with radical behaviour or understand radical in terms of a process ending in terrorism. However, the main distinction between radical behaviour and radicalisation is the open-minded approach that radical beliefs take when addressing political structures that they wish to alter. Radicals have been noted over the years to advocate for political change, which many now view as the norm. An example of this would be the women’s rights movements of the early 20th Century. This process saw many women who were willing to engage in critical thinking towards the matter, demonstrating that although violence occurred, it is not a pre-requisite for radical behaviour. Schmid (2013) noted that extremist behaviour, in contrast, is closed minded and seeks to create a homogeneous society based on rigid, dogmatic ideological tenets, suppressing all opposition and subjugating minorities. It is clear from these definitions that there is a vast difference between radical behaviour and the extremist views that are a result of radicalisation.

To look at the recent behaviour of world leaders we can find that tackling terrorism and extremist behaviour is a top priority for many, so why is it so hard to define? Surely it is impossible to fight an entity that is unknown? Apparently not in the case of Donald Trump’s America, where statements have been made such as fighting “radical Islamic terrorism”, despite the fact that the terms “radical” and “terrorism” is in conflict with one another. The close-minded approach of terrorist acts cannot be fought with a close-minded solution, we can see from Trump’s America that this only spreads fear. Most governing bodies agree that radicalisation is a process. However, even within the Islamic sub-category, it is still uncertain what the process involves exactly. It should also be noted that terrorism is not always the end product of radicalisation, as political violence can be distinguished as a separate entity; rioting and violent demonstrations are elements of political violence but not terrorist behaviour. The definition of terrorism is clouded in even more confusion, one political scientist, Didier Bigo,

The aspect that no governing body or scientist seemingly communicated any definition of terrorism, extremism, or radicalisation, is because of the raw emotions triggered by the use of these terms. Terrorist attacks cause a fear unlike any other, threatening the safety of whole communities, ripping apart families and changing lives forever with no way for the public to predict and prevent involvement. It is this raw fear and anger that is not presented in any definitions, making it difficult to fully explain. Furthermore, producing this fear is the sole purpose of many terrorists in their acts of violence, which demonstrates further the need for an accurate definition to produce an effective solution.

It is also this fear that is a motivator for many to tackle these issues. As previously mentioned, the UK government is now focusing on prevention of the radicalisation process to prevent terrorist acts. Targeting radicalisation in prisons is a key step in protecting the vulnerable from this process and dispersing any solidified radicalisation systems that are already in place in British institutions. This prevention scheme will disperse such processes and tackle terrorism from the source, instead of focusing on the end product of this process. Hopefully, in time, we will see a drop in the numbers of those being radicalised and the UK prison system will no longer be a dangerous place for those admitted.