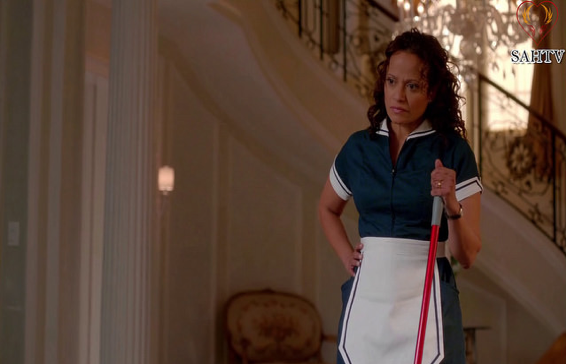 Who are the real victims of Racialisation?

Shortly after moving to the UK, I started dating a British guy. I told him over WhatsApp how dirty my apartment was, and that, either out of laziness or busyness, I would look for a company to help me with the cleaning of my house. Surprisingly, he responded to this message saying: “how funny, a Mexican hiring another Mexican to clean”. Funny? What is funny for me is that I am not Mexican; I am proudly Venezuelan, just as I would be if I were from any other country. This person’s comment reminded me of Kelly Osbourne’s blunder in 2015 by making a similar comment against Trump´s campaign, although, I am not sure who she was attacking. So I cannot help but wonder, who are the real victims of racialisation?

Racialisation is the process by which an ethnic group is represented or related to certain activities (Miles and Brown, 2003). These activities are stereotyped qualities that are imposed on the persons being racialised (Maldonado, 2011). Racialisation is strongly linked to the labour market. This is due to international migration and the hierarchical imbalance of capitalism (Castles and Miller, 2014).

The United States is one of the preferred destinations for Latin American migrants, not only because of its geographical location but also because they feel safe there, can grow economically and professionally, in addition to the strength of the dollar versus Latin American currencies. The problem comes when this migration is done illegally, which leads many migrants to opt for jobs without social security and from which many employers take advantage, committing both parties a crime. One of the most common jobs offers for irregular migrants is as housekeepers.

Television series such as Devious Maids show only Latin American employees as the people who are responsible for domestic chores in the house of white millionaires in the United States, reinforcing and nurturing the stereotype of Latinos as the staff in charge of cleaning the houses. Television shows are not the only one to blame here; also the influence colonisation, westernisation and the power of one race over the other that continues to be part of our contemporary history. Also, the political influence is a factor that significantly influences the media; electoral campaigns, Brexit, and Donald Trump´s beloved wall between Mexico and the United States.

It is not surprising that in a country where 7 out of 10 citizens are politically engaged (Desilver, 2013), the influence of what presidential candidates have to say will shape electors tendency. In the past presidential elections where Donald Trump won, during a debate in 2016 with then-rival Hillary Clinton, she brought up this man’s racist past, when among other things he called former beauty queen Alicia Machado (Miss Universe 1996) “Miss Housekeeping”. It is difficult to know if that nickname given to her was true or not, however, what is important here is that Mrs. Hillary Clinton used this tool to discredit Trump, believing that it could attract the Latino population to vote for her. It sounds like a double-edged sword, the strategy may have given her votes, but it also reinforced the racialisation.

‘Race’ is not a category that individuals are born with; it is socially constructed and attributed to groups socially racialised through continuous stereotyping practices. These practices may be innocent or arbitrary and ultimately create fixed differences. Every day we listen to the news, almost all of us watch TV programs, and this becomes part of our daily lives, making us all the real victims. In some occasions we are guilty without intentionality, we pay the crime for our ignorance, arrogance and the influence of the media. I have had a hard time thinking about this reality, and it seems that as human beings we are like machines labelling people around us, and we only see and not look at people; we have an opinion as part of a group but not as individuals. We tend to leave out many elements that make up an individual. It is as if racialisers see migrants as if that´s the only thing they have ever been in life, and they do not see beyond that.  We do not know what migrants leave behind, maybe university careers, housing, family; they are not only housekeepers, gardeners, they could also be accountants, lawyers, doctors, they are mothers, fathers, somebody else’s children, siblings, friends. People like you, whoever is reading this, and people like me.

The role of race in immigration
We need to change the way we talk about radicalisation
Free movement: Has policy making and the media lead to racialization in the UK?