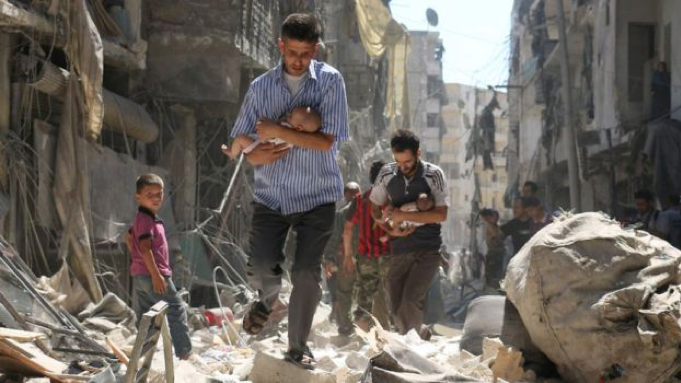 The push factors of radicalisation: how the UK grows its own terrorists

On the 19th of February this year, Sajid Javid revoked the citizenship of teenager Shamima Begum, who was attempting to return to the UK after leaving to join ISIS in 2015. The decision sparked controversy; for some, it was indisputably the correct judgement, for others it sparked anger. Although the majority of the debate revolved around it, her citizenship and right to re-enter the UK should never have been a question. Begum was left stateless as she does possess dual nationality, meaning the UK government broke international law in renouncing her citizenship. In doing so they also denied her at the time unborn child reaching safety, and on March 9th her son died in a refugee camp. Regardless of what his mother had done, that child was both innocent and a British citizen, and his death is unfortunately only one of the thousands on our government’s shoulders.

The debate raised near infinite questions concerning extremism, and how our country presents and confronts it. However much we try to shift the blame, the truth is that UK-born jihadists are just that; UK-born. Shamima Begum is only one of the hundreds of jihadists who grew up in a society that our government, media and general public shape. This is not a case of individual behaviour or cognition, it’s a matter of conscious decisions from our subtly neo-fascist government

The issues surrounding radicalisation have been oversimplified, not uncalculatedly, to the point of misinformation within the mainstream media; a perilous tactic considering their complexity, uncertainty and severity. It is important to remember that 7/10 of the most popular newspapers in the UK are Conservative party funded and/or written. To view news as objective truth is dangerous; we must instead consider how it is used to promote specific agendas.

These media outlets are producing a state in which Muslims communities are becoming increasingly isolated and vilified. Constructing these “suspect communities” means that Muslims are placed under high surveillance and scrutiny. The near constant public debate surrounding the supposed radicalisation of Islam is instead leading to an Islamification of radicalisation; there is a distinct lack of discussion on the rise of far-right radicalism, for example.

This framing is stigmatising. Self-identity is largely shaped by the recognition we receive from society; misrecognition is degrading, and eventually leads people to search for respect elsewhere.

The violence and terror the West inflicts on the Middle East, though a more blatant form of domination, is still a matter on which it is hard to find clear facts and figures. 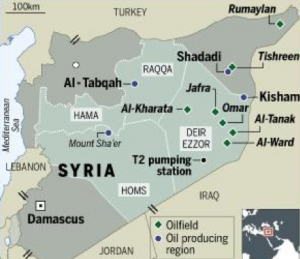 The number of air strikes carried out ‘against ISIS’, for example, is one that varies across sources. Near 15,000 in Syria alone since 2014 by US-led coalition forces, including the UK, is the number this article gives.No one knows how many civilians have been killed in the conflict, and it is somewhat unbelieve that it matters to those who continue to conduct the onslaught, and frame those we force to flee as criminals.

The wars in the Middle East are unrelated to morality. It is no coincidence that the US occupied 30% of Syria containing the most oil, water and gas.

The maps here show the clear correlation oil-rich areas and areas where the US have lead strikes. Only money and power drive the already wealthy and powerful.

Furthermore, it is only ever suspected jihadis who undergo torture and are sentenced to the death penalty for alleged crimes. The UK does not allow capital punishment but manoeuvres this by sending its foreign fighters to the US to face tougher anti-terrorism laws. The UK condones the US’s violent methods and is thus complicit in them. Torture is, of course, abominable, but it is hypocritical to reprehend the torture of Western troops, whilst simultaneously torturing jihadists, most not legally convicted. The people who support these actions have been brainwashed just as jihadists have; by a powerful few promising better lives for ‘their people’, whilst only seeking personal gain.

With innocent Muslims vilified, displaced, tortured and killed, ultimately by the leaders of the societies they grow up in, it is somewhat understandable that some British Muslims develop a hatred towards this country and what it represents. The ‘War on Terror’ is ultimately a guise for yet another battle over oil, and no state yet has put the importance of Middle Eastern lives over that of economic gain. Control of the press allows the elites to manipulate public opinion and escape consequence; so, their organised hatred continues, and the violence rages on.