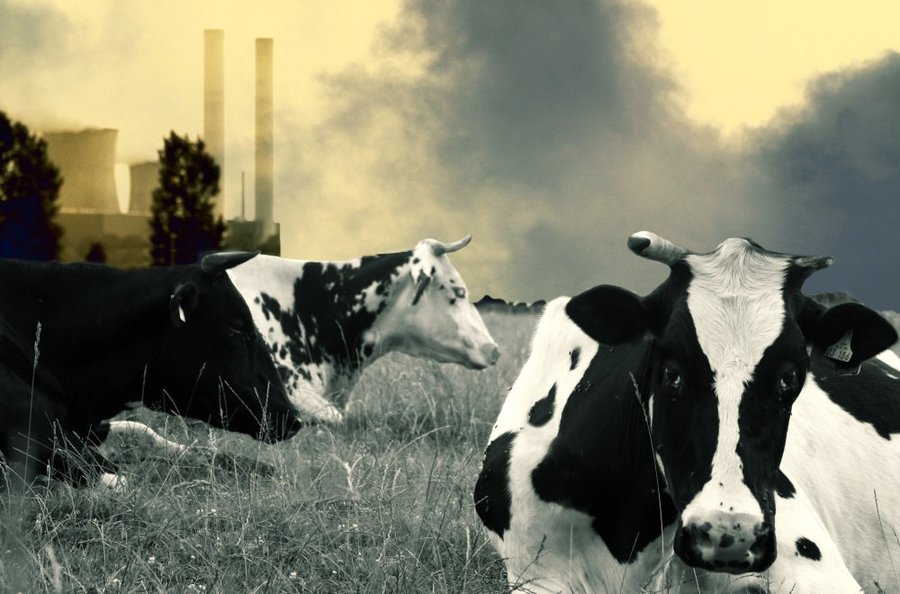 Why cutting back on meat is the best thing you can do for the planet.

According to a report by the UN, the global livestock industry contributes to 18% of human produced greenhouse gas emissions across the globe – that’s more than all transport methods put together. However, this is rarely shown in the media. We are often told to “cut down on shorter car journeys” or encouraged to “take public transport,” whilst there are bigger issues staring us in the face. This is because calls to cut meat consumption are often divisive.

The government think suggesting a drastic change in our diet is unpalatable and unwelcome. We feel detached to the statistics and figures, how will we create any change? Also, giving up meat is awkward, not to mention the tasty meals you’ll miss out on. Essentially, we need a change in attitude towards what is really killing our planet, and the steps we can take before it’s too late.

Demand for meat is booming.

The demand for meat is booming, as the population grows alongside global prosperity. By 2050, the population is expected to increase by 2.3 billion people, and global income will triple. Meat consumption is predicted to grow by 75% whilst dairy is on track to grow by 65%. However, the production of animal products creates huge environmental problems to the point that a complete change in diet is seen as imperative to reduce human impact on Earth. In fact, the livestock industry accounts for 9% of all human produced carbon dioxide, 65% of human produced nitrous oxide, and 37% of human produced methane. This shows how the livestock industry is one of the leading causes of climate change, because of the extreme amount of greenhouse gases emitted from the livestock sector. Alongside the dire effects meat consumption can have on climate change, the water use, deforestation, and health issues should all be considered when making the decision to switch to a different diet.

Whilst individuals can make small changes, big corporations will still continue with production. Rather than consumers ruling producers, the producers rule the consumers. This is an example of Alan Schnaiberg’s sociological theory of ‘The Treadmill of Production’. He focuses heavily on production over consumption. Although it is usually argued that whatever consumers demand determines what will be supplied, Schnaiberg says that individuals actually have no real influence and big corporations will continue to do as they please. A 2017 report found that the top three meat companies (JBS, Cargill and Tyson) emitted more greenhouse gases in one year than the whole of France. This highlights that, fundamentally, the real responsibility lays in the hands of the giants in the global livestock industry.

To really cut down on the greenhouse gas emissions produced, the government, companies and individuals need to work hand in hand. Think about it this way – businesses will not stop producing, unless they are forced to do so by the government, because their main priority is profit rather than looking after the environment. Therefore, there needs to be major reform in all different types of sectors to save the environment before it’s too late. For example, there should be more of a focus on the government and individuals supporting local, small producers rather than continuously pumping money into the livestock industry, to topple the giants.

The planet is dire need of our help. Before shrugging off the idea when people suggest eating less meat, because it is too difficult or won’t make a difference, consider this – the world does not need a few people practising strict vegan diets, the world needs masses of people making the conscious decision to eat less meat imperfectly. We need a complete reality check, and with the help of the government and policy makers, we can help minimise the pollutants emitted by the giants in the agriculture industry.

“…But what about Nutella?!”
Can we use public sociology to add new dimensions to climate change?
Water scarcity: Closer than you think