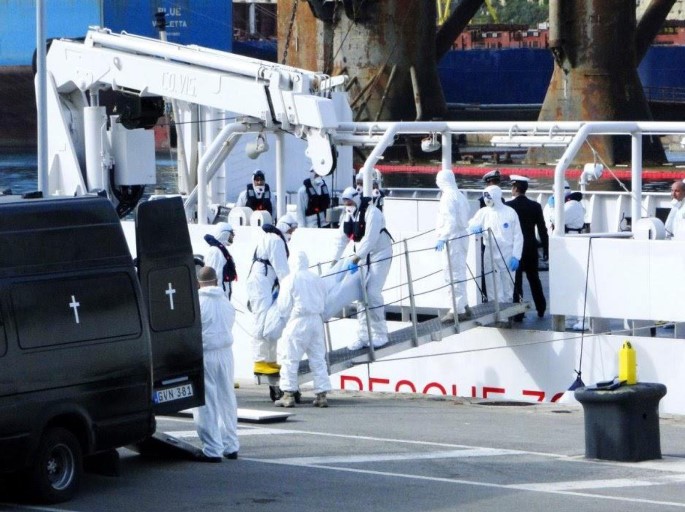 Migration from the Middle East to Europe: Who are we to say no to refugees?

Since 2015, millions of refugees have left their homes, trying to escape poverty and violence in their home countries in Africa and the Middle East. Unfortunately the big influx of refugees has created a divided front in the European Union member states. Travelling to Europe through the Mediterranean Sea was the main route refugees used to take while trying to reach European shores, leaving states like Greece and Italy flooded with people who had risked their lives in search of a better future. Unfortunately this was not how the governments of these countries viewed them.

Italy’s populist government from that time wanted to turn away a boat of 600 refugees, turning to a not-in-my-back-yard approach and if the Spanish government wouldn’t have offered to take them in, 600 new victims would have been added to the high number of deaths in the Mediterranean that year. After this incident, Vincent Cochetel, the refugee agency’s special envoy for the central Mediterranean said in a statement: “People are in distress, are running out of provisions and need help quickly. Broader issues such as who has responsibility and how these responsibilities can best be shared between States should be looked at later.”

A lot of reports indicate that 2016 is the year when the most deaths have been registered in the Mediterranean, with a total of 5,096. The International Organisation for Migration (IOM) carries out the Missing Migrants Project which aims to track the number of migrants who died or went missing while crossing the Mediterranean. In 2020, 5 years after the crisis begun, 803 migrants were lost at sea (up until November), and a question arises: How long until the European Union will solve this issue once and for all?

Instead of respecting the outlines set out by the 1951 Refugee Convention and protect the refugees, they turned to a realist approach and started to instill protocols that would protect the security of the nation first: Italy refused boats filled with refugees, Austrian anti-immigration chancellor Sebastian Kurtz warned that he would seal off Austrian borders if Germany went ahead with their “open-door policy”, going against the Schengen Agreement, and Hungary even held a referendum about if they should accept the refugee quota distributed to them by the responsibility-sharing system agreed by EU countries at the time. But who are we to decide the future of the refugees? What enables us to decide if someone gets the chance at a better life or not?

The refugee crisis isn’t impacted just by the European response or by the wars and poverty in the Middle East. What if the past and the media have some sort of implication into the issue? In a post 9/11 world, people who aren’t white, no matter the race are seen as threats to society. You will never see white refugees, because they are never included in this category, they are always called migrants. It is important to understand the difference between the two: migrants have the choice to relocate in another country usually for economic fulfillment, however migrants are forced to leave their home country because of conflict and fear of persecution. The perception on migrants is that they may be great assets to the economy, but refugees are seen as a threat to society.

Corina Cretu, EU regional policy commissioner said in an interview with the EUobserver that ‘It’s our duty to turn the migration challenge into an opportunity’. The only problem now, is who is going to take accountability for that entire process. Despite all of the NGOs, institutions and commissions who are set to solve the refugee crisis, there still isn’t a powerful enough entity which is focused on putting an end to it once and for all. We need to find someone or something that will say yes to the refugees, and who will fight for their rights.

Race and the ‘refugee crisis’.
The crisis beyond the west: Rohingya’s exodus
Migrant or refugee - does the label even matter?