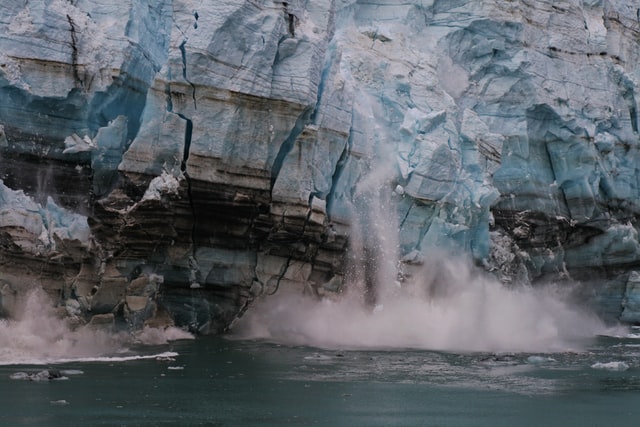 We’re all murders; why climate change in a capitalist society is killing us.

Photo by NOAA on Unsplash

What is the world without nature, a stable economy and a consistent climate? The reality is that the effects of climate change, simply defined as ‘a change in global patterns attributed to the increase of atmospheric C02’ have social and economic as well as ecological consequences that are merely at the point of being irreversible. Despite this catastrophic life-changing consequence, capitalist societies (such as our own) continue to exploit resources in excess. In the ever-urbanising capitalist societies of exorbitant human production and leisure inevitably leading to a huge finger condemning human action as a cause of climate change in order to mask the underlayer of real impact on the society’s climate crisis- capitalism.

In order to understand the impact of the climate crisis on our societies, we must break down how even a 3c temperature increase could drastically transform life as we know it today. As the Guardian suggests, the ecosystems which maintain the complex structure of nature regulates itself referred to as a state of equilibrium. However, if this is disturbed by too much stress, it passes a tipping point and plummets into a new equilibrium at a point of no redemption. The question is what does capitalist societies have to do with this? The Enlightenment and industrial revolution – a background period of change which was ‘decisive in the making of modernity’ (P. Hamiliton, 1932)- saw a tremendous boom in capitalistic attitudes and production consequently, the exploitation of resources for factory production allows a direct connection to the process of industrialisation (a capitalist practice) and the consequence of climate change. Furthermore, not only did it stop at this industrial explosion but continued since 1988 as suggested by the carbon majors reports in 2017 ‘revealing that just 100 companies were responsible for the 71% of global industrial greenhouse gas emissions since 1988.’ This highlights just how damaging a capitalist functioned society is on the environment despite frequently being ignored or dismissed as human behaviour.  With the long-reigning capitalistic system not shifting anytime soon, continued population growth and accordingly productivity increase is inescapable.

Luckily for us, capitalism isn’t all that bad. Many see the improvement of climate change and a decline of the economy hand in hand. However, the Green New Deal, (a proposed plan by Democrats in the U.S but supported by the labour party in the UK to avoid climate upheaval by decarbonising society) Aims to not only transform the climate crisis but also simultaneously the economy too. Due to them being fundamentally linked with capitalism this was possible. An example of the new deal that could directly impact everyone is the transformations of homes; installing insulation and double glazing so less energy is used. In turn, creating less need for the use of non-renewable energy whilst also reducing costs of bills for the homeowner.

Do we as consumers play a role in producing the climate crisis? The short answer is yes. However, there are many factors that contribute to this and the role of capitalism doesn’t help this either. Dubai is the pinacol of excess exploited by capitalism and consumers as well as the Caribbean islands often explored by cruise ships; another excessive contributor to the climate crisis. Despite this often only being exploited by a minority- the super-rich, it still affects such a majority- the local communities and their governments in the Caribbean towns. Despite this, capitalism is linked to most activities we involve ourselves in- including indulging ourselves on a luxury cruise which ‘can have a carbon footprint greater than 12,000 cars’. (Daisy, D. 2021)

To summarise, the climate crisis is ever more prevalent now following the recent wildfire season, burning more than 7.6 million acres in the US in 2021 alone ( Megan, Wolletron. 2021). It can be concluded that capitalism and the residue of carbon emissions that follows instigates the fundamentals of the global climate crisis that needs addressing now. Saving our planet from catastrophic change entails more than ending capitalist abuse of fossil fuels. Despite capitalism playing a massive factor in the climate issue, we mustn’t use this as an excuse to ignore our own contributions as a society to climate change. How can sociology attempt to reduce the impact of climate change? Well, social science disciplines, namely sociology, can progress the issues of climate policies (or lack of) by assessing the principal concerns that relate to social attitudes, inequalities and the pressure to compete between and within nations for resources such as oil.

Megan, Wolletron. 2021 ‘what to know about this year’s raging wildfires’ cnet.com https://www.cnet.com/home/energy-and-utilities/what-to-know-about-this-years-raging-wildfires/

Corporations have been lying to us for 40 years about the climate crisis. Now it’s their time to ste...
It’s time for the Global North to take responsibly for climate change.
Is getting off the ‘treadmill of production’ rudimentary to combat climate change?