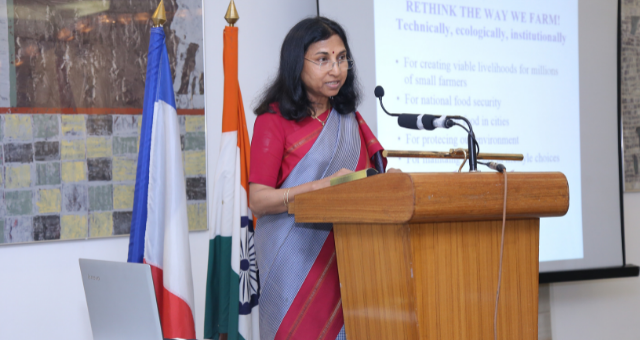 Bina Agarwal is Professor of Development Economics and Environment at the Global Development Institute at Manchester and well known for her pioneering work on gender inequality in property and land, as well as on environmental issues. In her academic spotlight, she talks about her background, what attracted her to join Manchester and her area of research.

I studied Physics, Chemistry, Maths and English Literature in School. I loved both Physics and Literature and won the all-India National Science Talent search scholarship when I was 15. But my father’s advice persuaded me to choose Economics for college. He said: ‘It will cover both your interests. It is scientific and you can also tell a good story!’ As an undergraduate, I did the Economics Tripos at the University of Cambridge (we were 10 women in a class of 150!).

After Cambridge, I was admitted to Oxford with a scholarship, but I needed to reflect on the kind of career I wanted. So I returned to India, took up a research job, and when I was certain I wanted to be an academic, I joined the PhD programme in Economics at Delhi University. As a post-doc, I chose IDS Sussex. IDS in the late 1970s was at the pinnacle of development economics in the UK, and filled with luminaries as well as a hub for debating gender inequalities. 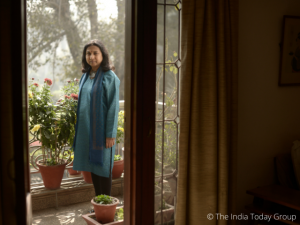 My two years at Sussex were very productive. I published several journal articles, converted my PhD thesis into a book, and wrote another monograph on the fuelwood crises, later published as a book: Cold Hearths and Barren Slopes (zed books 1986). Then I returned to India, and in 1981 joined the Institute of Economic Growth (IEG), Delhi, as Associate Professor.

It is here that I have spent most of my professional life, becoming Professor of Economics in 1988 and later Director (2009-2012). During this period I also spent a few years teaching and researching at Harvard University, with shorter spells at several other American universities. It was at Harvard that I wrote my best known book, A Field of One’s Own: Gender and Land Rights in South Asia (Cambridge University Press 1994).

On your decision to join the GDI

I was not specifically looking for a position, but someone nominated me to an advertised professorship, and David Hulme got in touch asking if I was interested. I then had a closer look at IDPM (as it was then called) and very much liked what I saw. It was creatively interdisciplinary, with both economists and other social scientists, ran a master’s programme with courses on a diversity of topics on which I had worked, including poverty, the environment, agriculture, and gender. It had co-teaching and a nice mix of teaching and research.

I had never lived in Manchester before, although I knew its history of course as one of the world’s great industrial cities. I was warned by my British friends that it rained a lot in Manchester. But then it rains everywhere in England much of the time – it keeps the countryside fresh and green – so that did not bother me too much! Also I loved East Didsbury, which is where I live when I am in Manchester. 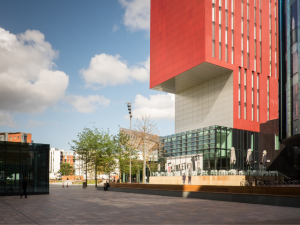 My research covers three interconnected areas: agrarian change, property and land rights, and environmental change. I write especially from a political economy and gender perspective. These fields are all critically important for developing economies, both for improving people’s well-being and for creating sustainable livelihoods.

I approached these fields in entirely new ways. For example, on land ownership I moved beyond the standard household-level class analysis to focus on the key importance of women having independent rights in land (a field of their own!). My work pointed to deep global inequalities on this count. Theoretically, I have critiqued the unitary household model and extended the bargaining approach to intra-household dynamics by focusing on factors beyond income that can affect women’s bargaining power, such as property ownership, access to the commons, social networks and social norms. In my work on community forestry, I reversed the familiar question – why are women absent from forest governance? – to ask: what if women were present? Would that make a difference to conservation and equity outcomes? And do we need a critical mass of women to make a difference?

Currently, I am working on group farming as an alternative to individual family farming, asking: can this solve the problem of small, fragmented and non-viable land holdings faced by millions of small farmers, and especially women farmers, globally? My research on South Asia shows that this institutional innovation can greatly enhance productivity and profits among smallholders. I also cover Europe, especially France and Romania. 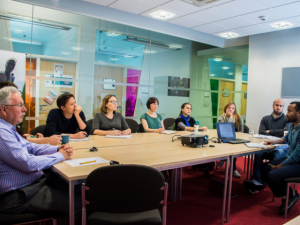 On your teaching at postgraduate level

Since I joined the GDI, I have co-taught several courses and convened some, including Development Fundamentals. Currently, I convene and teach a course I have designed called ‘Gender inequalities: theories and evidence’. This is an interdisciplinary course which goes beyond gender and development to cover theory and topics that are also relevant for developed countries. The tutorials are organised as debates to enhance critical thinking. I encourage students to be argumentative, as we Indians tend to be. Students will certainly meet and get to argue with me, if they take my course!

Balancing emotions and research during the 'new normal'
Academic spotlight: On urban poverty and the role of NGOs
Perks of being a Manchester graduate
Our courses
Chat to our students