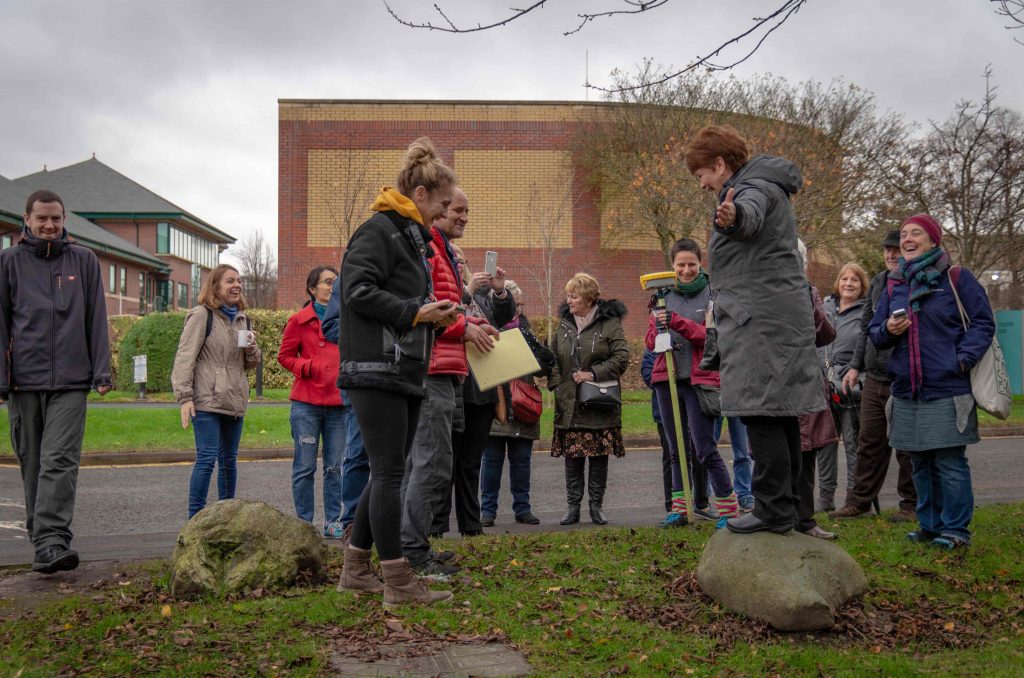 Whose past is it, and who gets to tell it? Greenheys Community History Day (GPS foray)

This is a short report on a collaborative project started late last year. It is focused upon an area called Greenheys, which is situated behind the University of Manchester. Greenheys has an interesting recent history. It is currently a Science Park, but up until the early 1970s it was densely packed terraced housing, and before that it was parkland with large dwellings owned by rich Manchester worthies. One of the few remaining buildings from the worker terraced housing era is the Old Abbey Taphouse, a community based social enterprise, and pub! This 1890s building sits incongruously within the centre of the modern Science Park, and in line with its social remit the current landlord, Rachel Evaroa, has developed connections with a number of pre-1970s Greenheys residents. In a meeting with those residents, Archaeology England (based in the Science Park) and members of the University of Manchester Archaeology, Geography and Linguistics departments, the idea of a Greenheys Community History Day was born.

On the day of the event our primary task was to sit down with the residents in the pub. We had used Edina Digimap Historic Roam to print out some 1950s maps of the area and these were the starting point to find a resident’s pre-1970s house. Once a house had been located and marked on the printed map, we used the Map Information function on Digimap to get a grid reference. This grid reference was then plugged into the ‘stakeout’ function of a GPS, and we could then head out of the pub and back in time to pre-1970s Greenheys.

In the couple of hours available we located five people’s past homes in the modern Science Park landscape. Whilst standing in the space their past home used to occupy a resident could then tell their story.

Talking to people afterwards, I recognise that this was a very moving experience, not just for participants, but also for ourselves. Watching a past resident, Lyn, stand on the spot that used to be her home (now part of a light industrial unit car park), it became clear that she was not just orientating herself within her old house, but also within her past life and within her past self. The stories that emerged have all been captured. We are not sure yet how to use them, but the process was the important thing here.

The area of Greenheys is named after the first large house built in the parkland by Thomas Quincey, father of Thomas de Quincey opium eater. Greenheys is bordered by Charles Halle Road, commemorating another of its famous residents. As discussed at the beginning, it is a Science Park that currently occupies this space. However, Lyn’s home and her way of life have been removed from the record under the remit of ‘slum clearance’. This leaves only place names commemorating an illustrious early 19th Century past, and current buildings materialising a 21st Century present. This begs the question that is the title of this report: whose past is it, and who gets to tell it? I am beginning to recognise that our project is simply a means to recover a space for past Greenheys residents to tell their own stories about their own pasts. The project is therefore ongoing.

Funding source(s): Dr Kerry Pimblott achieved funding for the day, however our contribution was voluntary and not directly linked to this funding. 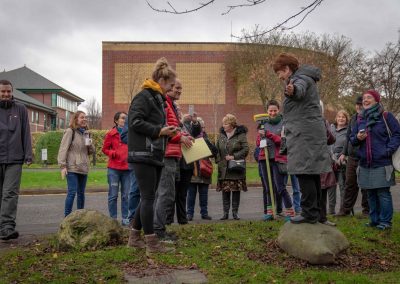 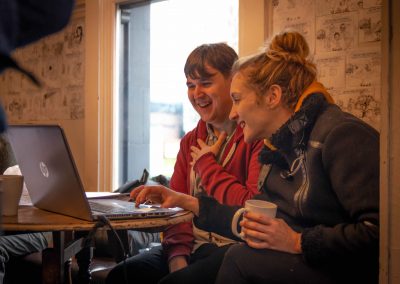 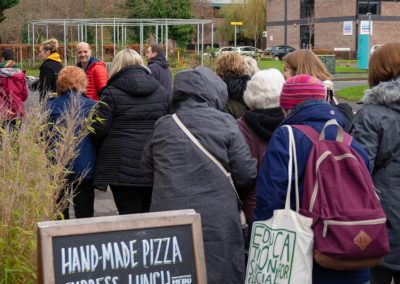 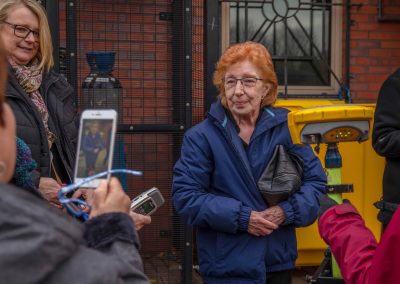 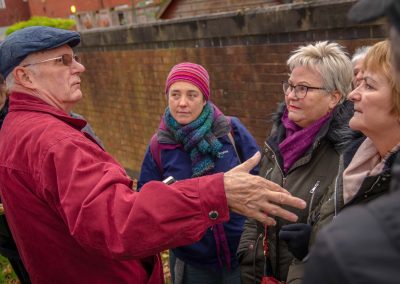