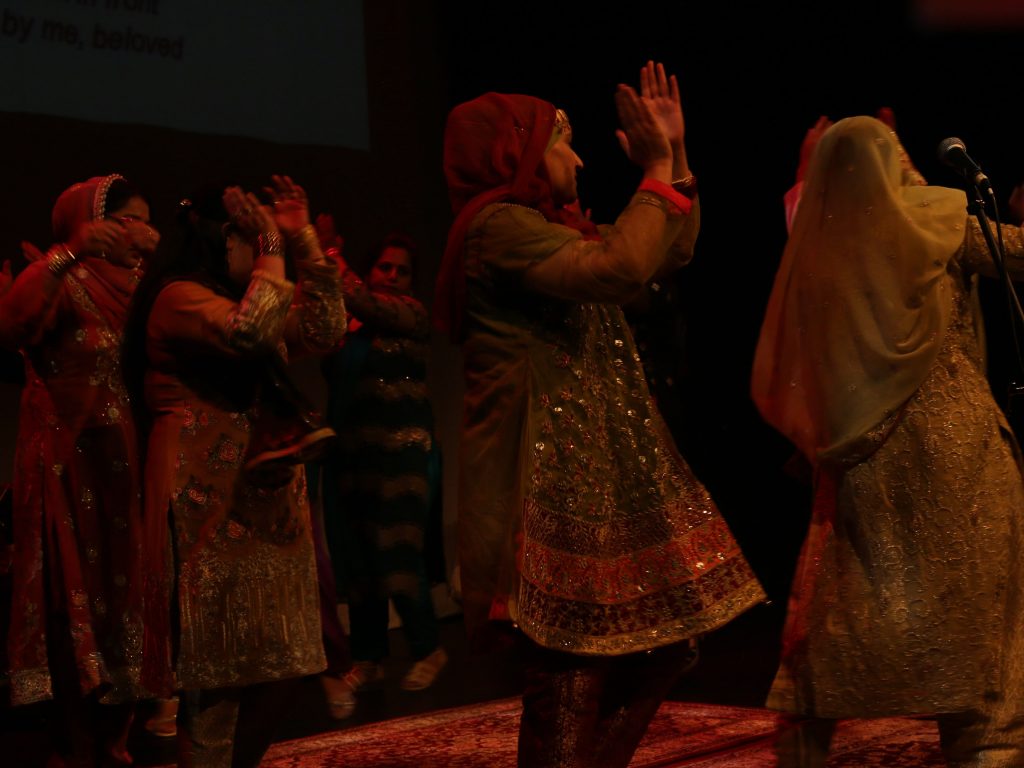 In December 2021, I went to Let’s Talk Rochdale which is a community-based organisation set up in 2019 working to empower women from South Asian backgrounds. They provide various activities to create awareness for the mental/physical health of the communities to improve their mind, body and soul.

Around 15 women from the organisation performed at Contact Theatre on June 6th (see here) based on the poetry workshops I facilitated alongside Hafsah Bashir, the founder and co-director of Outside the Frame Arts. There was a mixture of spoken word, monologues, singing, dancing and ensemble performances, celebrating South Asian Muslim women’s experiences. 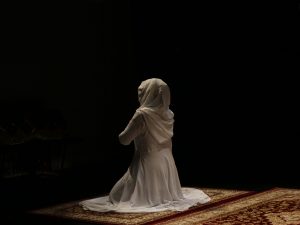 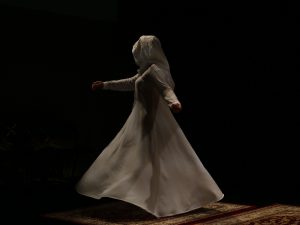 Solo performance of a Sufi Dance 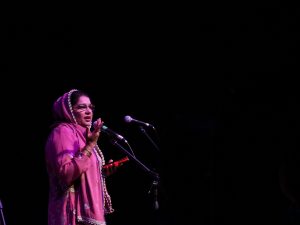 The reason why I wanted to showcase these women perform at Contact Theatre was to challenge the conventional narratives shown in theatre spaces. I was influenced by Anamik Saha’s (2017) article ‘The Politics of Race in Cultural Distribution: Addressing Inequalities in British Asian Theatre’, in which she mentions how ethnically diverse art gets cornered into small art-house venues because they are considered to be “niche” (p. 314). I wanted to dismantle this and have these older South Asian women on a mainstream stage performing pieces they wanted to share. 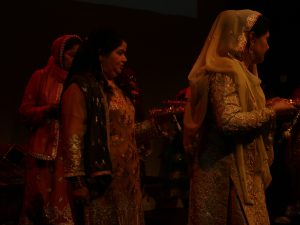 Women preparing for the Mehndi ceremony, which consists of traditional singing and dancing in South Asian culture, and is common before the wedding day. The Mehndi ceremony represents the bond of matrimony and signifies the love and affection between the couple and their families. 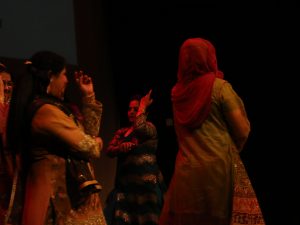 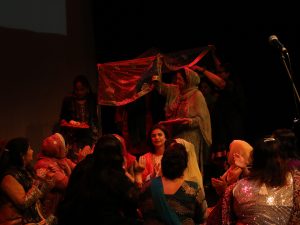 From this opportunity, these women will next perform at the Den Festival with Royal Exchange Theatre in Rochdale in 2024.

Audiences involved: The audience that engaged the most with this project were the women from the Let’s Talk organisation. The event was advertised by Contact and shared amongst various South Asian creative networks in Manchester/UK (e.g. Juice Droplet, Mango Masala, and South Asian Artists) and amongst the Drama department/community, so some students from SALC were there. The event was open to anyone that identified as female.

“Let’s Talk Zindabad was a colourful celebration of South Asian culture and a fantastic opportunity for our participants to showcase their talents on a stage, never previously available to them.”

“It was a great experience and honour to be part of a space that empowers & builds capacity of South Asian Muslim women. I enjoyed creating story & poetry with such a generous & multi-faceted group of women supporting each other in challenging barriers & promoting positive mental well-being. I felt enriched through this process not only as an artist but also as a recipient of the wisdom from the eldership in the room.”

“It was a brilliantly organised and vibrant production that provided an incredibly insightful look into how to encourage older generations of South Asian communities who are often kept outside of such events. Amina was able to combine the culture and arts of South Asian tradition into a watchable sequence of dedicated and crafted poetry, dance, stories and music.”

“Very bold, brave and empowering piece, bringing the community together.”

“The beauty of seeing women who are so loud and alive in my family but so rarely represented in media and the arts performing on stage was enough to make me cry and smile til my cheeks hurt.”

Manchester History Workshop
Engaging Beyond the University: Knowledge Exchange on LGBTIQ+ Experiences of Covid-19 in Brazil and ...
Social Responsibility Awards, Round 2 (2021-22): Project Abstracts