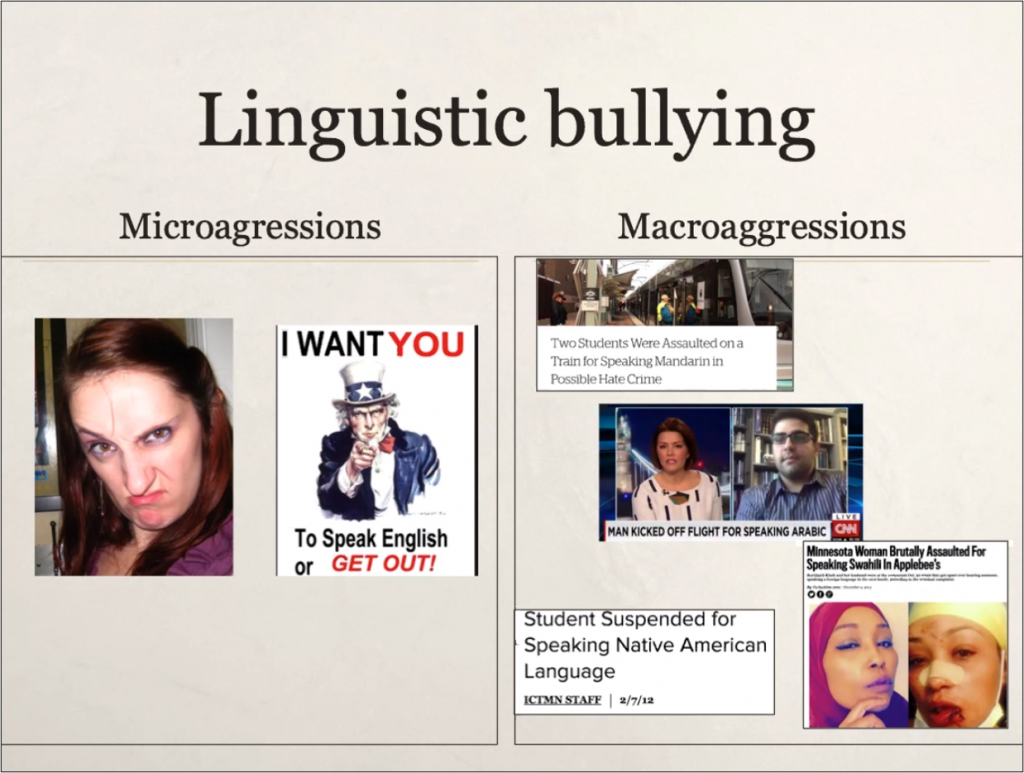 The Bilingualism series at the Instituto Cervantes of Manchester & Leeds is a forum on bilingualism and multilingualism targeting a broad audience. Of great interest to parents, students, language learners, and the general public, the series brings together a host of world-renowned scholars in the field of bilingualism and multilingualism. Drawing on their expertise, speakers will discuss various aspects surrounding bilingualism, such as the benefits of speaking more than one language, the potential challenges faced by bilinguals at schools, and how to best raise a child to be bilingual, among many others. Confirmed speakers include Kim Potowski, Yaron Matras, Antonella Sorace, Kay González-Vilbazo and Carmen Parafita Couto, Yaron Matras, and Kim Potowski.

The first talk of the series, by Prof Potowski, was entitled ‘No Child Left Monolingual‘ (video of the talk available here). The event was presented by Mr Pedro Eusebio Cuesta, Director of the Instituto Cervantes of Manchester and Leeds, and coordinated and moderated by Dr Julio Villa-García, Senior Lecturer in the Department of Linguistics & English Language at UoM. 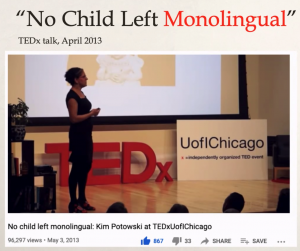 According to Potowski, the United States has always been a linguistically diverse nation, but the overall climate usually discourages and sometimes outright discriminates against the use of non-English languages. The grandchildren of immigrants often do not speak their grandparents’ language anymore, which squanders the wonderful resource of hundreds of non-English languages spoken in communities across the United States. In addition, overall we do not do a great job teaching foreign languages to monolingual English-speakers. 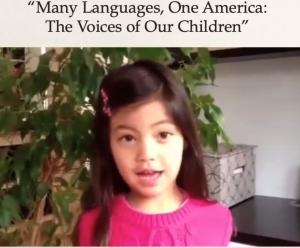 Set against this background, the talk explored several myths about languages in the United States and presented arguments and strategies that favor promoting multilingualism among our population. 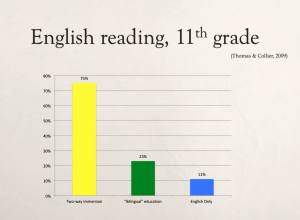 Slide from Potowski’s talk ‘No Child Left Monolingual’: Two-way immersion (teaching in both languages) vs. “bilingual” education (teaching in native language until enough English is acquired) vs. English only

Relevant connections with the UK were established. Many questions were raised at the end, which generated some very interesting and useful discussion. We look forward to the next talks. Stay tuned!

“You are most inspirational, Kim [Potowski]! Yes, please, do continue inspiring us to cure monolingualism! The more languages, the merrier from early on!”