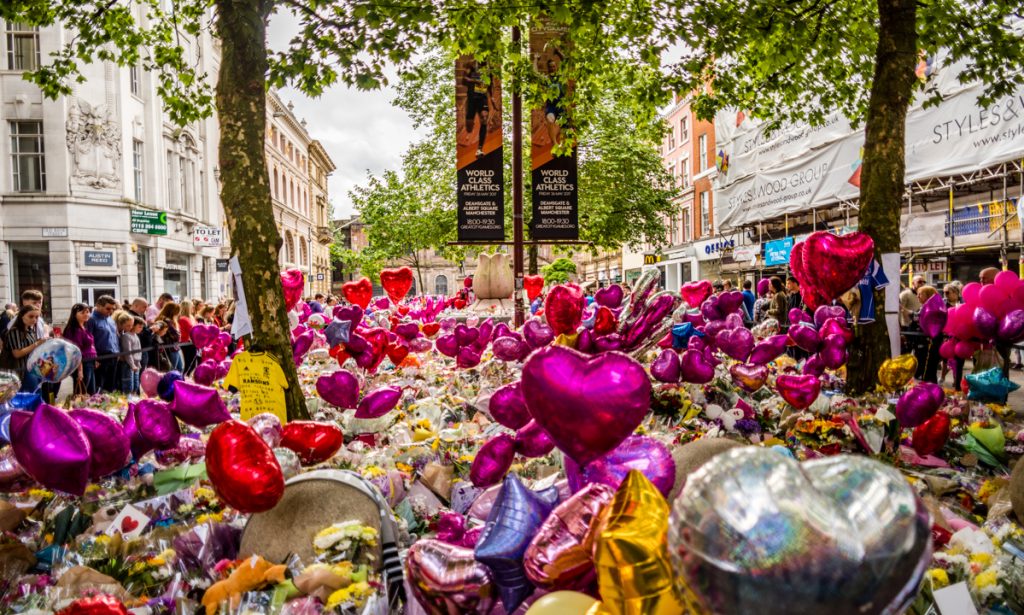 Since June 2017, Dr Kostas Arvanitis has been working with the Manchester City Council (MCC), Manchester Art Gallery (MAG) and Archives+ in investigating the process, challenges and decision-making in documenting and using an archive from the material left in the spontaneous memorial in St Ann’s Square after the Manchester Arena attack (22nd May 2017) and initiate an international collaboration on archiving such memorials.

In the next 12 months, we’ll be engaging further with the people in Manchester and beyond, in the context of the HLF-funded project to digitise the Manchester Together Archive. This will include several consultations with members of the public about the aims and content of the digital archive, which will be documented via filmmaking. This will include two short films (March-June 2019): the first film will aim to capture and turn parts of the public consultation about the digital archive into a documentary film; and second will be based on oral histories and testimonies of people who left items in St Ann’s square. The films will then become part of the (under development) digital archive, be used in the May 2019 (and future) anniversary events and featured in an exhibition that is in planning at the Manchester Museum (provisionally in Autumn 2019), as part of the Museum’s Heritage Futures theme.

The films and their dissemination locally, nationally and internationally will add to the stories and narratives emerging about the aftermath of the event. Ultimately, they will shape the ways that the event is remembered. The films will also contribute to the broader project of reflecting on the archiving and documentation process and develop relevant policies and best practice guidelines for use nationally and internationally. The impact of the film on people’s engagement with the Archive will be evaluated via follow-up surveys with members of the public and visitors to the Archive and its future exhibition and analysis of relevant social media content (this work will be done by Dr Arvanitis in collaboration with MAG and Archives+). Already, the UoM films on the Manchester Together Archive are being considered best practice by our international partners, namely HEIs and cultural organisations tasked to document and archive spontaneous memorials after the attacks or disasters in Barcelona, Brussels, Paris, Nice, Shoreham and Stockholm. The outcomes of this filming will be shared with this international network that UoM is leading on: http://www.spontaneousmemorials.org.