We aim to introduce students to the discipline of Anthropology and allow them to see how an Anthropological lens can be used to problematize phenomena in our world today. Students will come to understand what ‘development’ means, and what they aim to achieve. We will then encourage students to ‘rethink development’ by exploring the relationships between intentions, outcomes, and agency, revealing the ways in which they are perhaps less obvious than first perceived. As well as a new awareness of how the intentions of development programmes do not always match up with the outcomes, we hope that students will leave the class with an understanding that recipients are not passive and that their actions often impact outcomes.

In preparation for the lesson, teachers should read Li’s (1999) article ‘Compromising Power: Development, Culture, and Rule in Indonesia.’ This article examines the failures of a development program led by Indonesia’s Department of Social Affairs (DEPSOS) which aimed to resettle people from isolated, rural areas to more accessible, urban regions. The writing analyses the failure of the development program to reveal how intentions do not always achieve their desired outcomes and draws our attention to how aid recipients aren’t the passive objects they may be perceived as. The article shows that the people being resettled were aware of the changes and regulation this program would bring into their lives and explores the ways in which the subjects ignored, or even sabotaged, the aims of the project. Through this, students will come to acknowledge the agency these individuals have in affecting the outcome of a program.

Social Anthropology is the cross-cultural study of human society and cultures. The discipline allows much critical thought and enables us to rethink many things taken for granted in our world. Today, we will be exploring the world of development. Development refers to the social, economic, and technological advancement of societies, and the concept is underpinned by a notion that different countries have different levels of these. We will take an Anthropological approach as we begin to ‘rethink’ development and familiarise ourselves with some of the issues development work creates.

Through the activities, which will be based on research exploring the impact an Indonesian government development programme had on the lives of those living in rural areas, you will all come to see that the initial goals of the development work can, and do, fail. As we explore the gaps between intentions and outcomes and failures to improve the lives of the aid recipients, we will come to see the importance of the active roles the aid recipients have in determining whether a development project is a success or a failure.

Teacher to open the Kahoot on the interactive whiteboard and carry out the quiz as a ‘hands-up’ or ‘shout out the answer’ activity. This will allow the teacher to discuss the questions as they come up to ensure the class understands the key concepts before the class moves onto the longer activity.

This activity will require students to look at Li’s (1999) case study on development in Indonesia from two perspectives (depending on their group), either acting as development providers or development recipients. They are in ‘Country A’.

(Images of the worksheets for students.) 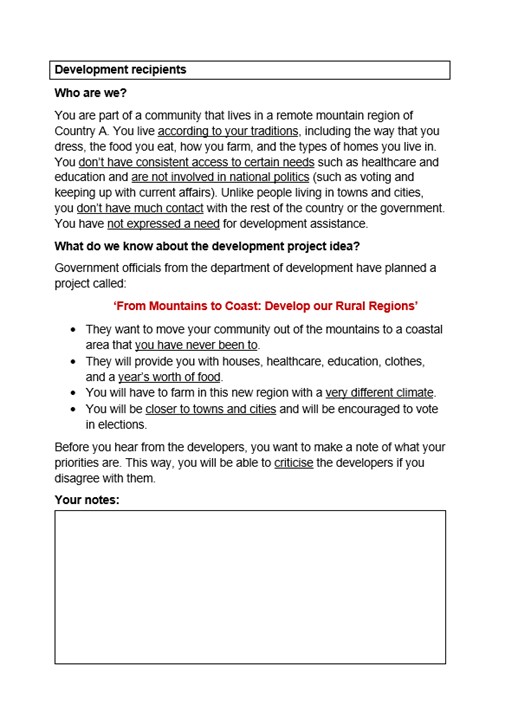 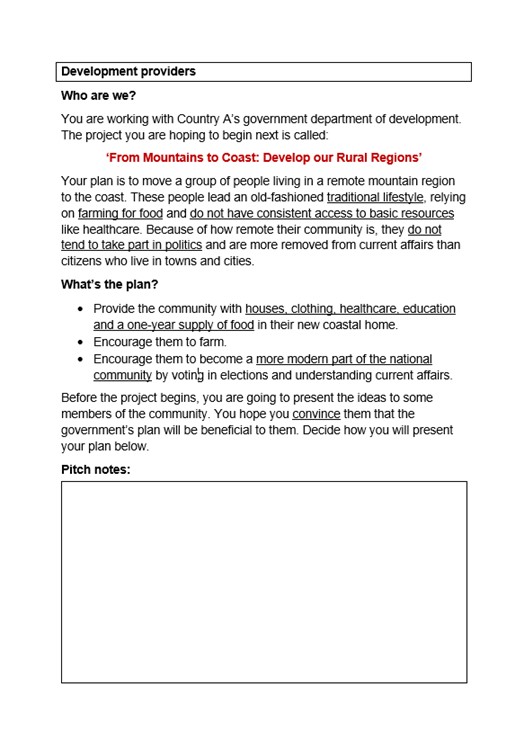 This last section of the lesson should be used to get the students to think critically about the development project and its consequences. Ask the students questions to get them thinking about why development projects aren’t always so straightforward. What problems arose in their discussion and why did or didn’t the project work? Who really benefited from this project and what could have been done differently?

The teacher should then reveal that the previous activity was based on a real development project in Indonesia, studied by an anthropologist called Tania Li. The teacher should give an overview of the real outcome, such as how the mountain community struggled with their new environment, how they made use of the free food, and then returned to their original homes. Ask students to reflect upon whether they would have initially thought the project would have ended in this way. Conclude by reinforcing the message that development projects do not always go to plan and that the recipients’ agentive responses have a major impact. 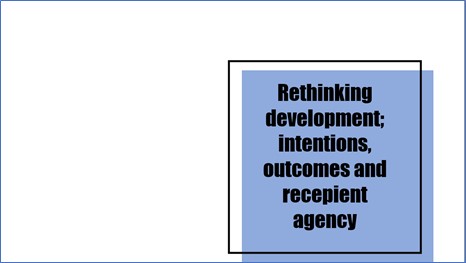 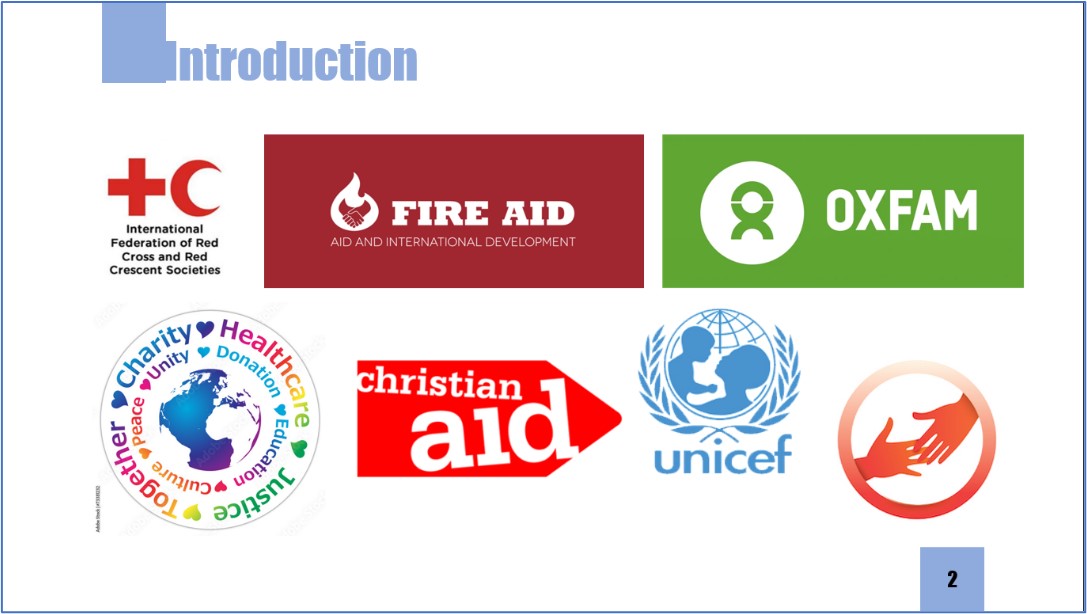 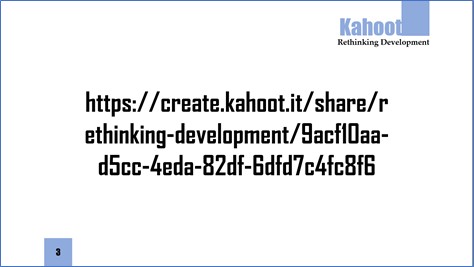 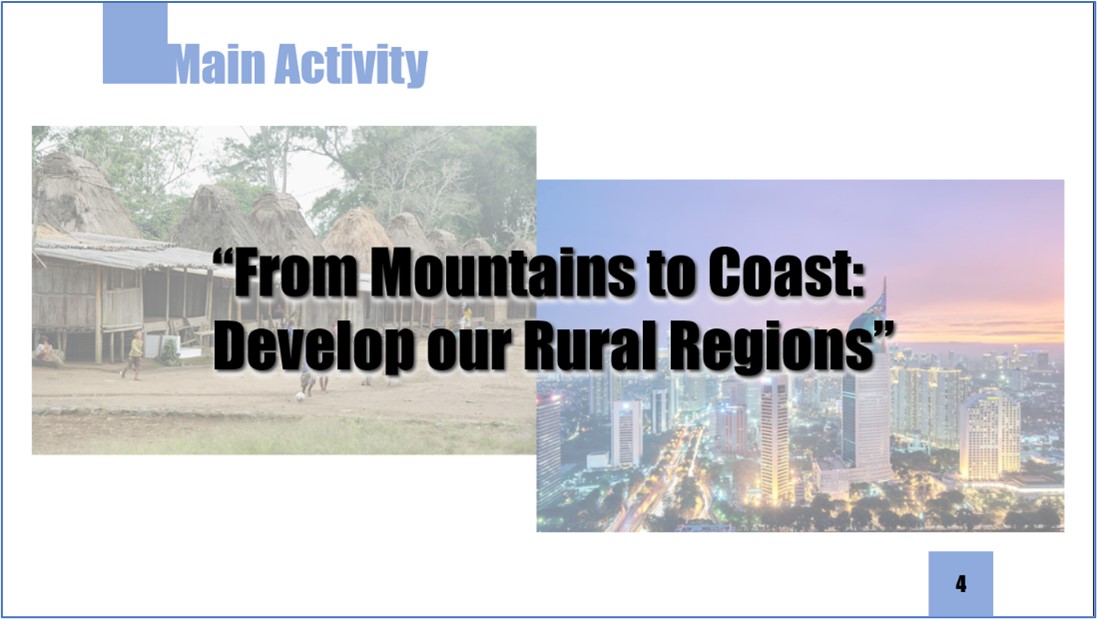 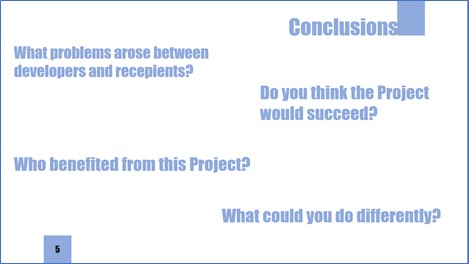 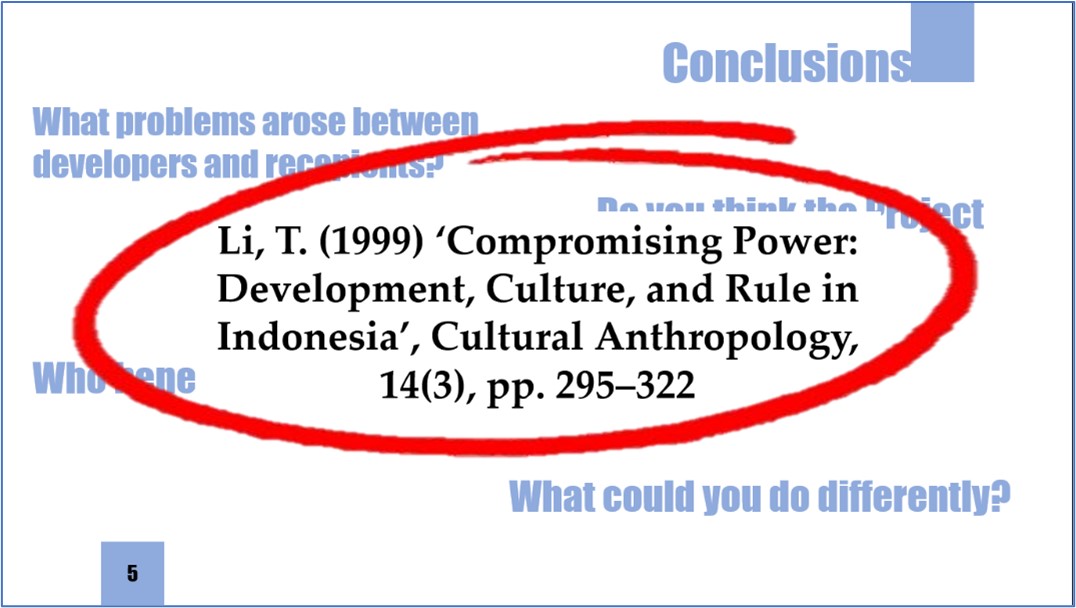