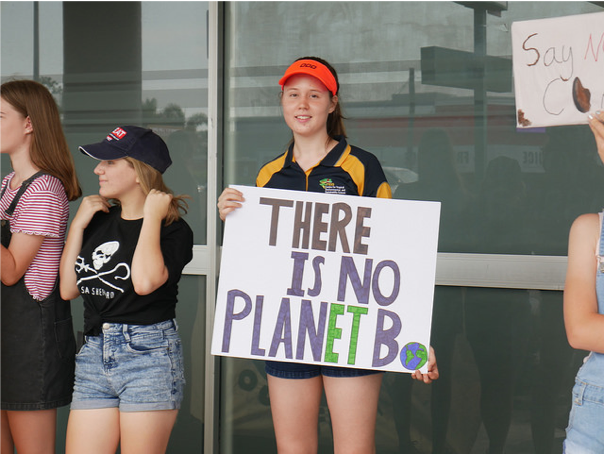 Whether you agree or not there is mounting evidence that climate change is a very real phenomenon, (the unseasonably warm weather we experienced at the end of February a prime example) and the way things are heading, a potentially irreversible one. Climate change (sometimes referred to as ‘global warming’) involves global weather changes which manifest in a number of ways; droughts, floods, melting ice caps, etc. which impact on the environment, animals and humanity. These changes are as a result of increased greenhouse gas emissions that create a ‘blanket’ around the earth’s atmosphere. While small steps are being taken all over the globe, such as managing plastic use e.g.  The Guardian 27th February 2019 reports the banning of plastic bottles at Glastonbury Festival, there is much more that needs to be done, fast. However, there is the question of just who should be responsible for dealing with the impacts of climate change? Who should be responsible for backtracking the past 40-50 years’ worth of environmental damage?

Ultimately, climate change itself is indiscriminative and affects the planet and inhabitants as a whole. In this notion,  the United Nations formulated the ‘Sustainable Development Goals’ working towards what Harlem Brundtland termed ‘Our common future’ in the ‘Report of the World Commission on Environment and Development: Our Common Future’ which sets out a series of 17 proposals aimed at slowing/stopping the effects of climate change and other inequalities globally. 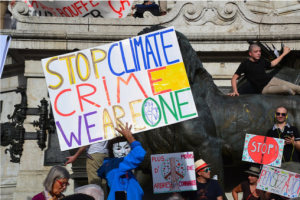 Despite the fact that climate change affects us all, these effects are felt by individuals to varying degrees. Perhaps the most shocking revelation as reported by the BBC 8th March 2018 is that ‘80% of people displaced by climate change are women’. Throughout history, women have been (and to a certain degree still are) regarded as the primary caregiver for children and responsible for food/water gathering. Consequently when these resources become scarce though droughts, for example, women bare the brunt with international non-governmental organization ‘ActionAid’ reporting; ‘, ActionAid has recorded women and girls walking up to 70 per cent further in search of water, with some walking more than nine kilometres (six miles) not uncommon.’ It’s tragic figures such as these that lead me to the question; why exactly are women forced into these positions that inevitably lead them to face even more suffering?

For some, such as radical ‘eco-feminists’, women are believed to be by the very virtue of their biology, intrinsically linked to nature (through processes such as menstruation and childbirth.) It is in this relationship where the responsibility for the care of the earth lies. This argument seems straightforward in that because women are more heavily impacted by climate change, they should inherently be more inclined towards the efforts for saving the planet. But it isn’t that simple. Firstly, this assumes all women experience things in the same way, but this simply isn’t true. I focus women from the global south as they experience two dimensions of inequality; being female and being in poverty, which inevitably makes environmental impacts even more devastating. Secondly, the notion of women being linked to nature (and men to culture) reinforces the patriarchal views of women’s subordination as nature is seen as inferior to culture. This inferiority of women is what perhaps makes them more vulnerable to the effects of climate change. Also, paradoxically, despite women’s supposed responsibility for the earth, they are (on the whole)  in less of a position to be able to implement meaningful changes i.e. through politics, positions of power and lack of access to resources. So women are expected to ‘save the planet’ but yet are denied the resources, power, money etc. to be able to!

Even though the issue of women’s rights is progressively being addressed globally, such as through the sustainable development goals (goal 5 specifically aimed at gender equality), there is still a lot of progress to be made. As for sustainable development and climate change, time is running out. The idea that the future of our planet is primarily the responsibility of one proportion of the population is ludicrous. When resources run out and life on earth can no longer be sustained, it will affect EVERYONE, regardless of; sex, age, wealth, class, religion etc. Therefore, the issue of sustainability is every human’s responsibility for the sake of the planet and future generations. Evidence of changing attitudes towards the responsibility of sustainability can be seen in the recent proposed global student strikes in the name of ‘climate justice’ as reported by the Guardian on the 1st March 2019, in the hopes of ‘changing the fate of humanity’, if there is one. So I ask you to ask yourself, what are you doing to ensure humanity has a future on planet earth?

A woman’s touch
Corporations have been lying to us for 40 years about the climate crisis. Now it’s their time to ste...
The Trump Administration and the Environment