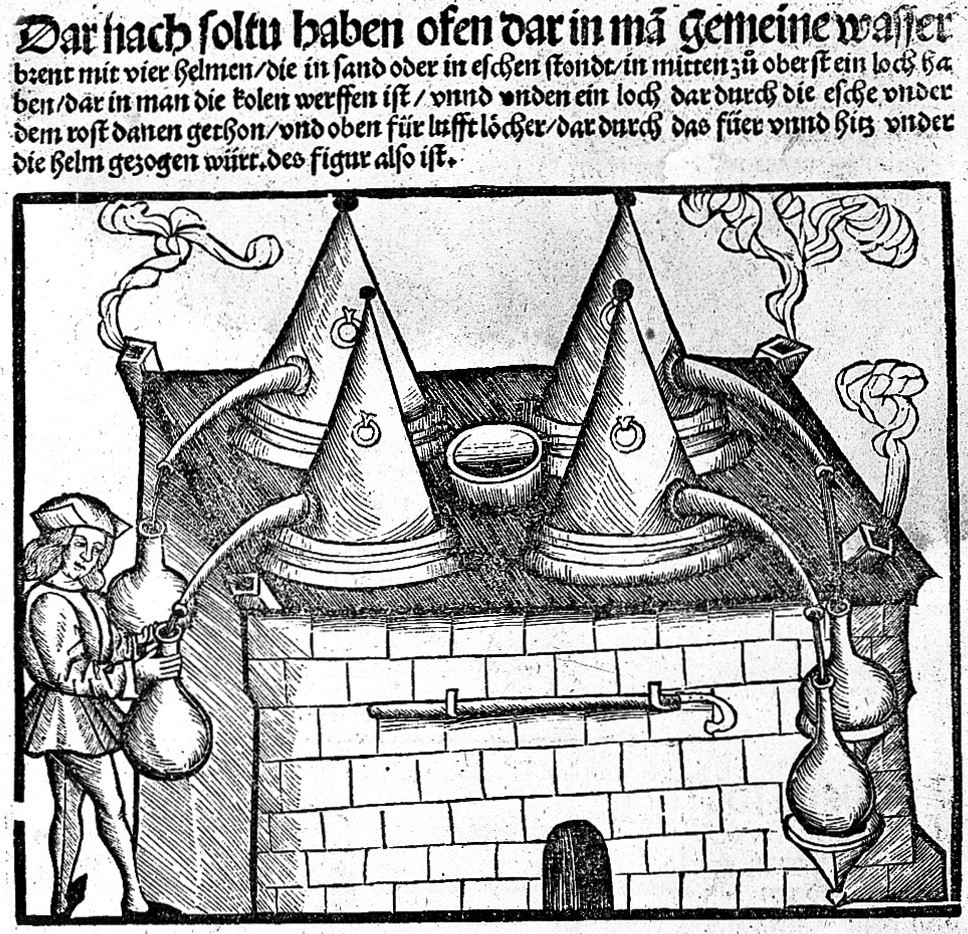 The Subtlety of Early Modern Microscopic Records: Tillmann Taape on Distillation, Materiality, and the Body in Sixteenth-Century Germany

Stefan Hanß: Dr Tillmann Taape is one of the few historians who have a combined background in humanities and the sciences. He did his undergraduate degree in molecular biology and genetics at the University of Cambridge before venturing into the field of the history and philosophy of science. In 2017, Tillmann Taape finished his PhD on the sixteenth-century German surgeon and apothecary Hieronymus Brunschwig at the University of Cambridge. Currently, he is a postdoctoral research member at Professor Pamela H. Smith’s Making and Knowing Project at the Center for Science and Society at Columbia University, New York. Tillmann Taape was involved in preparing a masterclass, run by The Making and Knowing research team, which will be part of the upcoming British Academy event Microscopic Records: The New Interdisciplinarity of Early Modern Studies, c.1400–1800. In this blog entry, he speaks about the role of microscopic records in his own research on early modern craft knowledge and medicine in general, and on the relationship between distillation, small-scale materiality, and the body in particular.

Tillmann Taape: Human beings have a knack for understanding and manipulating the material world in which they live, down to the smallest conceivable entity. In the early modern period, the traditional way of knowing nature was through ancient texts: what does Aristotle say about the primary components of matter? How can Galen and Dioscorides help us understand the medicinal properties of plants and how they will act on the body? Far from libraries and universities, however, natural experts of a different sort cultivated equally sophisticated understandings of matter not through texts, but through their daily, physical engagement with materials and processes. Early modern cities were bustling with craftspeople who knew their stuff inside out. Some of them—surgeons, apothecaries, executioners, and other “artisans of the body”—were intimately familiar with the human body and the sorts of materials that could harm or cure. Those who made and administered medicines naturally had a particular interest in managing the invisible and intangible material entities that constituted the healing properties of plant and animal matter.

One such expert was Hieronymus Brunschwig (c.1450–c.1530), a surgeon-apothecary from Strasbourg, which was then a German city. Brunschwig was no university-educated scholar, but an experienced craftsman with a busy medical practice. Nevertheless, he was an avid reader—and, eventually, an author—of medical texts. In his Small Book of Distillation, published in German in 1500 and the first-ever printed book on the topic, he makes clear that distillation was a key technology that allowed one to “separate the subtle from the coarse, and the coarse from the subtle” (fig. 1).

SH: Why was it so important to extract this “subtle” matter or “soul”, which contained the plant’s healing power, from its “coarse” material elements? What does this tell us about early modern ideas of the animate nature of small-scale environmental materiality?

TT: Brunschwig’s explanation refers to the mechanics of medicines passing through the body. Through distillation, he explains, “the virtue in its soul is drawn out from each thing, the better to send it to the place where it may bring greater benefit and healing”—in other words, the purified matter of the plant’s healing virtue is so fine or “subtle” that it easily penetrates the body. He even suggests that it directs itself to the place where it is needed of its own accord—very handy for Brunschwig’s intended audience of household carers and medical self-helpers who likely had little or no formal medical training. The isolation of a herb’s healing virtue—what we might now call the active ingredient—had the further advantage that one did not have to ingest the whole plant with its “coarse” matter. While the “soul” of natural matter whizzed through the body unimpeded and without causing harm, its bulkier “body” could wreak havoc on the way: these coarse “material parts,” Brunschwig writes, “get stuck in various parts of the human body, such as the stomach, liver or intestines, constricting and abrading them, or making them soft and weak.” Other methods of preparation such as a well-strained herbal tea might eliminate some of the problematic chunks of matter. However, this is not good enough for Brunschwig, because “one must still worry that the substance remains mingled in it”—even the slightest tint of the liquid is a sign that the substance of the “body” is still present. Only distillation, Brunschwig claims, can purify and refine the curative material entity to such a degree of subtlety that it passes harmlessly through the body to do its healing work.

SH: Brunschwig’s understanding of and experiments with distillation tell us a lot about early modern notions of agentive small-scale materialities and their relationship with the body.

TT: Brunschwig’s careful thinking about subtle matter, complete with detailed technical instructions, speaks to early modern understandings of the material world, the human body, and the material relationship between the two. His ideas about producing highly subtle material entities were influenced by a fourteenth-century alchemical writer named John of Rupescissa, who believed that repeated distillation could yield a substance so far refined that he saw fit to call it the “quintessence” or “fifth element,” suggesting that it transcended the four elements that made up all earthly matter. By discussing the effect of medicines in terms of their passage through the body, Brunschwig also engaged with medical discourse of his day. The idea that sickness and health were first and foremost a question of liquids and their movements goes back to ancient Hippocratic texts, but in the sixteenth century, this view of diseases in terms of “fluxes” became increasingly popular with laypeople, while many learned physicians favoured a more static view of the body and attributed its malfunctions to general imbalances of the four humours. Thus, Brunschwig’s seemingly somewhat niche concern with subtle, elusive materialities can in fact tell us a lot about early modern conceptions of the material cosmos and the place of the human body within it.