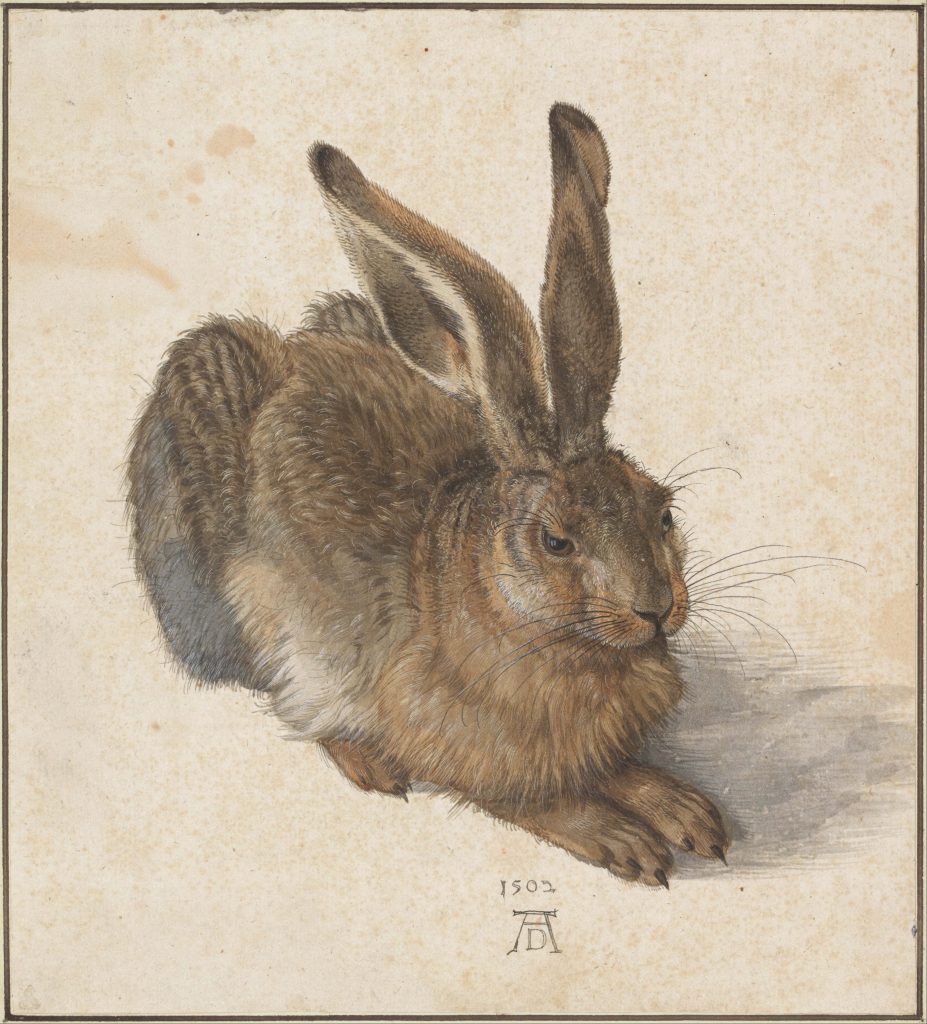 Stefan Hanß: Ulinka Rublack is Professor of Early Modern European History at the University of Cambridge and Fellow at St John’s College, Cambridge. Her pioneering publications on early modern material and visual culture, gender history, the history of the body, and the Reformation movements have shaped many recent developments of the discipline. Her research is a constant source of inspiration for young and experienced historians around the globe. Her monograph The Astronomer and the Witch: Johannes Kepler’s Fight for his Mother (Oxford University Press, 2015) was an Observer Book of the Year, has been awarded the prestigious German Historikerpreis, and inspired the production of an opera as well as a forthcoming film. Her earlier path-breaking monograph Dressing Up: Cultural Identity in Early Modern Europe (Oxford University Press, 2011) won the Bainton Prize. Over the years, she edited among others The Right to Dress: Sumptuary Legislation in a Global Perspective, 1300–1900 (together with Giorgio Riello, Cambridge University Press, 2019), the Oxford Handbook of the Protestant Reformation (Oxford University Press, 2016), and The First Book of Fashion: The Book of Clothes of Matthäus and Veit Konrad Schwarz (together with Maria Hayward, Bloomsbury, 2015). Her edited volume Protestant Empires: Globalizing the Reformations was published with Cambridge University Press in October 2020. In 2018, the Humboldt- and Thyssen Foundations jointly awarded her a life-time achievement award for outstanding research and fostering academic exchange, the Reimar-Lüst Prize. Rublack is the former chair of the UK and Republic of Ireland’s German History Society as well as a Fellow of the British Academy. In this role, Rublack acts as an FBA Champion supporting the British Academy event Microscopic Records: The New Interdisciplinarity of Early Modern Studies, c. 1400–1800.

You decided to start your Concise Companion to History book chapter on the status of historical knowledge with a note on Antonie van Leeuwenhoek’s explorations of microscopic records in Delft in 1683. This is a rather unusual choice that leads you towards a theoretical reflection on how optical instruments relate to broader cultural and epistemic attitudes towards vision, causation, and scale. Also the British Academy event took microscopic records, thus, the small-scale material world as a starting point to reconsider our understanding of the early modern period. Can microscopy help historians to de-familiarise the early modern past?

Ulinka Rublack: I think the historical philosophy of Siegfried Kracauer is key here. Our approaches as historians reflect specific cultural attitudes to scale, and these are themselves an outcome of our interaction with different visual technologies. Historians of knowledge in turn investigate how notions of scale are made to function as particular forms of evidence and truth. They are often essentialized. It is crucial to ask therefore how categories such as the microscopic and macroscopic are constructed and what work they do for particular historians at a particular time, and why.

Any engagement with meanings given to scale in the past can both de-familiarise as well as re-familiarise a period. Leeuwenhoek’s world to me seems interesting because it reflected on shifting scales, in terms of the tremendous growth of cities and trade, for instance, and at the same time tried to find focus in the close observation of manageable worlds. Kracauer’s philosophy encourages us to recover a history seen from multiple stand-points and through different lenses as well as to look at tensions between overlapping experiences of scale and what creativity they generate. 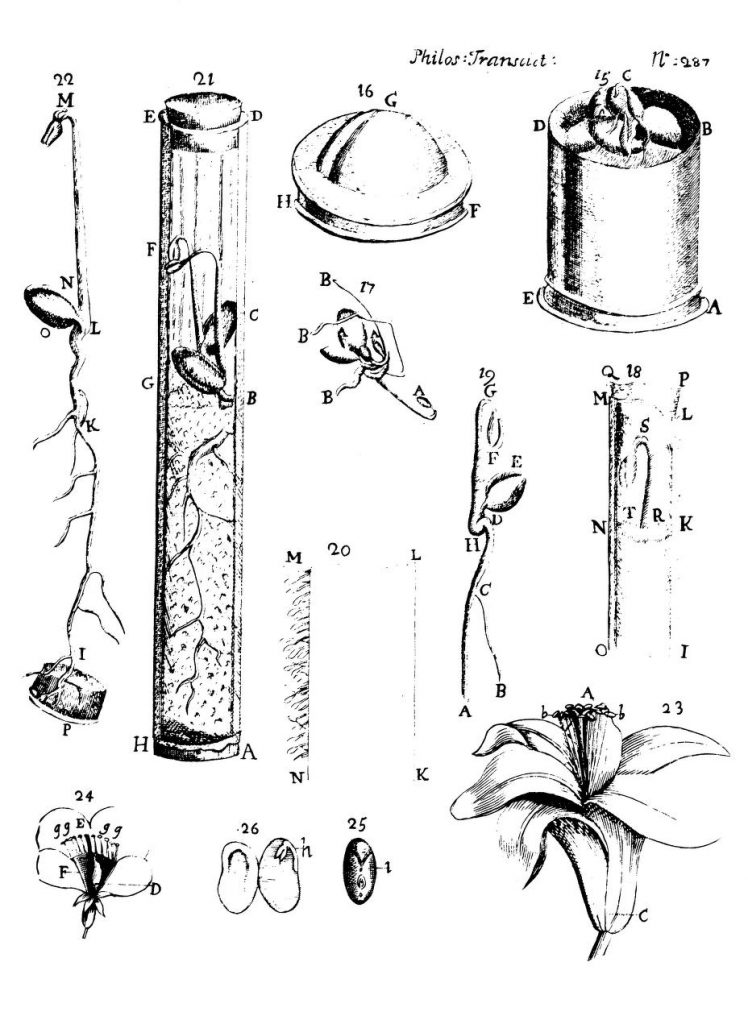 Antonie van Leeuwenhoek’s microscopic study of the seeds of oranges carried out in Delft in 1703 (unknown engraver). © ‘A Letter from Mr Anthony van Leuwenhoek concerning the Seeds of Oranges, &c.’ in Philosophical Transactions of the Royal Society, vol. 23, issue 287 (31 December 1703), archive.org.

SH: Kracauer’s reflections had a huge impact on microhistorical research. To some extent, one might say, the microscope could be considered a new tool of a materials-driven microhistorical research. Your comments also resonate with another important statement by Marc Bloch: “The microscope is a marvellous instrument for research; but a pile of microscopic slides does not constitute a work of science.” Historians’ contributions to a renewed discussion about the microscopic and minute may inform our understanding of the interplay of scale, scalability, contextualisation and causation. What made you interested in using digital microscopy as a research tool?

UR: I first saw my colleague John Styles using a microscope attached to his computer in order to identify fibres that were used in British cloth produced before and during the Industrial Revolution. This was part of his The Spinning Project, and it mattered to draw attention to the extraordinary amount of innovation that happened, often driven by female spinners. I then repeatedly listened to Cristina Carr from the MET talking about her pioneering uses of digital microscopes to analyse early modern embroidery. I understood that it can illuminate makers’ techniques and ingenuity, and thus be a foundational tool for historians. It does not yield much information in relation to some materials, such as glass, but in regard to textured textiles or feather-objects or paint, of course, it can lead us into making processes and the transformation of matter over time. Conservators can’t do without it, but for historians it is still an unusual tool to work with. I have used it most recently to closely look at some small objects in the Uppsala cabinet of curiosities, such as images composed of seeds.

SH: You started your monograph Dressing Up, with a discussion of Albrecht Dürer’s self-fashioning in relation to the new world of Renaissance things. More recently, researchers started to explore this Nuremberg artist’s engagement with materiality more fully. You currently finish a monograph entitled Dürer in the Age of Wonder: Art and Society at the Dawn of the Global Age, and you also contribute to the new Australian Research Council-funded project Albrecht Dürer’s Material World – in Melbourne, Manchester and Nuremberg. This project’s chief investigators are Dr Jennifer Spinks, Prof Charles Zika, and Dr Matthew Champion; its partner investigators are Dr Edward Wouk, Prof Sasha Handley, Prof Dagmar Eichberger, and myself. When discussing Dürer’s engagement with the world of matter, it is important to consider the minute and microscopic. Art historians praised Dürer for his “microscopic vision” (Philipp Zitzlsperger) and wondered whether his skills in small-scale visual observation and material engagement were related to his training as a goldsmith. How did you encounter Dürer’s interest in microscopic records, thus, small-scale materiality in your research?

UR: It has often been pointed out that Dürer is particularly interested in depicting fine hair. For him this relates to his commitment to aesthetic subtlety and command over tools and technique. Nobody at the time quite knew how he achieved these effects. Moreover, we have this unique phenomenon that he made himself look iconic through the way he wore his hair and made his technique of depicting it iconic in portraits. Either way, these fine lines made him as artist recognizable. This is not an original point, but it does sum up for me what is so distinctive about Dürer: his originality was tightly bound up with a desire to be recognized, perhaps in part because he had disappointed his successful father as a teenager when he decided to become a painter rather than a goldsmith. He was exceptionally commercially minded, and fineness was accorded great value at the time.

Yet there are many questions that remain – his famous watercolour of the hare, for instance, was not an item that would have made him much money if it had been sold in his time. He might have shown it to potential clients for other works; but then we also know that Nurembergers never commissioned that much by him. Clearly, in taking so much time to depict a hare, Dürer honoured the new humanist interest in zoology his best friends were invested in, but his own passion, patience and fascination clearly drove him on to an unusual extent.

UR: The Renaissance kept furthering the value of miniature worlds that were already evident in medieval illuminations. Erasmus, for instance, was among those who held that they showcased a maker’s ability more than grand scales. The culture of collecting extended this fascination to unembellished naturalia and their mimesis. Encountering painstaking indigenous feather-mosaics, for instance, became an important influence on prized artists who are now completely forgotten, but during the late Renaissance created imitation birds from tiny natural feathers or miniature dioramas. I want to recover their achievement and philosophy. At the same time, we need to bear in mind how an interest in small scale objects was conditioned by commercial worlds in the long-distance trade. As Dániel Margócsy has shown in his book Commercial Visions, small objects such as shells, for instance, were naturally easier to transport and then to sell as exotica for smaller sums of money to a broader range of customers. We find the dialectic relationship Kracauer was fascinated by – long distance furthering interest in the close up. 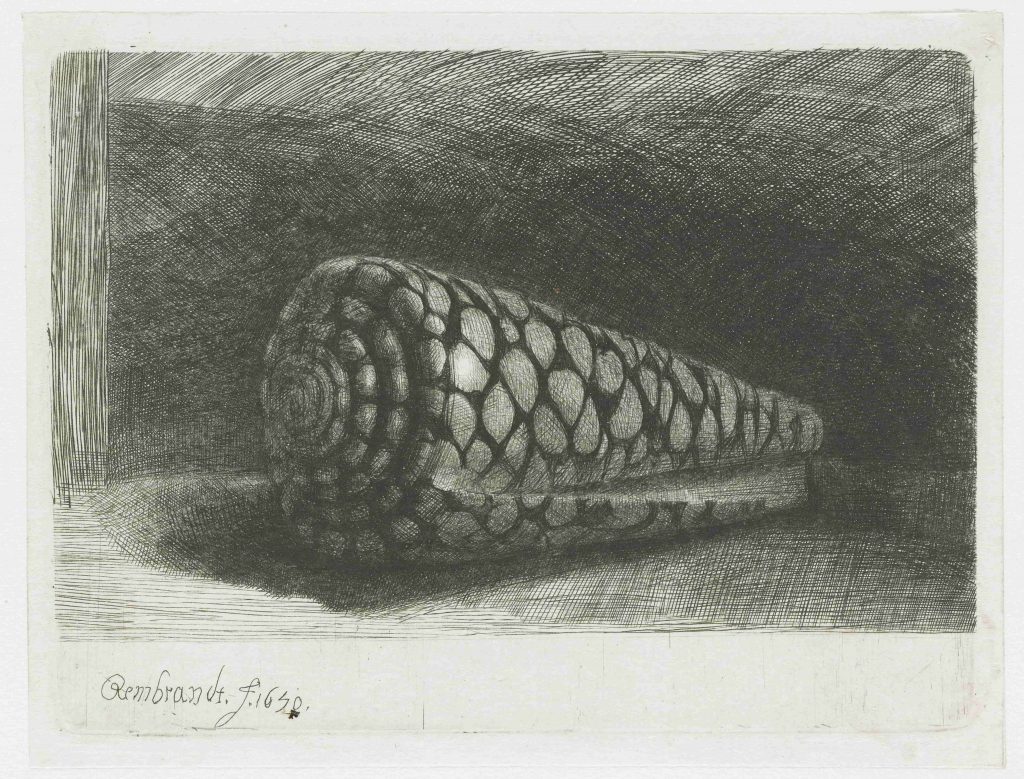 DaCosta Kaufmann, Thomas, ‘For the Birds: Collecting, Art, and Natural History in Saxony’, in Ann Blair and Anja-Silvia Goeing, eds., For the Sake of Learning: Essays in Honor of Anthony Grafton (Brill: Leiden, 2016), 481–504.