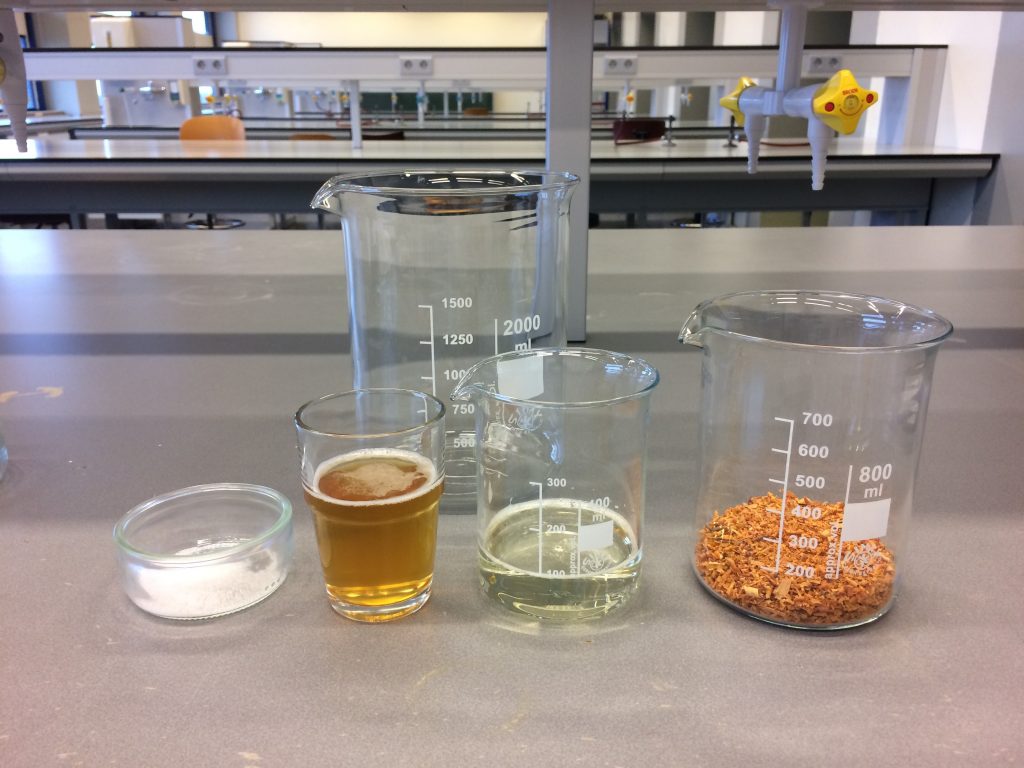 Stefan Hanß: Jessie Wei-Hsuan Chen is a PhD candidate at Utrecht University and an associate of the European Research Council project ARTECHNE Technique in the Arts: Concepts, Practices, Expertise, 1500–1950. In her PhD project, funded by the Dutch Research Council (NWO), Chen tests new approaches to the material and visual culture of flower books, assemblages of flower watercolours, which became a popular genre among collectors and garden enthusiasts in seventeenth-century Germany and the Low Countries. Developing a material- and making-centred approach, her research widens our understanding of these albums’ embeddedness in a broader culture of botanical knowledge-making linking the arts with gardening and collecting. Chen recently published a journal article on the significance of woodblocks for visual botanical knowledge production and knowledge transfer in the famous Plantin printing workshop in early modern Antwerp. As a historian, she has also been trained in illustration herself; she builds on that in her making experiments, which are supported by a generous grant from the Oak Spring Garden Foundation. At the upcoming British Academy event Microscopic Records: The New Interdisciplinarity of Early Modern Studies, c. 1400–1800, Chen will speak about the seventeenth-century Dutch enthusiasm for sunflowers, and how the cultivation of these flowers relates to a culture of material micro-management. In this blog entry, Chen will elaborate more on her making experiments, and how they informed her understanding of the early modern interplay between small-scale materials, the senses, and making. This blog post is also part of her blog series Making Colors.

Jessie Wei-Hsuan Chen: Brazilwood, buckthorn berries, logwood, madder, and weld. Between the months of February and April, my major research activity was boiling these plants. Why? I experimented with a number of recipes for making ink and lake pigments in order to explore the materiality of colors in the early modern period on a small scale. One of them, taken from a mid-seventeenth-century recipe collection, reads as follows:

“How to make Red Inke. Take [Brazill] and seeth it in Vinegar and small beer, in an earthen pot, and put a little Allum therein, untill you taste it to be strong on your tongue, and when it is boyled, straine the [Brazill] through a clout, cleane from the water, and let the water stand and cool for your use.”1

Generally speaking, the first steps in making ink and lake pigment are similar. Immerse a plant in some amount of liquid, usually water and/or vinegar. Heat the mixture for some time to extract colorant from the plant. Add alum in different quantities as needed. Ink requires only a small bit of alum to add some thickness to its consistency. Lake pigment, on the other hand, requires a larger amount because the dyed alum is the main substance that constitutes the pigment.2 The red ink recipe describes many of such generic steps and features.

This recipe is particularly interesting because it specifically mentions the sense of taste. Among all the senses, taste was one that I ignored when creating pieces during my art school years. Working primarily with modern art supplies of all kinds, we were instructed NOT to put anything in our mouths because most materials, while not necessarily highly poisonous, are hazardous to the human body when consumed. The red ink recipe challenged my own understanding of the making process in a confusing way. What does it actually mean to “taste it to be strong on your tongue”? How strong is “strong”? What kind of taste would it be? Sour? Bitter? The listed ingredients (Fig. 1) are either edible or relatively safe to ingest in minute quantities. Nonetheless, remaining skeptical and not daring enough to risk my life in the worst-case scenario, I forewent the step of tasting the mixture for both attempts of this recipe.

Missing the sense of taste did not consequently compromise the experiments. Taste was not the only sense involved in this process. Even though other senses are not mentioned in the text, it became clear that they all played their parts to produce the red ink, and by extension ink and lake pigment in general. Sight, unsurprisingly, was a crucial sense that participated in most of the process. The eyes saw the changes of the color and the consistency of the solution (Fig. 2). They checked the marks on the thermometer and looked out for overflow while boiling. Hearing was attentive to the bubbling sound of the solution. The ears informed me when to start to keep an eye on the decreasing amount of liquid remaining in the beaker (Fig. 3). Touch was alert to the heat to prevent me from scalding my fingers on the hot beaker. Smell did not really have a critical role in this case. However, the aroma of the brazilwood, vinegar, and beer mixture was so overwhelmingly present that it became the most memorable aspect of this making experience.

Fig. 2: The color of the mixture of the first attempt before (left) and after (right) heating.

Fig. 3: This video illustrates the role of the sound of the heating hot plate and the bubbling solution during the boiling process (or click here to see the video on Flickr).

Building Skill through the Senses?

By conducting several experiments involving such and similar ingredients and procedures, I became familiar with the properties of the materials and the typical steps in the making process. After doing it several times, I noticed that how I worked with recipes changed unintentionally. During the second attempt of the red ink recipe, text dissolved into action, and taking notes required more effort because it became counterintuitive. Instead of checking the text at every step, I simply reacted to what was happening in front of me on the burner. The sensorial experience from the previous ink- and lake-pigment-making experiments provided me with a frame of reference to more precisely expect how the materials would behave and transform; I had become fluent in the process of making this ink. Not textual instructions, but sensorial engagements informed me about what (not) to do.

Is this fluency what could be called “skill”? What exactly is skill?3 Having a higher level of familiarity with the materials and the making process does not mean that I can then produce the ink without failing. My first attempt of the recipe gave me a sticky red ink that did not dry. By changing the ratio of the ingredients, my second attempt was less sticky, but the color was too light to be useful (Fig. 4). The product did not show an improvement of my ink-making skill. However, I was able to identify the problems and reasons behind this failure much more quickly. With more attempts, eventually, I will be able to find the right measurement for a result that reflects an increase of the skill level. Perhaps, what skill means in making ink and lake pigment might not be the visible quality of the final product, but the awareness of the senses in performing the actions and identifying the issues. For me, remaking the ink and lake pigment recipes shed light on the simultaneous sensorial engagements in transforming these small-scale plant materials into art materials. By training my senses to be skillful in manipulating these microscopic records, the materiality of colors in the early modern period became more than simply terms and visual samples, but a holistic experience of the body and the mind working together in the making process. 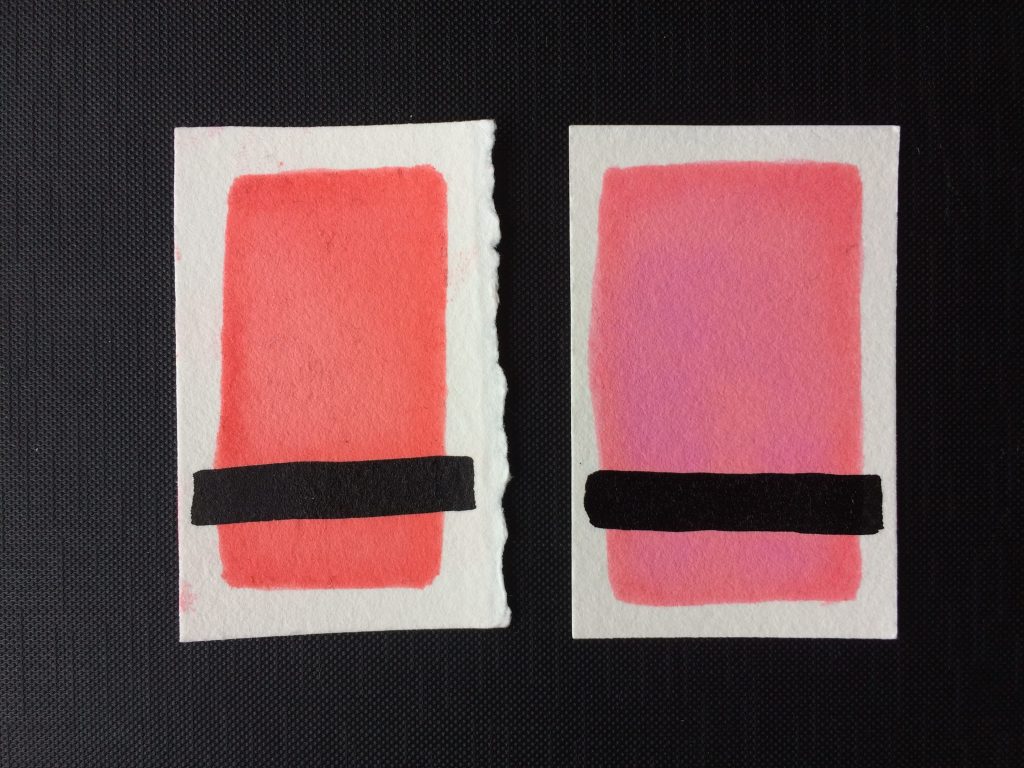 Fig. 4. Swatches from the first (left) and second (right) attempts of making the red ink. Both had a syrupy surface that did not dry, which was then treated by lifting the sticky substance off with a wet brush to allow the swatches to be stored.

1 Recipe from Thomas Jenner, A Book of Drawing, Limning, Washing or Colouring of Maps and Prints (London: M. Simmons, 1652), 30. The given recipe is the description for “How to make a Purple Colour” with logwood. The same instruction applies to making red ink, as the recipe for the red ink does not provide all the steps. Instead, it states “Boyle Brazill as you doe the Log-wood (…)”.

3 Many scholars have discussed senses and skill in different fields. This blog post does not so much engage with the literature since this series focuses on my own observations and questions from the experiments and the making processes. However, one book that has been serving as one of my conceptual frameworks in exploring senses and skill that needs to be mentioned is Tim Ingold, Making: Anthropology, Archaeology, Art and Architecture (London: Routledge, 2013).