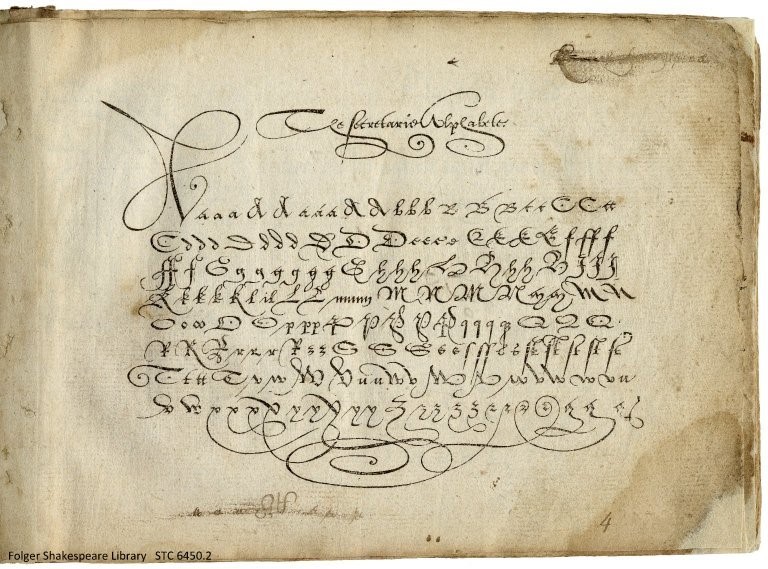 Stefan Hanß: Dr Hannah Lilley is a postdoctoral research associate at the University of Birmingham and a member of the AHRC-funded project The Cultural Lives of the Middling Sort: Writing and Material Culture 1560–1660. This project aims to transform our understanding of how reading, writing and material culture fitted into the everyday lives of England’s “middling” people—neither the very rich nor the very poor—in the sixteenth and seventeenth centuries. Hannah is particularly interested in material texts, scribes as artisans, and textual production by those below the level of the elite. She has been a Huntington Library fellow in 2017 and is currently finishing her first monograph on provincial scribes in early modern England, their creative and administrative practices, and their material encounters. At the British Academy event Microscopic Records: The New Interdisciplinarity of Early Modern Studies, c. 1400–1800, she will present some results of her fascinating research on using imaging technologies to explore scribal practices in early modern England. Together with computer scientist Dr Richard Guest and the Imaging Laboratory of the John Rylands Library, University of Manchester, Hannah is also involved in running a masterclass on the use of imaging and image processing for early modern historians. In this interview, Hannah speaks about the microscopic records of letterforms revealed through imaging, and what they tell historians about the occupational identity of scribes in early modern England.

Fig 1: John de Beauchesne and John Baildon, A Booke Containing Diverse Sorts of Hands (1571). This shows the secretary hand alphabet and the expected appearance of its letterforms by a writing master. How standardised was this script in practice? Image credit: Wikimedia commons.

SH: Not many historians work with imaging technology. What did spark your interest in exploring the use of imaging for early modern history?

Hannah Lilley: My interest in Image Processing as a means through which early modern material culture and, in particular, handwriting, could be analysed, started during my PhD, which I completed in 2019. I’m concerned with how scribes, particularly those working in various occupational contexts, negotiated the materials they used to produce texts and the spaces in which they worked. At the same time, I am also eager to explore how collaboration between the humanities and sciences can facilitate multi-faceted ways of approaching the same research questions. These interests led to my thesis being supervised across faculties, with Dr Richard Guest, a computer scientist and expert in Image Processing at the University of Kent, becoming part of the project.

SH: Could you say a bit more about what Image Processing is, and how you made use of it in your project?

HL: Image Processing is a broad way of describing a variety of methods through which digital images are altered and analysed and a way in which data from images can be extracted and compared. In studies of historic handwriting, it has been used in multiple ways; principally to move towards automatized transcription, for the restoration of damaged texts, and for the identification of scribes. I’m interested in how Image Processing techniques can be used analytically to approach questions concerning scribal practice and skill. Materially, Image Processing renders visible the microscopic, small scale information left by the scribe’s hand whilst writing. In using it, the analysis of scribal practice across multiple hands became possible, because these small traces were more efficiently measured by the software than they were by eye. So the technique was deployed on samples of handwriting from the late sixteenth and early seventeenth centuries in order to explore how it might be employed in the study of scribal practice.

The project’s research questions centred on comparing individuals and contexts looking at:

Richard and I speculatively applied measurements known as ‘Region Props’ to images from early modern manuscripts in various contexts in order to try a new approach to understand how scribes’ handwriting developed within different early modern contexts. Future research will deploy this technique on a far large sample size in order to make definite conclusions about handwriting in early modern England. This study, however, advances our knowledge about scribal techniques and is a starting point to explore how cross-disciplinary collaboration can be used to investigate the microscopic records of early modern scribes. Therefore, it offers a new perspective on the early modern material world.

I selected individual scribes from four contexts: clerks in a provincial town, heralds, provincial officeholders writing in a domestic context, and estate stewards in order to broadly compare between and within four very different manuscript-making worlds. 837 letterforms from these scribes were compared using ten different measurements. These measurements interpreted various features of each letterform—its shape, size, dimensions, density and area—so went beyond what we could analyse using the naked eye. Put differently, Image Processing renders visible the microscopic records of early modern scribal activities. Also, this technique allows the comparison of lots of letterforms at once, using the same measurements each time, which enabled us to look at a microscopic level across lots of writing. In other words, I took small samples of letterform images and analysed them using measurements that would be very difficult to achieve by hand (fig. 2). 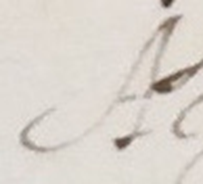 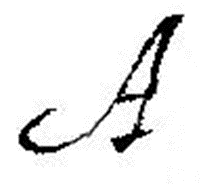 Fig. 2: Example of a letter sample ‘A’: pre-processing (left) and post-processing (right), with the other parts of letters around it removed and ready for measuring. Kent History and Library Centre, U269/1 E128, 29 October 1628.

SH: What exactly were you able to see when focusing on the microscopic records of scribes in early modern England?

HL: After the data was gathered, it was possible to compare scribes across demographic groups and look at how proximate scribes shared handwriting characteristics and how they differed. The results were extremely useful to further our understanding of how scribal techniques and practices developed within specific early modern occupational contexts. Clerks in the Kentish town of Lydd, for example, used the majuscule ‘L’ in very distinctive ways. This came through in the data, where it showed them using the letter in very different ways to scribes working in other occupations. This finding was contextualised by qualitative analysis of the town archive, because scribes in Lydd often embellished the letter ‘L’ of ‘Lydd’ across documents made for the town’s corporation as a means through which writing could be connected to their town. This demonstrates that for Lydd clerks’ handwriting was an embodied practice, where shared techniques were deployed by scribes as a means of expressing their belonging to a community through the visual appearance of records. By analysing letterforms, the gestural world of these clerks was better understood. Marcel Mauss’s description of how movements are shared within social groups as ‘the techniques and work of collective and individual practical reason’ can be applied here, because an individual’s success at mastering the embodied skill of handwriting marks their integration into a scribal community.1

Another feature that emerged from the data about the Lydd clerks showed a change in their collective handwriting practice across time, with post-1590 scribes using far smaller letterforms than those pre-1590 (see figs. 3a and 3b). This demonstrates a collective shift in how letterforms were used across the period, and provides a means through which we might see handwriting technique as being socially grounded. The shift in handwriting preferences across the corporation is not verbalised in the written records, so Image Processing enabled us to see how attitudes towards writing as a practice changed over time.

Fig. 3a: Mean area (in pixels) of samples of letterforms for Lydd clerks, 1560–1640 (earliest to latest, sample for letter ‘y’ does not cover the full period). More information in my thesis: Interpreting Practice: Scribes, Materials and Occupational Identities 1560–1640.

Fig. 3b: Median area (in pixels) of samples of letterforms for Lydd clerks, 1560–1640 (earliest to latest, sample for letter ‘y’ does not cover the full period). More information in my thesis: Interpreting Practice: Scribes, Materials and Occupational Identities 1560–1640.

SH: These are fascinating insights! As you say, contextualisation of such data is crucial. How did you proceed in that regard?

HL: When contextualising the data, it was important to look closely at prescriptive texts which described what handwriting expertise was during this period, and to understand whether, in practice, scribes conformed to these expectations. Consistent size and uniformity were often mentioned as desirable handwriting qualities by writers like John Bales and John Brinsley, and when looking at the data of individual scribes’ microscopic records, the most experienced did show remarkable uniformity in the area of their individual letterforms. Further, this expertise was moralised by writers of handwriting instructions, as I’ve discussed in another Middling Culture blog post. For early modern scribes, mastering a variety of scripts appropriate to the context in which they worked would have been essential to their continued employment and the perceptions of their social connections. Practices, and the way they developed, then, rested on writing environments and the impact spaces, learnt techniques, materials and other clerks had on individual scribes.

HL: Focusing on microscopic records of scribes in early modern England, and on letterforms in particular, provides us with a fuller understanding of the broader cultural significance of handwriting techniques. The differences detected by the measurements applied in Image Processing can be contextualised through an understanding of the environment in which a manuscript was made. I hope that my use of this technique will enable the further study of how handwriting skill developed in social and material contexts and between proximate scribes. I also hope that it will enable more cross-disciplinary collaborations in approaching questions about the early modern material world and for looking at writing from various disciplinary perspectives. In my contribution to the British Academy event, I will argue for Image Processing’s promise as a technique for analysing material practice by presenting some of the initial findings from the experiments and charting the method’s deployment in future, larger projects exploring wider arguments about handwriting in the early modern world.

Twycross, Meg, “Virtual Restoration and Manuscript Archaeology,” in The Virtual Representation of the Past, ed. Mark Greengrass and Lorna Hughes (Burlington : Ashgate, 2008), pp. 23-48.